A comfortable win for Lewis Hamilton in the 2020 Styrian Grand Prix was a huge relief for the reigning world champion, who had suffered a torrid time of it last week in the first of the double-header races at the Red Bull Ring.

Asked how he had turned around his fortunes in just seven days, Hamilton admitted that it had been "with great difficulty."

"Last weekend definitely was psychologically challenging," he told Sky Sports after the end of Sunday's race. "But when there is a will there is a way!"

"[It was a] difficult weekend last weekend but this was a great step forward," he continued. "To have the penalties and then to be called to the stewards on the Sunday morning just before the race and get another penalty there and another one in the race so it's never easy.

"There is nothing you can do about the past," he said. "All you can do is focus and channel your energy to the future.

"I just made sure I stayed here, trained well, ate well, slept well and worked hard with [race engineer] Bono and the guys to understand where last weekend went wrong and corrected it this weekend.

"What a weird year it is. But it's great to be up here and to be driving with this kind of performance. The team did a fantastic job with the strategy and it was up to me to keep it together, stay off the kerbs and bring it home.

“I tried to get fastest lap but of course on 40-lap-old mediums I wasn't going to get it to someone on new, fresh tyres." 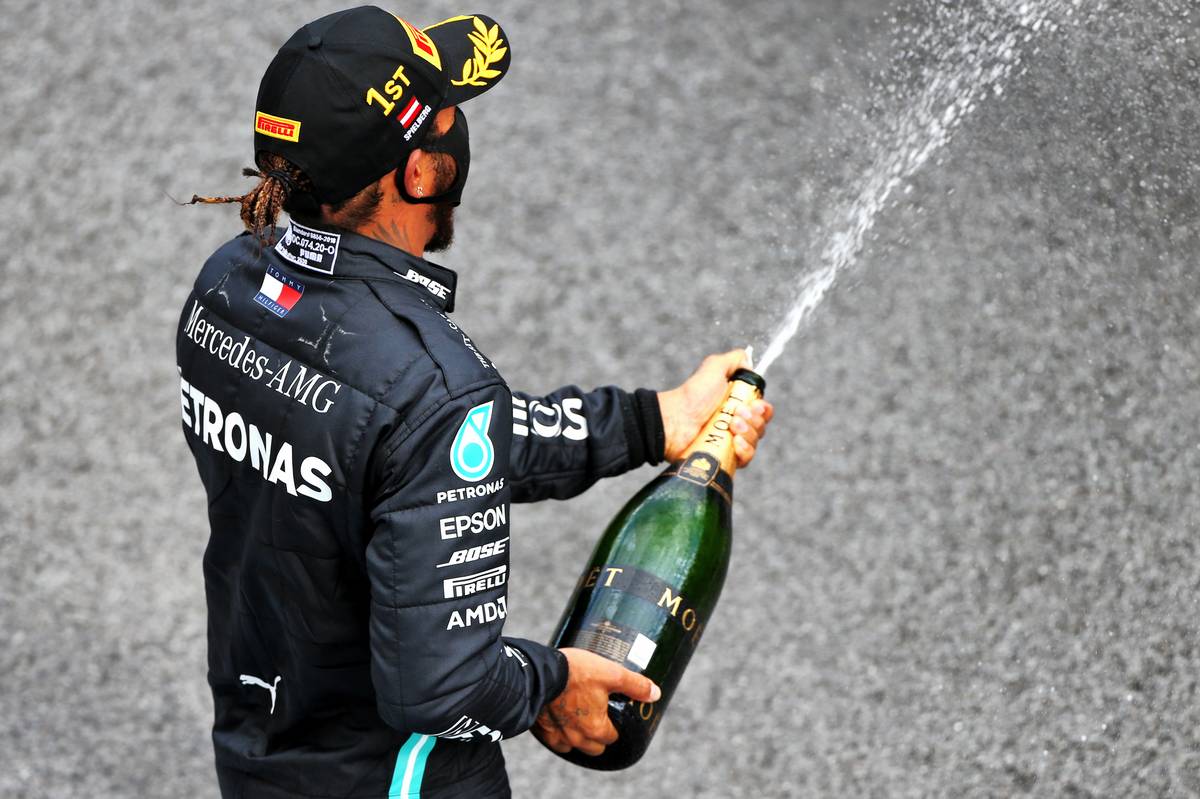 The Red Bull Ring has not been one of Hamilton's best tracks in the past, so to pull off an emphatic victory on Sunday was a significant step forward in his campaign for a seventh title.

“I don’t why there are some tracks where drivers are stronger at some than others, but this is one of my weaker circuits," he acknowledged. "To get a performance like this today, I’m over the moon. So happy! But I do also know there is a long way to go.”

Mercedes team principal Toto Wolff said he'd run out of superlatives to heap on Hamilton after his virtuoso performance coming hot on the heels of a less than smooth outing a week ago.

"I think everything has been said about Lewis' talent and his abilities," he said. "I don't think I've seen anything like this in a top class of motor racing - it's like seeing a unicorn! He was exceptional.

"But sometimes he needs - all of us need - weekends like the last one where we just work really hard to try to recover, and when he is in that mode he is unbeatable."

Binotto on Ferrari drivers' clash: 'Not a time to accuse'