The Silverstone-based squad was fined €400,000 and docked 15 championship points for using a design process that breached the technical regulations.

Racing Point replicated for its 2020 car a brake duct design legally received from engine partner Mercedes in 2019, when the component was not labeled a "listed part", meaning a part that must be designed in-house by a team.

The stewards' ruling stated that Racing Point had "copied the shapes and dimensions of the Mercedes CAD models of the brake ducts into a new CAD model", and that process was the equivalent of using "tracing paper to copy a shape or drawing" insisted the stewards.

Szafnauer took exception to that characterization stated by the stewards.

"They are wrong in that assessment," said the Racing Point team boss on Saturday at Silverstone.

"We have 886 unique drawings for these brake ducts and if you look at the regulations, the regulations say they have to be your design. We designed the whole thing ourselves.

“The stewards are saying, yes but the start of your design is saying you looked at a Mercedes brake duct and started with it, but you have to remember that in 2019 they were not listed parts.

"The thing is, once you learn something on an unlisted part in 2019 or, in our case, in 2018 when we got the information it was legal, and you can’t unlearn that." 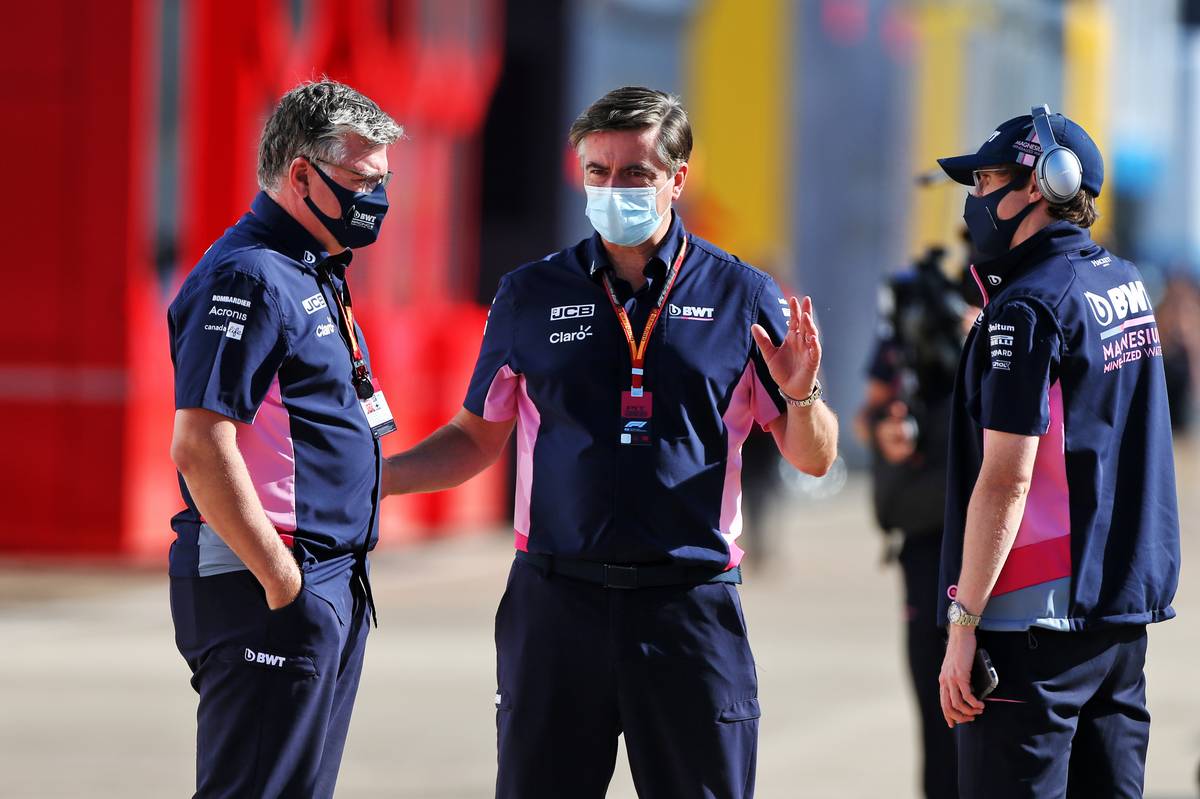 Four teams - Ferrari, McLaren, Renault and Williams - have decided to appeal the FIA's ruling, criticizing the verdict's leniency and the fact that while Racing Point was found to have breached the rules, it is still allowed to use the controversial brake ducts on its 2020 car until the end of the season.

Racing Point has also decided to join the list of appellents - to clear its name as the team insists it has "done absolutely nothing wrong".

"We need to appeal it because we stayed within the regulations, both sporting and technical and we need to clear our name," Szafnauer explained.

"It is unprecedented that last year, this part could be supplied by any team for you and this year you have to design it yourself. We did design it ourselves and we manufactured it completely ourselves. We should not forget we did not get a part from Mercedes at all.

"Formula 1 is all about exploiting the regulations to the limit. Just because we did a good job and have a competitive car, it does not mean we have done anything wrong.

"I don’t think this is about brake ducts because when we do go to the court of appeal, that will be a small bit of it," he added.

"The real conundrum is that people are looking at our car and saying ‘you copied the Mercedes’ or ‘you have copied more than we would have copied’.

"Well unfortunately copying is what Formula 1 is completely based on."

Leclerc not 'surprised' by Ferrari pace in qualifying