The FIA has launched an investigation into the reason why a wheel detached itself from its tether following Antonio Giovinazzi's crash in last Sunday's Belgian Grand Prix.

Giovinazzi crashed on the exit of the left-hander at Les Fagnes on lap 10, but a rear wheel from the stricken Alfa Romeo detached itself on impact and bounced straight into the path of the Williams of George Russell, hitting the Britain's car which itself then hit the barriers.

A tether normally connects the wheel-hub to the chassis, precisely to prevent wheels from bouncing around during an accident.

While the rule, introduced in 1999 and upgraded to double wheel tethers in 2011, has proved efficient, there are still instances where the tethers' reliability is challenged as the element can only absorb so much of an impact without ripping out its mountings.

"But immediately once the car came back to the drop-off area, our technical teams already started their investigation, taking a number of photos, and we've got all the available footage.

"So the FIA technical department together with the safety department will investigate why.

"I think it's too early to draw any conclusions. With an incident like that I think you need to look at all the available data, and process it, and let the appropriate people have a really good look into the whole thing, the incident itself and what happened.

"And then from there actually make an educated decision rather than a knee-jerk reaction, if any improvements are required." 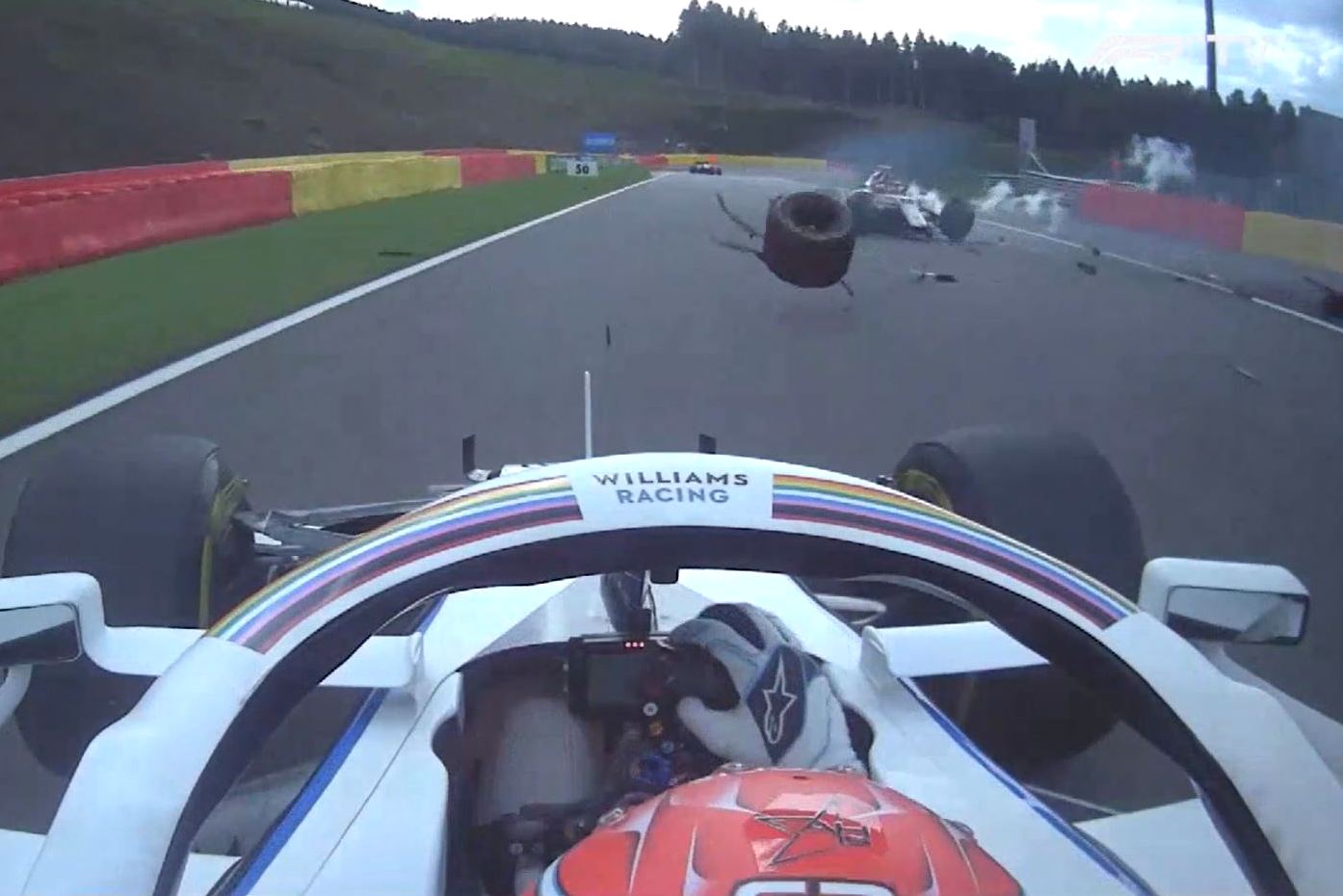 Russell was on the receiving end of the incident, but was fortunately sparred any dire consequences, thanks in part to the halo.

But the Williams charger admits to being surprised that detached wheels are not a more common occurrence in crashes.

"I find it more surprising how it hasn't happened more often," he said, quoted by Motorsport.com. "The amount of force you hit the barriers at, you need something incredibly impressive to be able to hold it on.

"And obviously that’s what we need to work towards, because the reality is, obviously I was unfortunate for it to hit my car today, but that could hit a marshal or somebody in the crowd.

"So that’s the most important thing. And year on year F1 are taking massive steps in safety, and from every incident you learn the limitations, and obviously this is something that needs to be improved."

Nissany back in action in FP1 with Williams at Monza

Vettel buys himself a ride with Williams!