Former Ferrari driver Felipe Massa says that the Italian squad made the right choice in deciding not to renew Sebastian Vettel's contract at Maranello beyond 2020.

Four-time world champion Vettel has been with the team since 2015, and was runner-up in the drivers standings in 2017 and 2018.

But a poor season last year resulted in team principal Mattia Binotto deciding not to extend Vettel's tenure even before the delayed start to the 2020 campaign.

McLaren's Carlos Sainz will take over the race seat next year alongside Charles Leclerc in the hope of reviving Ferrari's fortunes following a tough time for the team as a whole.

Felipe Massa - who drove for the team from 2006 until 2013 alongside Michael Schumacher, Kimi Raikkonen and Fernando Alonso - said that the shake-up was probably the right thing

“Vettel’s time has passed," he told Brazil’s Globo.com this week. "So much so that his results this year show that Ferrari may have taken the right option not to renew his contract.

“To see such an important team suffering in this way is very sad," he added. "Nobody wants to see Ferrari having these problems.

"It is an exceptional team, I have a great affection for them. Without a doubt it is different from all other teams, almost as if it's a religion.

“Of course, they need to have a competitive car before anything else," he added. “But Carlos Sainz is a good driver - he's young and has a lot of room to grow as well." 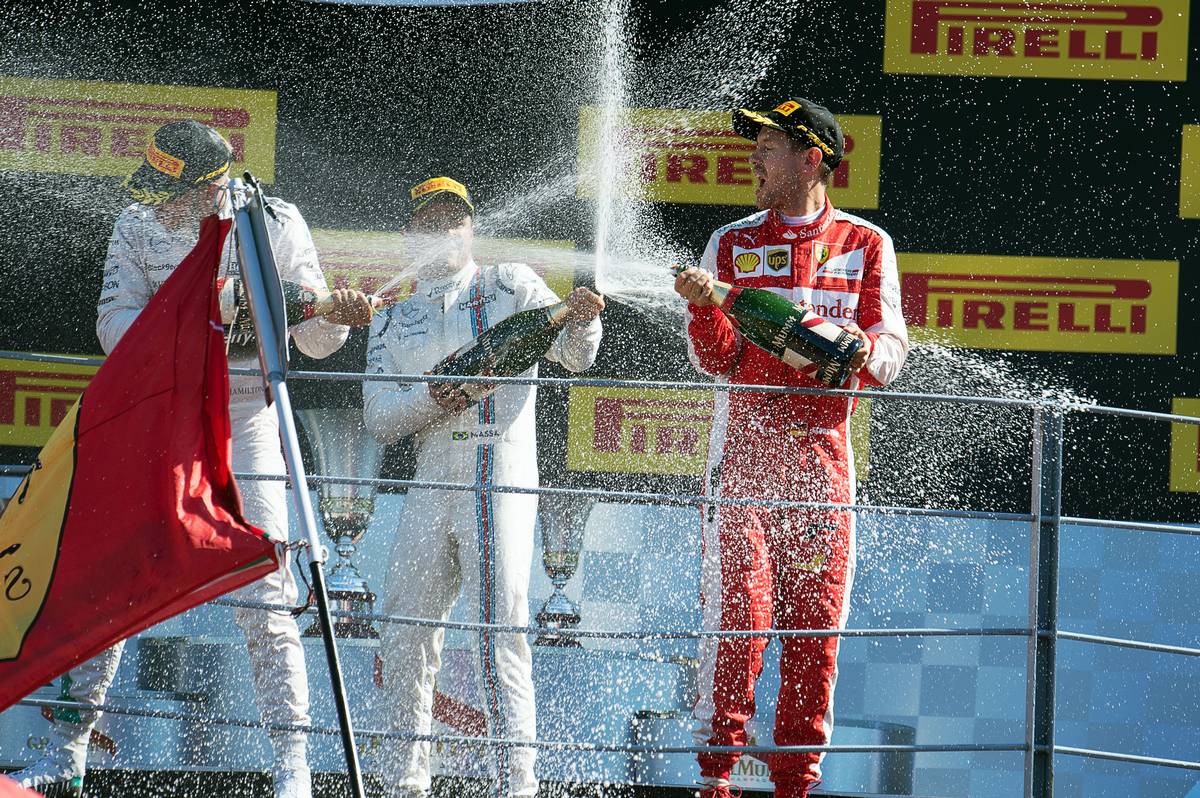 Massa himself never won the world championship, but memorably came within a whisker in 2008 only to be pipped at the last second by Lewis Hamilton.

It was the first of Hamilton's six titles to date, and the Briton is now on his way to a seventh which would equal the all-time record set by Massa's former Ferrari team mate Michael Schumacher.

The 39-year-old - who subsequently drove for Williams after leaving Ferrari, before moving on to Brazilian Stock Cars and most recently Formula E - said that Hamilton's success had been thoroughly earned.

"This is another year in which Hamilton has dominated, playing with the other drivers and doing an exceptional job," he noted. "He deserves it for the driver he is."

However Massa said he would like to see a greater diversity in the drivers and teams taking race victories.

He pointed to the popularity of Pierre Gasly's surprise maiden win at Monza with AlphaTauri, and the thrills and spills of Mugello.

"We have had nice races like Monza and Mugello," he said. "Different things like Pierre Gasly’s victory. I think everyone was rooting for him.”