Carlos Sainz believes that it's unfair that Sergio Perez has been ousted from his seat at Racing Point at the end of 2020.

Perez is just one year into a three-year contract with the team, but ten days ago he was told that his services were no longer required after the end of the current season.

His place at the rebranded Aton Martin squad alongside Lance Stroll will be taken by Sebastian Vettel - the driver that Sainz himself ousted at Ferrari.

"Checo's exit is a shame," Sainz told Motorsport.com this week. "It makes me a little angry, because I have a good relationship with him and I respect him a lot as a driver.

"The team that he has trusted in for so many years, that he practically saved from bankruptcy and that they finally get producing a good car for him, is now the team that does not want to continue with him. It is a real shame.

"Judging on purely performance, there is no reason why he should leave Racing Point or that they don't want him," sainz insisted. "But in F1 there are other interests, things that come with performance that are very important.

"It reminds you that this sport is like that," he added. "It gives you very little return. But it is the one that we have chosen to compete and be professionals in, and you have to accept it."

Perez had admitted that he has no 'fall back' plan in place and doesn't know where he will end up. The late timing of the decision means there are few top seats left for next season.

"I hope he gets a seat that motivates him, that he likes, and that in 2022 it would be a good seat," Sainz said. 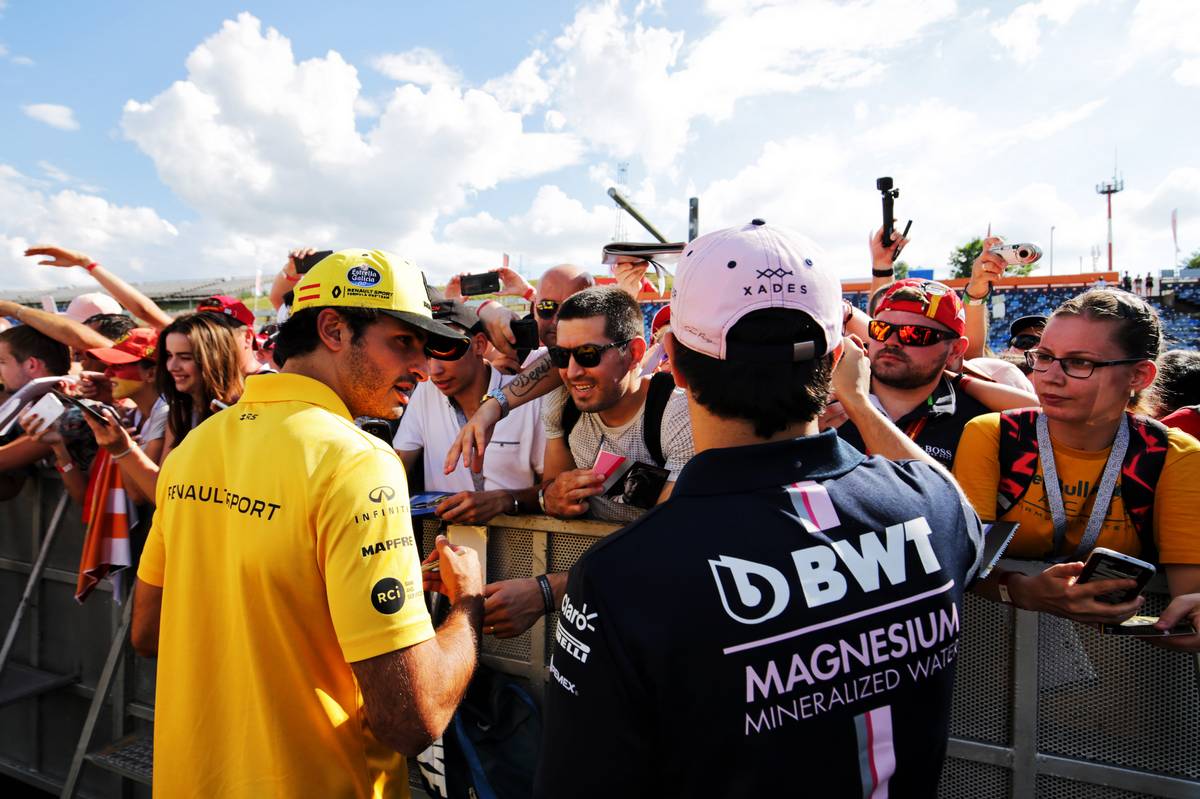 "I have also had moments of uncertainty that are very political and have nothing to do with performance on the track," he recalled.

"It is the area of the sport that is less sporty and that is beyond the control of the athlete. Nobody likes to be in that situation."

Renault's Daniel Ricciardo - himself a part of the same chain of driver moves, replacing Sainz at McLaren when the Spaniard takes over from Vettel at Ferrari - felt that there was still time for Perez to find something.

"Obviously there's fewer seats available, but hope for him that he finds a seat."

Perez has been linked to possible but unlikely move to Red Bull or its sister team AlphaTauri if it decides to release Daniil Kvyat.

Haas is yet to confirm any drivers for 2021, while Alfa Romeo might look for a driver revamp after struggling in 2020.

Or Perez might deciode to look outside the F1 bubble, with McLaren CEO Zak Brown having spoken about giving him a chance to race in IndyCar in the US.

"I think he'll probably end up at Formula 1 is my guess, at either Haas or Alfa Romeo," Brown said last week.

"But if he had an interest in IndyCar, I think he's a great race car driver and we would definitely be interested in talking to him."