McLaren driver Carlos Sainz reckons that Fernando Alonso has timed his return to Formula 1 to perfection.

Alonso made his debut in F1 with Minardi in 2001 and subsequently won two world championships with the Renault squad.

He returned to the team after a stormy season alongside Lewis Hamilton at McLaren, and moved to Ferrari in 2010 for five seasons.

However his reconciliation with McLaren in 2015 did not go well due to problems between the team and its engine supplier Honda.

He 'retired' from the sport to focus on sportscar racing and the Indianapolis 500, but will return to the cockpit with Renault - to be rebranded Alpine - in 2021

And Carlos Sainz reckons that his Spanish compatriot couldn't have timed the move better.

"Renault - or Alpine - is doing a very good job right now," Sainz told MotorsportWeek.com. “They’re definitely in the right direction after a tough year in 2019.

"They look to have found the right path for developing their car and they are making our lives very difficult at McLaren.

“I think Fernando is joining Renault actually at a very good time after some difficult years," Sainz continued. "It is good news for the sport, for Formula 1. It’s just good news for everyone for him to be back."

In a roundabout way, Sainz is one of the reasons for Alonso getting the chance to reignite his F1 career next season. 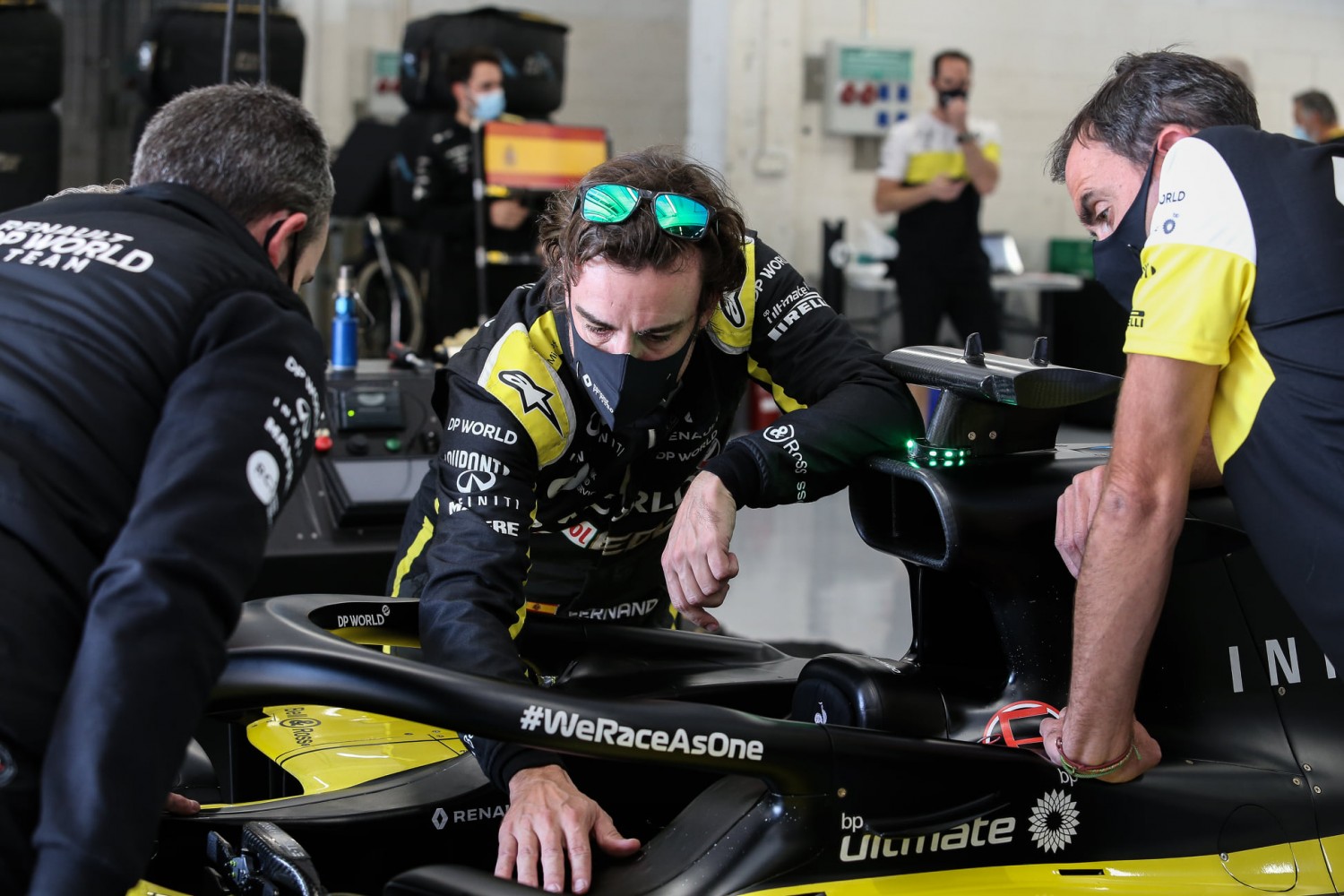 Alonso will take over the race seat currently occupied by Daniel Ricciardo, who is himself headed for McLaren to replace Sainz who has been signed up y Ferrari to succeed Sebastian Vettel at Maranello.

While Renault and McLaren are battling over third place in this year's constructors championship, things are less rosy at Ferrari which is currently only sixth in the standings.

“I cannot be regretting anything right now that is going on at McLaren,” he said. "Honestly, everything is going very well. I’m having a lot of fun in this team, I’m enjoying myself as a Formula 1 driver.

“I feel like it has extracted the best from me, and I’m trying to extract the maximum from the team.”

He added that his only sincere regret of recent times was his self-inflicted accident at the start of the Russian Grand Prix where he misjudged a gap and hit the wall forcing him to retire from the race.

“For sure I regret my Turn 2 at Russia, and it is one of the only regrets!"