George Russell's race seat at Williams is reported to be in jeopardy amid rumours that the team may pounce on the opportunity to sign free agent Sergio Perez for 2021.

After being told last month he was being dropped by Racing Point at the end of the season, Perez had initially been linked with a spot at Haas.

But now Formula 2 driver Nikita Mazepin has entered the frame as a strong contender for the race seat with the American-based squad, leaving Perez looking for other openings.

One of those may be Williams, despite the team having previously confirmed it intended to hold on to both drivers, with Russell set to remain alongside Nicholas Latifi for another season.

Russell's hopes of an immediate promotion to Mercedes had been dashed when his current team exercised its option to retain him for 2021.

But since then the team has been bought out and Claire Williams is no longer deputy team principal. Simon Roberts has taken over as acting team boss, reporting to new owners Dorilton Capital headed by chairman Matthew Savage.

According to Motorsport.com's French site, the arrival of new management means that Russell's future at Grove is no longer as assured as had previously been assumed.

He will spend an anxious couple of weeks before any formal decision is reached, most likely by the end of the month.

Latifi is unlikely to be dropped by the team as hs brings in a considerable amount of sponsorship money to the team, which is still in need of extra funding despite the takeover by Dorilton. 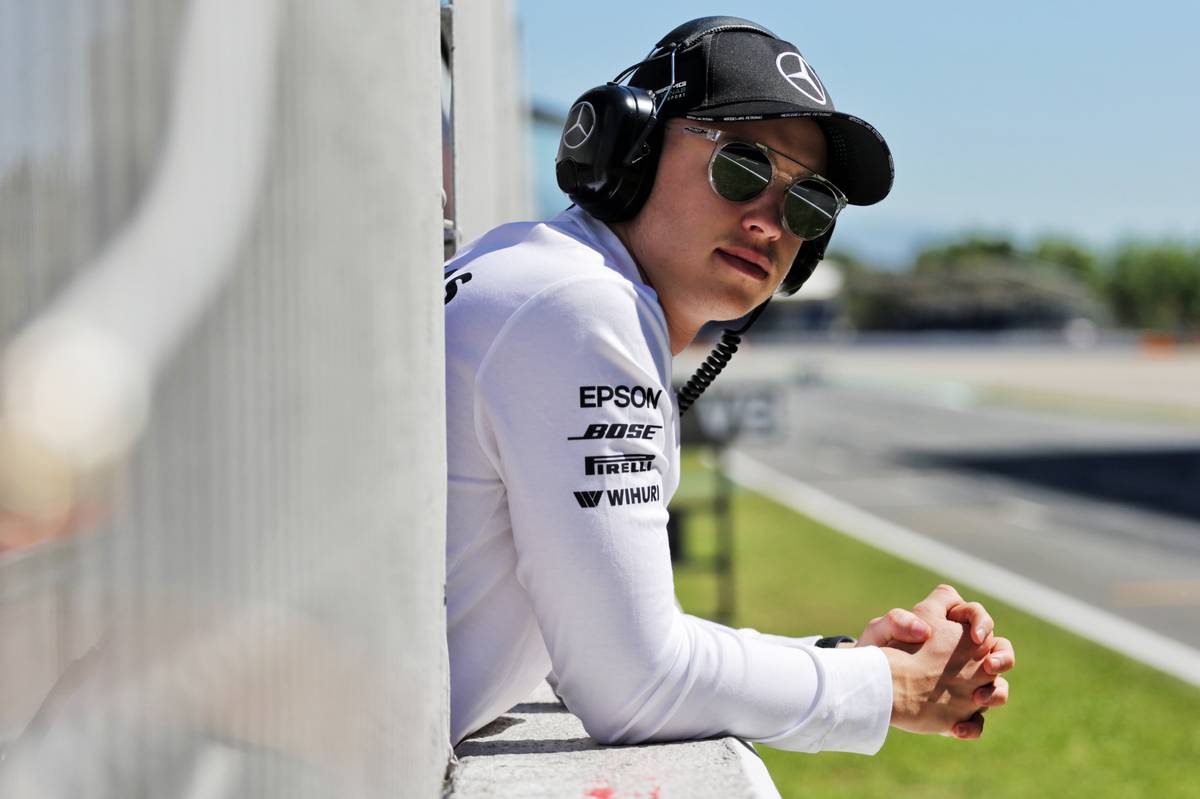 Mazepin would similarly be a lucrative signing for Haas thanks to his wealthy father Dmitry who is understood to be interesting in buying the squad from current owner Gene Haas.

French broadcaster Canal+ reported last week that the 21-year-old had indeed signed a contract with Haas or 2021, although this has not been officially confirmed by the team itself.

"It is a very good year for drivers in F2 and of course Mazepin is one of those drivers," team boss Guenther Steiner said at the Nurburgring. "So why wouldn't [Mazepin] be on the shortlist?"

Another F2 driver, Calumn Ilott, is strongly linked to take the second seat despite the Ferrari junior driver missing out on a maiden FP1 appearance in Germany.

Haas' current drivers Romain Grosjean and Kevin Magnussen are all-but certain to be dropped. "I'm sure that Kevin and Romain will not sit at home waiting for my call," Steiner said.

And with no room left at Haas, Perez may end up usurping Russell at Williams in the wake of a strong run of outings with Racing Point including back-to-back fourth places at Sochi and in the Eifel GP.

Perez brings with him considerable financial backing from Mexican telecommunications companies Telmex and Telcel, although that wasn't enough to stop him from being ousted by Sebastian Vettel from Racing Point, which will rebrand as Aston Martin next year.