George Russell believes that the choice of track layout for next week's Portuguese Grand Prix at the Autódromo Internacional do Algarve means track limits will be an issue in the race.

It's the first time that the venue has hosted the event, which has been missing from the Formula 1 calendar since 1996 when Jacques Villeneuve won for Williams.

The versatile track offers several different possible configurations, and Formula 1 has opted to use the layout that offers a fast right hander at turn 1.

Russell - who knows the circuit from taking part in a FIA Formula 3 Euro race weekend in 2015 as well as testing F1 equipement there in the past - thinks they should have gone for the alternative slower option running right then left and back again at turn 2.

“I’m really excited [to be racing at Portimao]," the Williams driver told Autosport magazine this week.

"It’s a spectacular circuit, very undulating, a lot of blind corners, which is great and adds a lot of character.

“[But] we may have some track limit issues - which I hope can be rectified before we even get there - at turn 1. 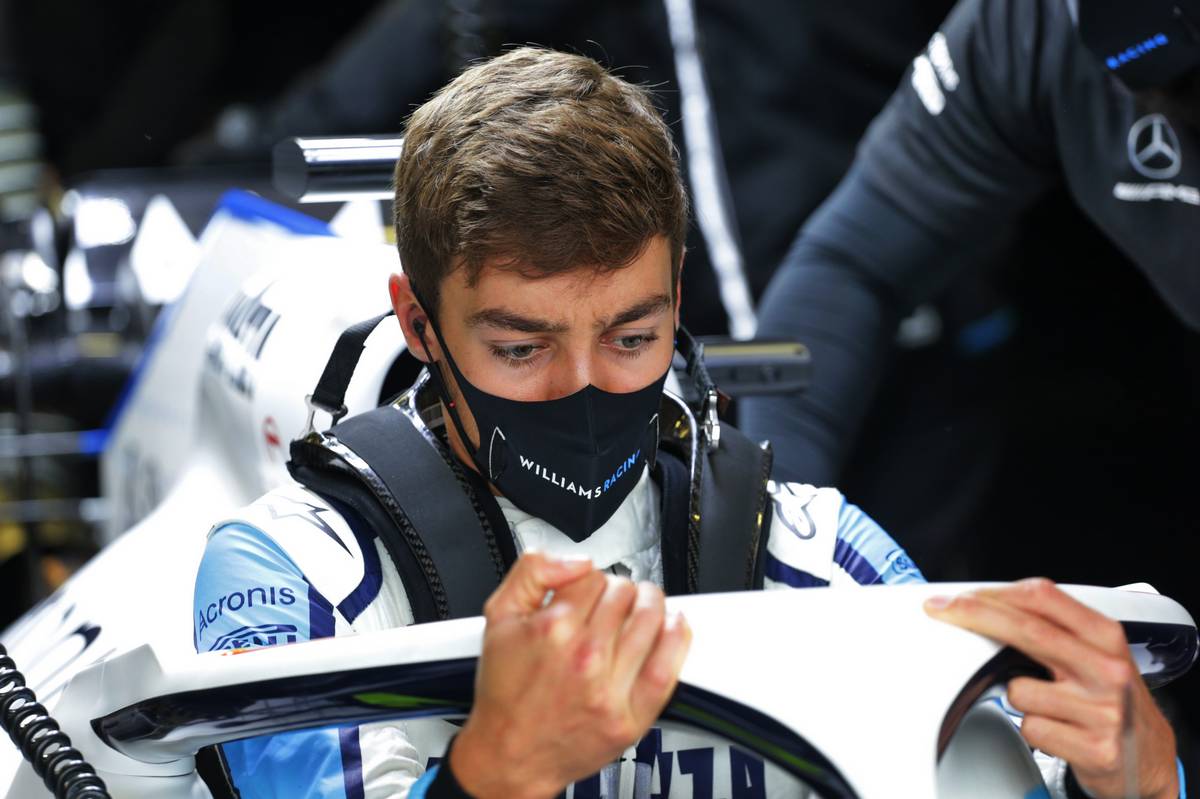 “But everybody was just doing track limits, so they actually adopted doing a sort of a hairpin loop, which was very nice.

"I’m actually surprised we haven’t done that loop," he commented. "For racing it would be better having a slower speed corner at the end of a long straight.

“Obviously I need to wait and see once I’ve driven it in a current car, and how it will all pan out," he admitted. "I’m excited to go there and intrigued for the challenge that we face and the teams face.”

Far from disagreeing with Russell's comments, FIA race director Michael Masi agreed that track limits will be an issue next week - and not just at turn 1.

“Regarding track limits, Turn 1 won’t be the only location that we’ve got a possibility there,” he said. “However, we’ve put some elements in place to try and manage those as best we can for the event.”