Lewis Hamilton managed to secure his 97th career F1 pole position on Saturday, with a final effort of 1:16.652s putting him a fraction over a tenth of a second ahead of his Mercedes team mate Valtteri Bottas.

Up to then Bottas had appeared to have the upper hand in qualifying, but Hamilton's decision to go for an extra final flying lap at the end of Q3 proved to be decisive.

"I can't tell you how hard that was today," Hamilton admitted after finishing on top in qualifying for the 2020 Portuguese Grand Prix.

"At the end, I chose to do three laps to give me a chance at beating his time," he explained.

"I think he decided to do one, so I was like, 'Okay this could provide me an opportunity'. And it worked. That last lap got better and better as I went through.”

Bottas admitted that in hindsight it had been a mistake to go for just one push lap at the end of Q3. “It is annoying, it’s really annoying,” he said after missing out on pole to Hamilton yet again.

"It was my decision to go for one timed lap because it worked in Q2," he told David Coulthard after the end of the session. "But apparently it seems like doing two timed laps for Lewis was better.

“Obviously, with one timed lap you can have less fuel in the car, but you might struggle with the tyre warm-up. I went for that," he said. “It was a decent lap, not perfect.

"It's been tricky here to get really clean laps this weekend because of the way the track is, but the lap was good. I think ultimately I should have gone for two timed laps as well. 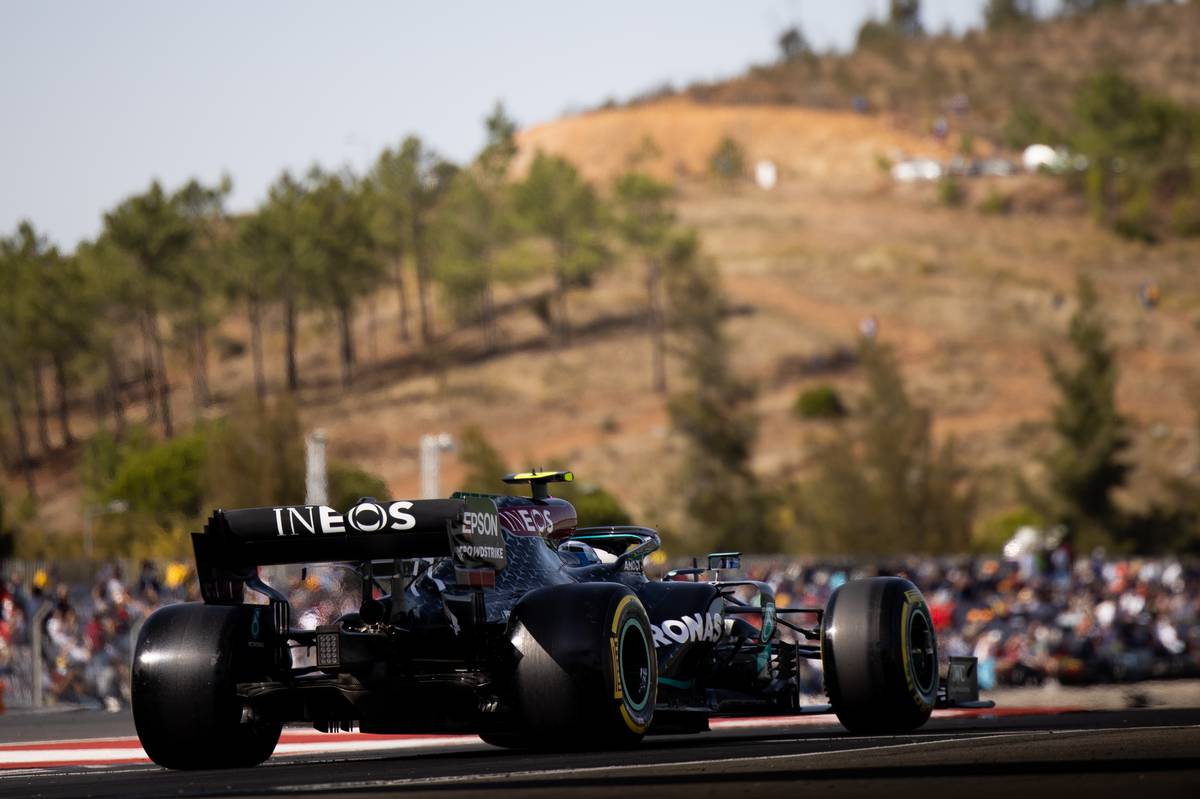 "I was just wishing I could have had one more lap, as I would then have the feel for it. Wrong call from my side. It’s annoying for sure, but Lewis did a good job at the end.

"Knowing that you have the pace, yeah it’s annoying but that’s how it is and I need to quickly forget that. It’s only qualifying and the race is tomorrow and I know I will have the speed.”

Unusually both men opted to make their final Q3 runs on medium tyres rather than the nominally faster soft compound.

"In Q2, I felt the medium was actually a tiny bit better than the Soft tyre over the whole timed lap and that’s why I went for the medium," said Bottas.

"The tyres are very hard here this weekend," he continued. "We've got the hardest of the compounds and getting them to work here is, believe it or not, very, very difficult.

"That's why I wanted to have an extra run just in case the first one wasn't that great. And it worked perfectly.”

The pair will line up on the front row of the grid for tomorrow's race in another Mercedes lockout.

They will also both be on the medium tyres for the start of the Grand Prix, with only Ferrari's Charles Leclerc also on the same compound in the top ten.