Lewis Hamilton pulled off a dramatic coup for pole position over his Mercedes team mate Valtteri Bottas at the end of qualifying for the Portuguese Grand Prix.

Red Bull's Max Verstappen had to settle for third place on the grid, putting him alongside Ferrari's Sebastian Vettel on the grid for the start of tomorrow's race.

Daniel Ricciardo suffered a spin at the end of Q2 that prevented the Renault driver from taking part in the final round of the session, while Sebastian Vettel endured another bad day behind the wheel of the Ferrari which means he will start from 15th.

The weather could hardly have been better for Saturday's qualifying session at Portimão, but track conditions of a different kind resulted in an unexpected delay nonetheless. After a drainage cover came lose in turn 14 at the end of final practice forcing a premature red flag ending, repairs and inspections were still ongoing at the appointed hour forcing race control to put the schedule on pause for 30 minutes. 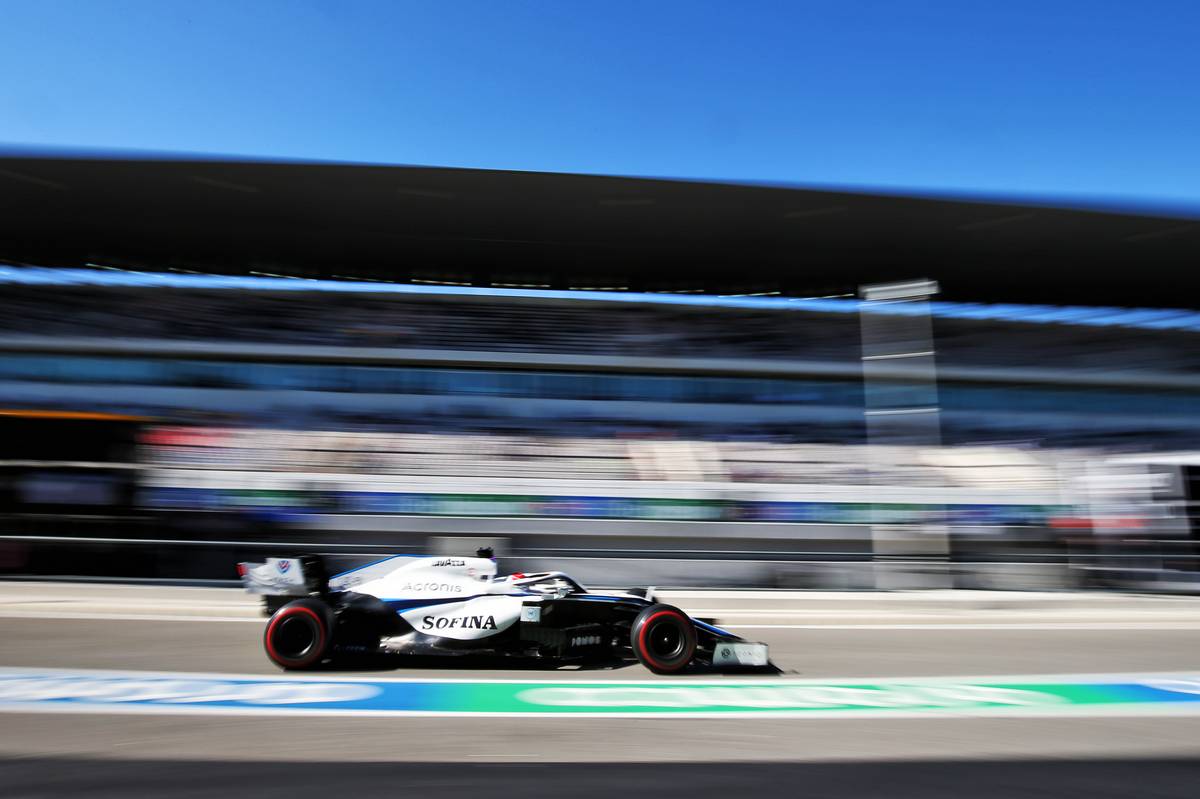 When the lights at the end of pit lane finally went green, half the field was quick to respond and head out onto the Autódromo Internacional do Algarve. Only the two Mercedes drivers Valtteri Bottas and Lewis Hamilton were slow to stir.

Early honours went to Racing Point's Sergio Perez with a lap of 1:18.040s putting him ahead of Carlos Sainz and Daniel Ricciardo. Red Bull's Max Verstappen briefly went quickest with a time of 1:17.700s before a second push lap from Perez put the Mexican back on top by seven hundredths.

Once he joined the fray, Bottas went top with a time of 1:17.064s but Hamilton hit traffic and had to back off on his first flying lap. His next run was good enough for second, half a tenth behind Bottas with Ferrari's Charles Leclerc up to third before he was deposed by another quick lap from Perez.

Verstappen reclaimed the top spot with eight minutes to go only to be bumped off by Hamilton's final run before all the cars returned to pit lane for new tyres and tweaks. Those still languishing in the drop zone were Alfa Romeo's Kimi Raikkonen, Haas pair Romain Grosjean and Kevin Magnussen, and the two Williams drivers George Russell and Nicholas Latifi.

The top five felt happy sitting things out in the garage, while Pierre Gasly, Sebastian Vettel and Alex Albon leapt into the top ten with their follow-up laps. Daniil Kvyat also moved up the order only to have his time deleted for exceeding track limits, dropping him back to 14th and under threat of elimination. Improved laps from Grosjean and Raikkonen briefly saw each man in turn move above the cut line, but ultimately it was a final effort from Russell that saw the Williams make it through to Q2 at their expense. Antonio Giovinazzi joined Raikkonen, Grosjean, Magnussen and Latifi in the bottom five. 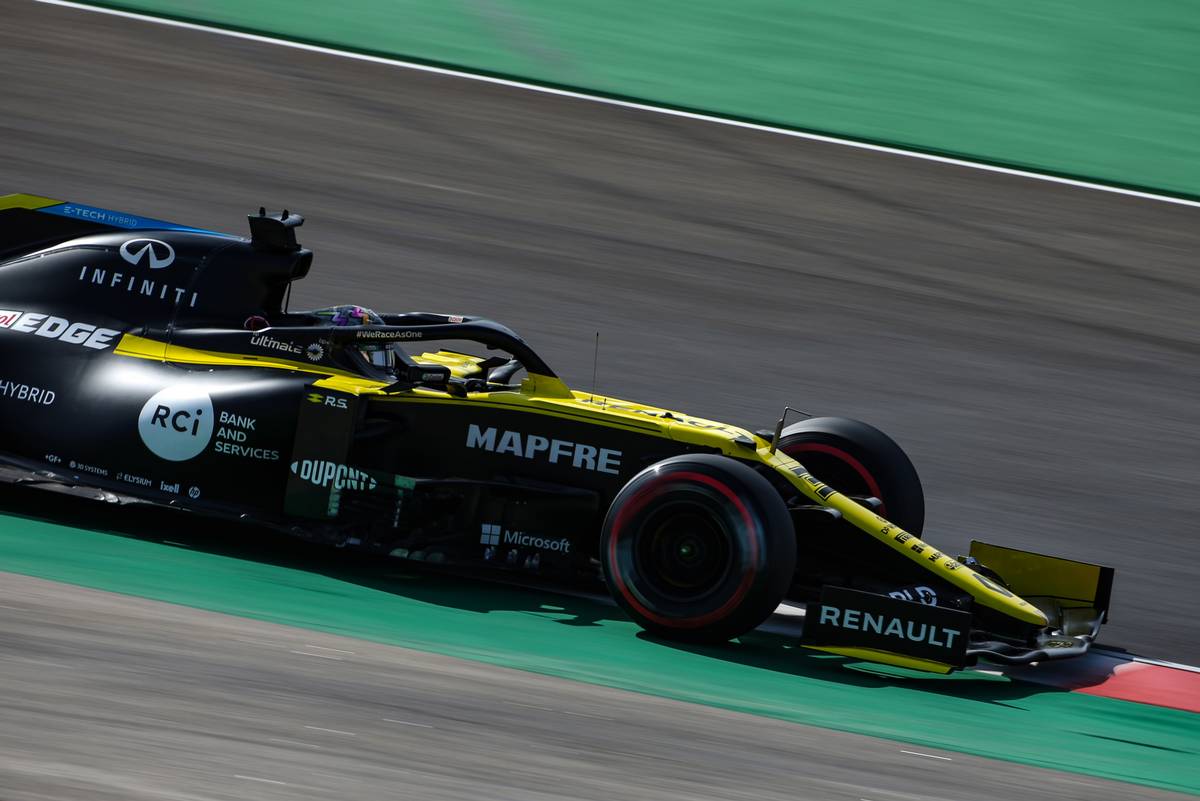 Once again the drivers wasted no time getting back out on track, and this time both Mercedes were promptly in action. Both men were on the medium compound, as were their Ferrari counterparts, while everyone else was straight onto the soft equivalent. Despite the disparity, Bottas soon took charge with a time of 1:16.466s ahead of Racing Point's Sergio Perez.

Hamilton once again hit traffic on his first lap and had to wait until his second effort to slot into second, 0.358s behind Bottas but still comfortably ahead of Verstappen who was up to third on the nominally faster compound ahead of Perez and the two McLarens.

Leclerc was looking somewhat at risk in eighth, while the medium gambit definitely hadn't worked for Vettel who was in 14th where he was joined in the elimination zone by Esteban Ocon, Lance Stroll, Daniil Kvyat and George Russell. However there was still plenty of time for a final run, and with just under minutes to go everyone was back out on track. Even the two Mercedes were back out, now on soft tyres in case there was a need to cover a big jump in track evolution.

In fact the track seemed slower this time out and while there were some improved times, it wasn't enough to change the composition of drivers within the drop zone. However Russell's final effort was enough to put him ahead of Vettel at the chequered flag, a remarkable achievement by Williams to finish ahead of a Ferrari.

Escaping by the skin of his teeth in tenth place was Daniel Ricciardo, who survived a last minute spin off into the gravel. The Renault reversed into light contact with the tyre wall but still managed to get back on track and round to pit lane. 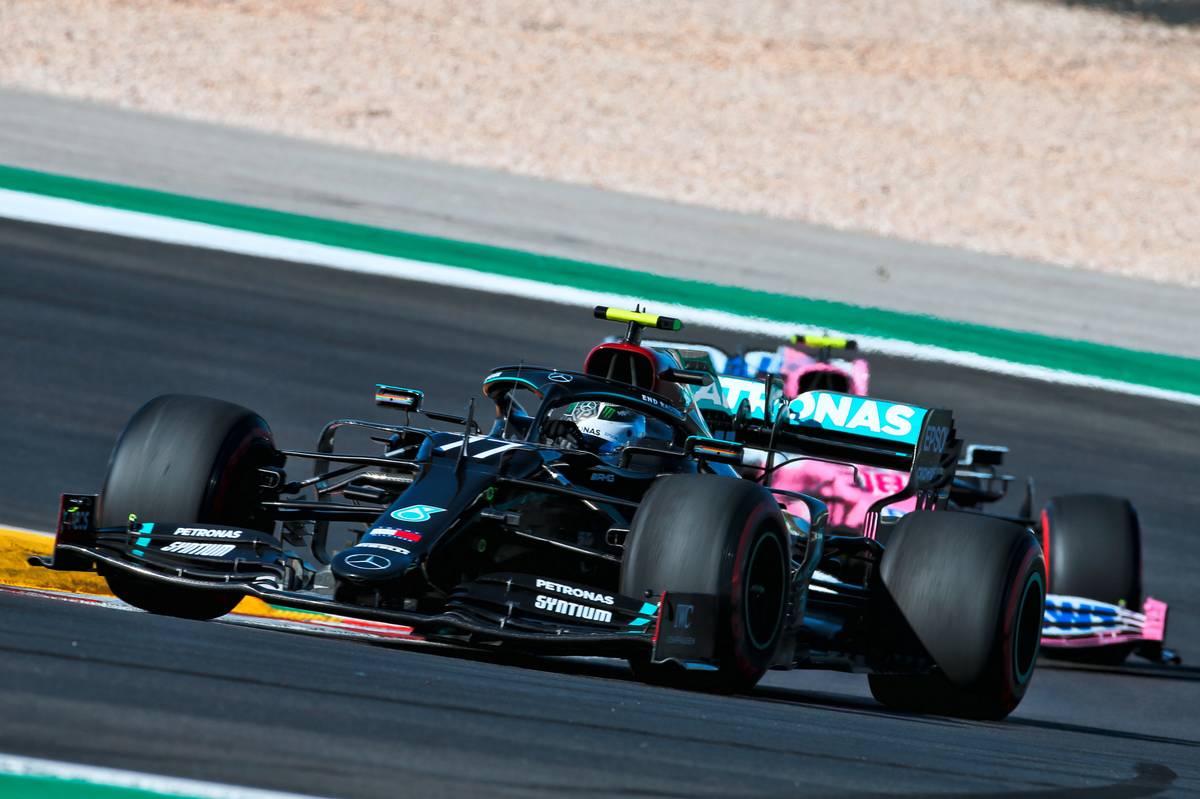 The last 12-minute round saw Bottas lead the charge, setting the first time of the final top ten pole shoot-out round with 1:16.986s while Hamilton was just 0.047s behind. Leclerc and Verstappen had to back off on their first laps, allowing Albon to go third ahead of Perez, Norris and Sainz.

The two Mercedes were already back on pit lane by the time that Verstappen and Leclerc finally posted proper times and moved up to third and fourth respectively. Perez and Sainz also found extra time with their second laps, pushing Albon down to seventh. Sitting out this first charge were Gasly and Ricciardo, the Renault engineers having been forced into carrying out a frantic rear wing change on the Aussie's car after his Q2 mishap.

For their final runs, Bottas and Hamilton made the surprise move to the medium compound while everyone else took the expected soft tyres. Strange choice though it seemed, there was no denying the result when Hamilton went top with a time of 1:16.934s, and Bottas then went quicker still by 0.180s to take provisional pole. Verstappen then split the two Mercedes and put himself in with a chance of a front row spot on the grid.

But Hamilton wasn't done yet, and his second lap was quicker still and put him at the head of the field with a final effort clocking in at 1:16.652s, a tenth quicker than his team mate and thereby relegating Verstappen to third who will now start alongside Leclerc on the grid.

Perez finished fifth fastest with Albon improving to sixth ahead of Sainz and Norris, while Gasly's sole run put him into ninth on the grid after Ricciardo was unable to take part in Q3 after all. 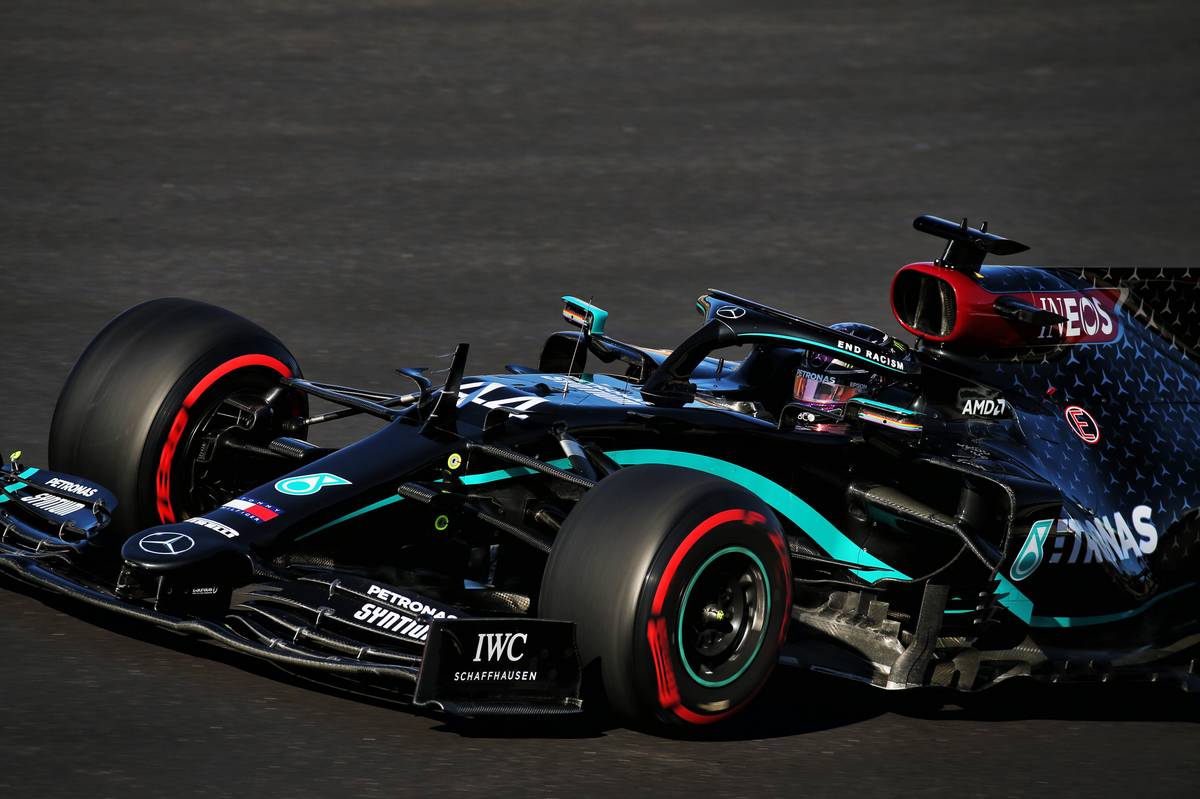 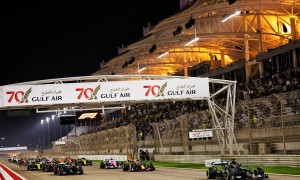