Charles Leclerc says his ability to confirm on race day in Portugal the promising pace showed in qualifying proves that Ferrari is moving in the right direction.

On the back of several small upgrades in recent races, the Scuderia has improved its SF1000. But while Leclerc had qualified well at the Eifel GP last time out, lining up fourth on the grid, the Monegasque struggled to hold his own on race day.

Leclerc again qualified P4 at the International Algarve Circuit, but despite a challenging opening few laps, the Scuderia charger succeeded in capping his weekend with an equally good result.

"It was very important for the team to have such a positive result especially during a race, because at the Nürburgring we were not very happy," he said.

"It was very good in quali but then in the race we struggled massively. So to finally have a very good weekend feels good and it shows that we are working in the proper way." 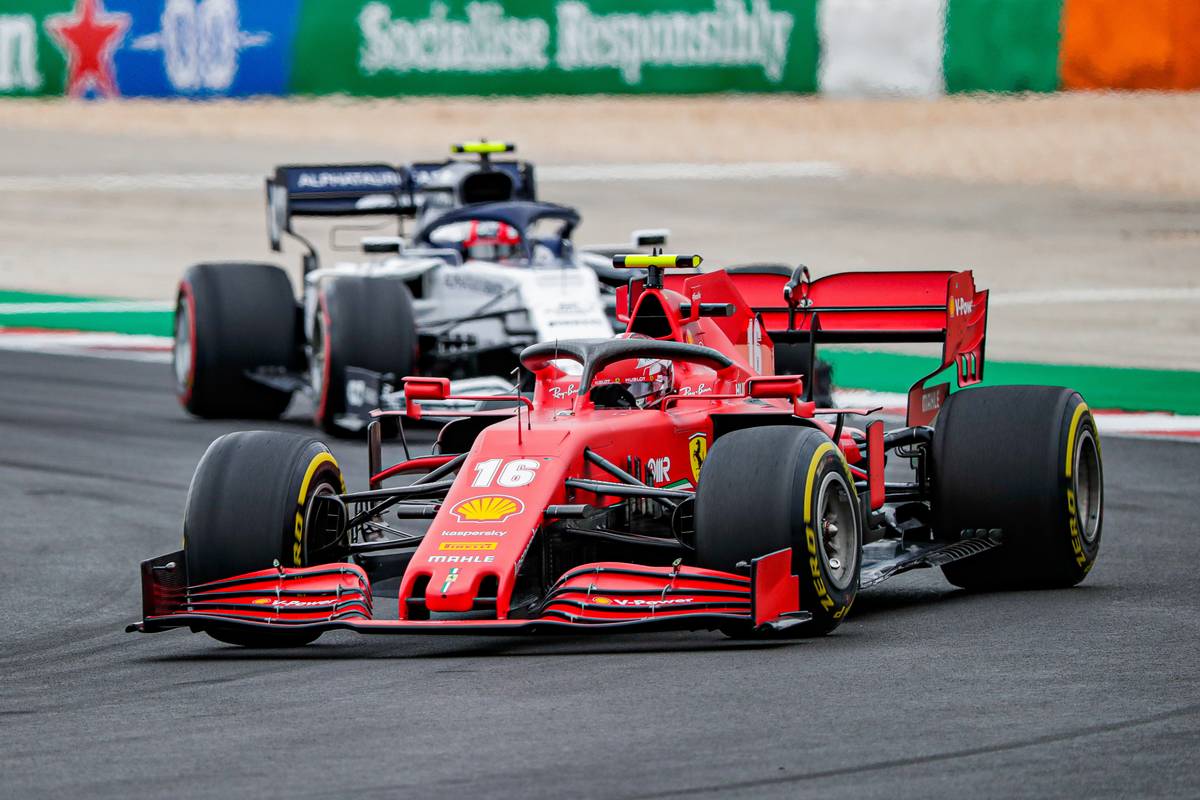 However, Leclerc's afternoon was anything but an easy Sunday drive.

"We struggled massively at the start which cost us quite a lot of overall time for the race but at the end we caught back quite a lot.

"It was a difficult one because in the first part of the race I had to be very patient because I was getting overtaken a bit everywhere. And then lap after lap, I could feel it was coming, and then it paid off at the end.

Despite "feeling good in the car", Leclerc admitted having endured a few hectic moments around Portimão's undulating track.

"It was tricky, I had a lot of moments in the race when I thought I would crash but at the end I kept it on track," he said.

"So overall very happy with our performance today. Fourth place is a great place to go back home."