George Russell was gutted to miss out on a golden opportunity to score his first points in F1 in Sunday's Emilia Romagna GP, the Williams charger crashing out of the race during a late Safety Car period.

Russell had enjoyed a drama-free opening stint on the medium tyre before pitting for a set of hard rubber on lap 11.

A solid effort had allowed the Briton to haul himself into the top-ten when Max Verstappen's Red Bull suffered a tyre failure on lap 50 while running second, an incident that triggered the deployment of the Safety Car.

Russell lined up directly behind the latter but in an effort to warm up his tyres, the Williams driver overdid it and speared off to the left into the barriers, his afternoon said and done.

"I don't know what to say," the gutted 22-year-old told his team over the radio before exiting his car and sitting for a moment in the shade, pondering his blunder and what may have been.

"I’ll never forget this day, this mistake," he later wrote on Instagram. "I’ll learn from it, be stronger for it. I’m so sorry, to the whole team. No excuses." 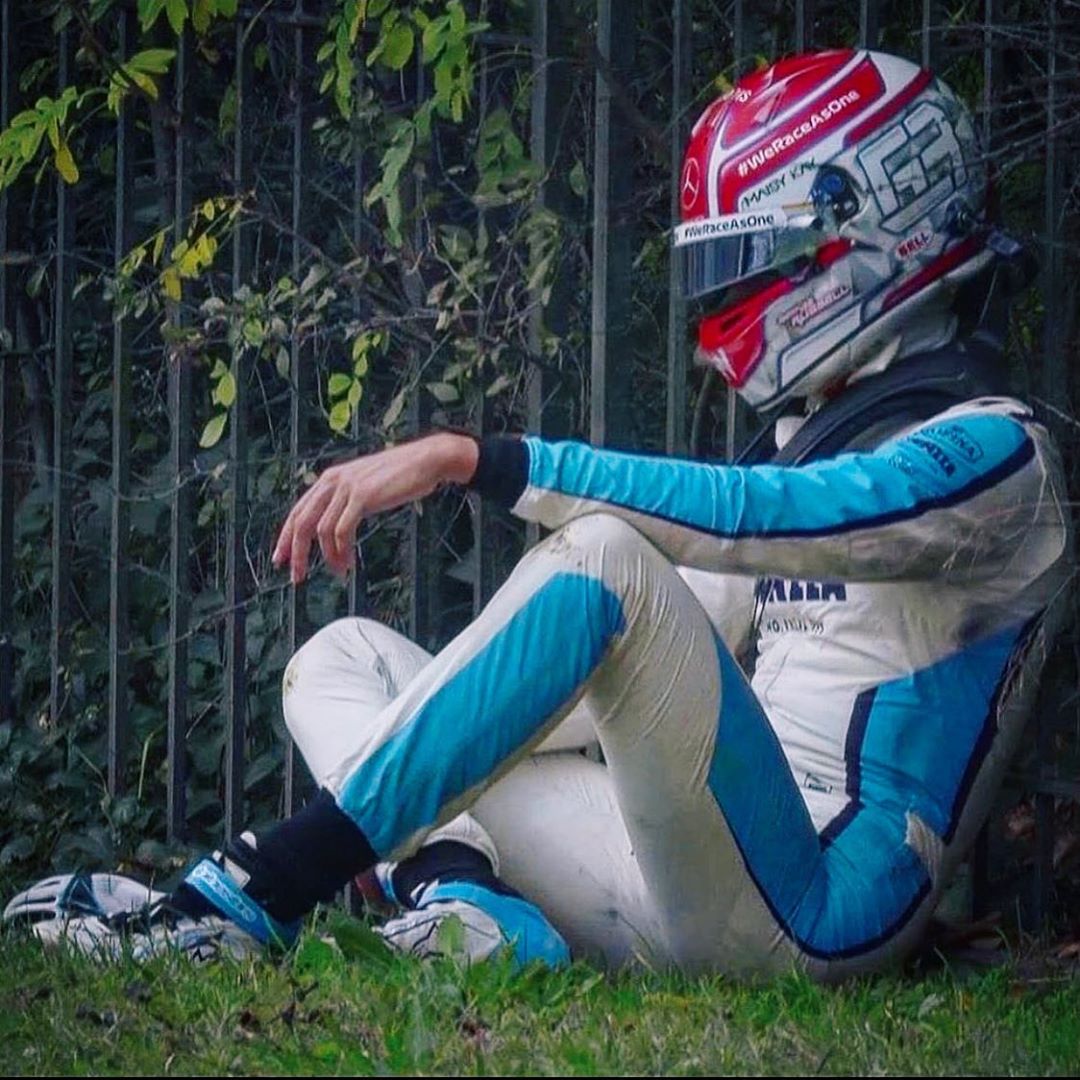 Upon his return to the paddock, Russell was asked what he had to do to secure that elusive first point.

"I don't know, I mean, not make stupid mistakes like I did today," he replied.

"It was a race that I was pushing as hard as I could from lap one until then, the most aggressive I've ever been.

"And I wanted to continue that under the safety car because I knew that with the guys behind me on the hot new tyres, myself on the old tyres, if I had any chance of getting a point, I needed to be super aggressive.

"And obviously, as soon as I lost the car, I was already in the wall, and it's just gutting. Obviously really sorry to all the guys."

Despite the costly setback, Russell highlighted that his performance in the race up until his demise had been achieved on merit.

"I mean, the positives are we were in that position on merit," he said. "I managed to jump Ocon and pulled away from him.

"In the early phase of the race, I was at the same pace as the McLarens ahead of me. The car was alive this weekend, and it was really, really fast.

"It will come I think we're understanding it better and better, week-in, week-out.

"My first laps have been poor, and I made probably quite a bold, aggressive move on Sebastian [Vettel] in the first corner, which is something we've been wanting to work on.

"And like I say, I feel like maybe sometimes I've been a bit too conservative in the races. And I definitely found the limit today."