Just three weeks after securing his breakthrough maiden podium with Renault at the Nurburgring, Daniel Ricciardo was celebrating a second top three finish this weekend in Imola after a 'bizarre' end to the Emilia Romagna Grand Prix.

Ricciardo had been running in the top six with 14 laps to go when Max Verstappen spun out with a right rear tyre failure, triggering a safety car.

While many of the cars around him dived into pit lane for fresh tyres, Ricciardo decided to tough it out with what he had. It meant the Australian was promoted to third place for the restart, which he held on to all the way to the finish.

"Two podiums in three races! It all just happened very quickly at the end there, that was good fun.

"It was a bizarre one. I got into fourth off the start and I felt that was obviously the best we could do with the three in front," he said, referring to Verstappen, Lewis Hamilton and Valtteri Bottas ahead.

"But then [Racing Point's Sergio] Perez had really good pace," he continued. "He passed us through the pit sequence.

"I’m not sure what happened to Max but obviously that put us in the fight," he added. "[Perez] pitted for the softs at the end with the safety car, we obviously kept track position.

“I was honestly surprised to see him box," Ricciardo admitted of Perez' decision. "He was quicker than us today and that is the truth.

"If he'd stayed out with the same car, same tyres he should've held on to third," he acknowledged, "Very surprised he boxed." 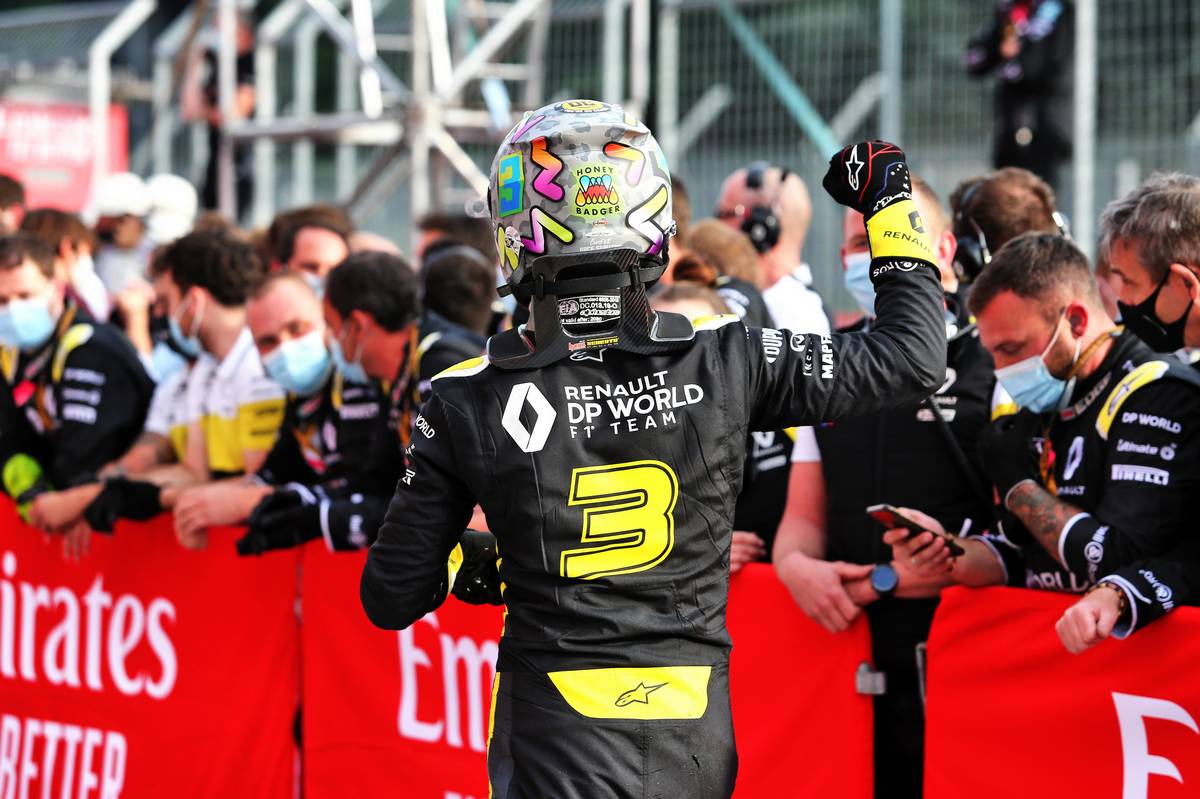 Perez himself admitted that it had been the wrong call: "We basically gave the podium to Ricciardo," he said later. "It's a painful day."

As for his own decision to stay out on older tyres, Ricciardo said it had seemed like the right and obvious call at the time. “The team asked how my tyres were and I said I was happy, I think that was enough for them to keep me out.

"I was more happy to go out swinging, and if Perez had come through and passed me then [fourth] is what we would have been anyway."

In the end, the threat to Ricciardo's looming podium came from AlphaTauri's Daniil Kvyat who was flying through the field on fresh rubber. "Kvyat came out of nowhere the last few laps, but that was fun!"

Ricciardo was able to hold on to the position all the way to the finish. Despite team mate Esteban Ocon retiring on lap 27 with a clutch issue, it means Renault has now moved up to third place in the constructors' championship by one point ahead of Racing Point and McLaren.

However, team principal Cyril Abiteboul had been quick to tell his driver that there would be no second tattoo as a result of their pre-season wager about Ricciardo snatching a podium in 2020. 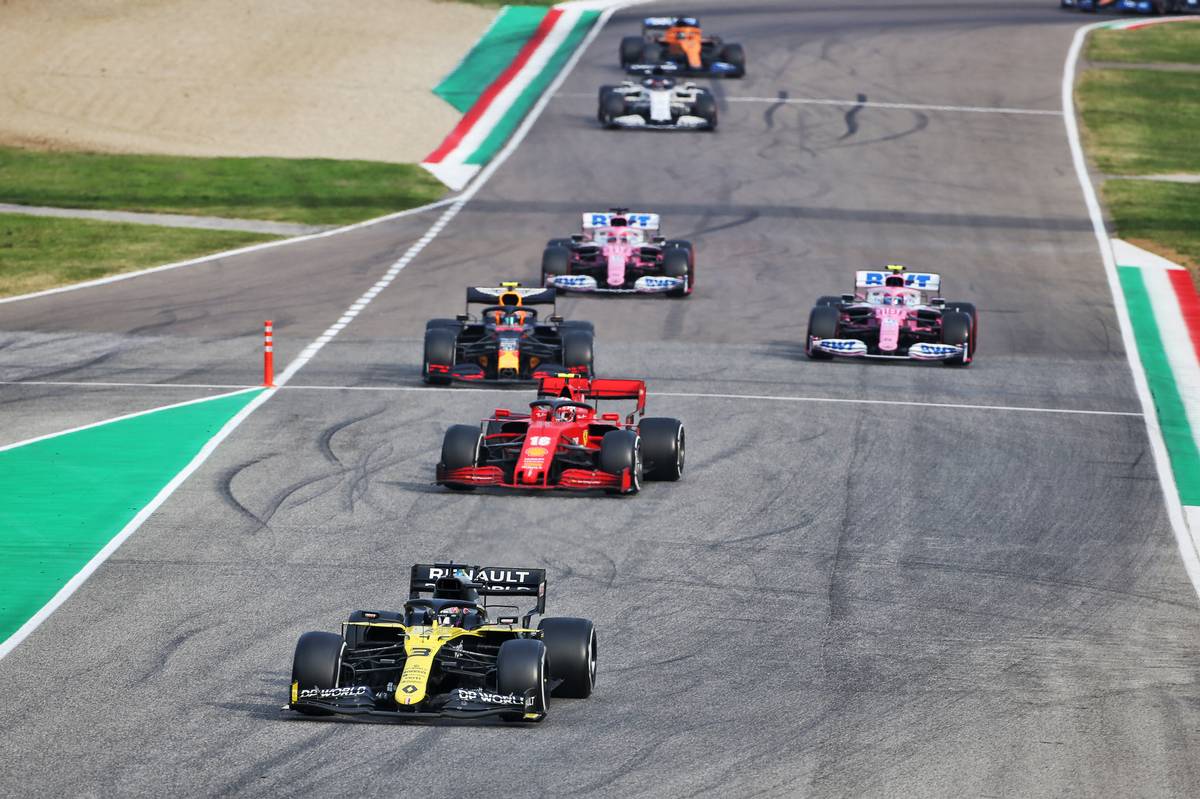 “Before he said congratulations he said, ‘Don’t even think about getting me two tattoos, it’s just going to be one!”

Famous for celebrating his podiums by drinking champagne from his race shoe, Ricciardo forgot the tradition at the end of the Eifel GP but followed through with his promise to all his Australian fans to do it this time.

“I think they will be dancing because I didn’t forget the shoey this time,” he told Sky Sports F1. But he admitted that he had been shocked when race winner Lewis Hamilton joined in.

“I was about to drink a beautiful, fresh shoey and I heard Lewis [Hamilton] say ‘take your other shoe off’," he said.

“I was like ‘No’, because three years ago on the podium he goes: ‘I will never ever do that. I will never drink it. You can offer but I’ll never do it’.

“But he asked for it today and that took me by surprise. 2020 is the year of the strange, though, so it was good fun.”