The Red Bull driver was on course for runner-up spot behind race winner Lewis Hamilton at Imola when a blown tyre on the approach to Variante Villeneuve sent the Dutchman into the gravel trap with just 13 laps to go.

The sudden nature of the failure pointed to the probability of Verstappen hitting a piece of debris just before.

"Obviously we need to look at the medium tyre that had completed 32 laps with Red Bull's Max Verstappen to understand exactly what happened," commented Isola.

"It seems that some debris on the track could have caused a puncture." 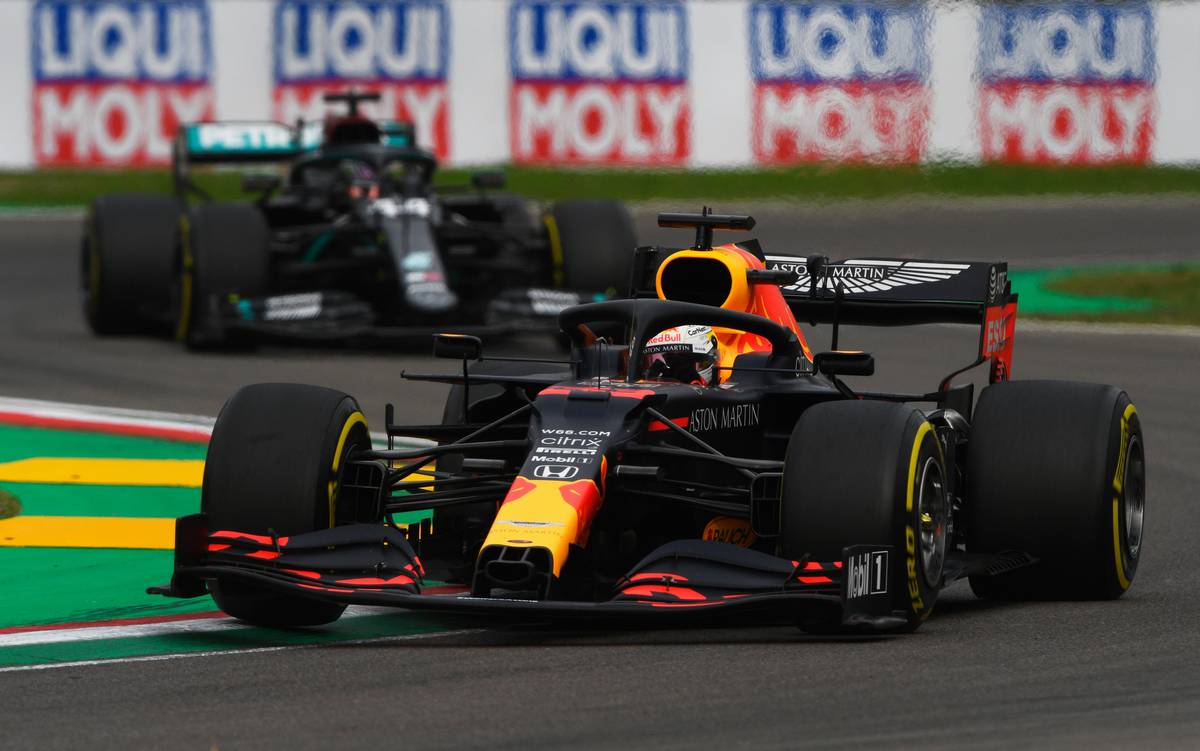 The retirement marked Verstappen's third DNF in as many races in Italy this season, and his fourth overall in 2020.

"I had a good start and was enjoying fighting and staying with both Mercedes cars," said the Red Bull charger.

"I pitted early to trigger the pit stops and Valtteri [Bottas] followed, but he had damage and started holding us up after the stop so we lost a lot of time to Lewis who was in clean air.

"Once I got past him, the pace was there and the car felt good. I was actually having a lot of fun and then suddenly on the straight I lost the car because of some sort of tyre failure.

"It’s a big shame because it would’ve been very nice to have second place and another podium.

"It is what it is and to score zero points is obviously not what you want but overall the race itself was very positive."

Confident Kvyat earned P4 thanks to 'some brave racing'