Esteban Ocon hailed the "incredible form" that put his Renault teammate Daniel Ricciardo on the podium twice recently, but the Frenchman vows to also step up onto the rostrum at the earliest opportunity.

Ocon returned to the grid this season after a year on the sidelines, but the Frenchman's performance has lagged relative to Ricciardo who has contributed 95 of Renault's 135-point tally in the Constructors' championship.

Ocon has struggled to match his teammate's pace in qualifying, but on race day the 24-year-old has suffered from his unfair share of mechanical failures, the last of which occurred last weekend at Imola and prompted an official apology from Renault F1 boss Cyril Abiteboul.

"I’d like to apologise to Esteban as it was another retirement due to a technical issue," Abiteboul said.

"He was not far off in qualifying and had a decent start to be in the mix despite the early stop to remove the tear-off from his ducts.

"He then suffered from an issue that caused some trouble with his gearbox and he had to retire. It’s a shame as Daniel has shown that when the car is working, there is pace and competitiveness." 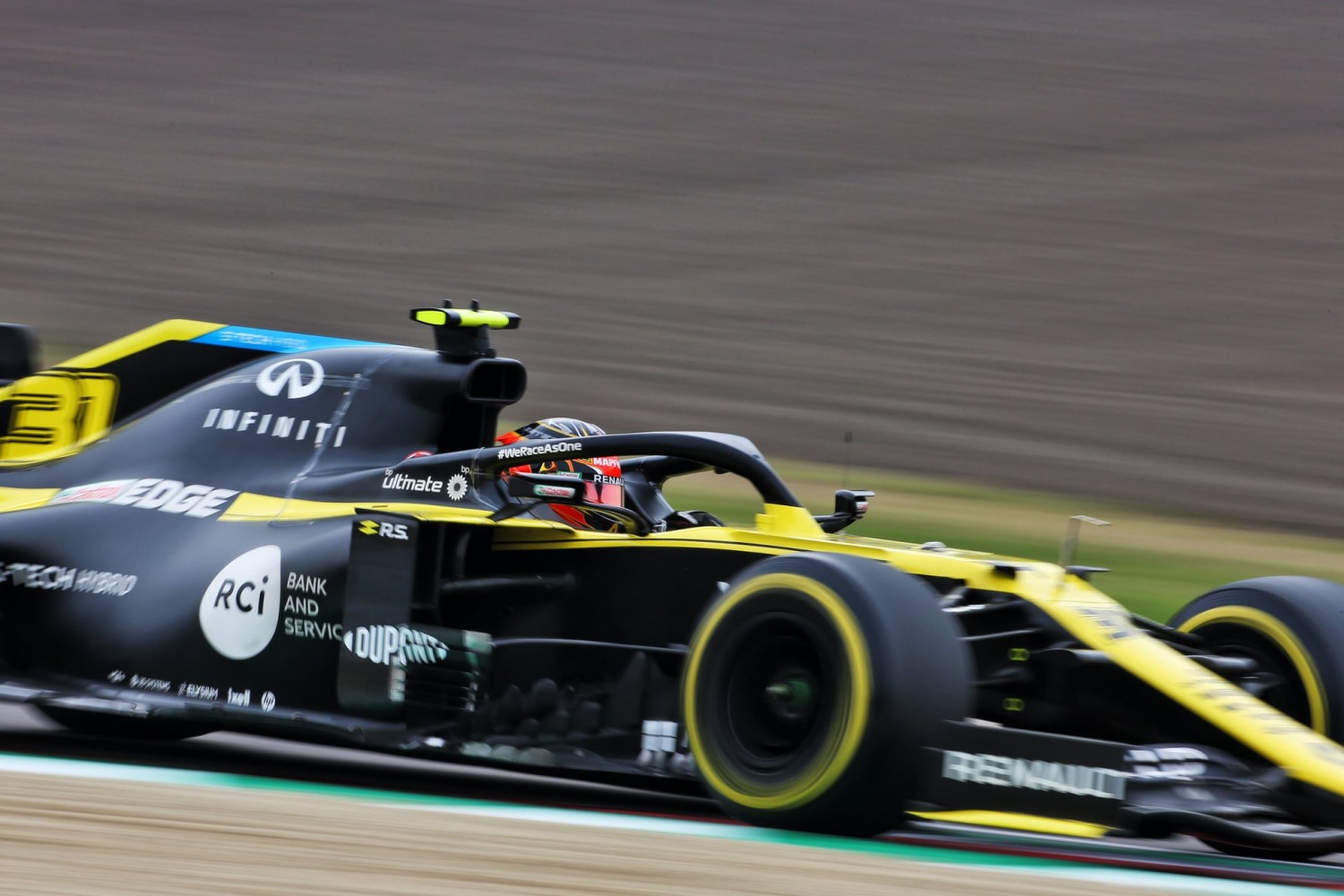 Despite the setbacks, Ocon is more determined than ever to haul himself onto the podium in the near future.

"I must say, Daniel has been in incredible form," Ocon said in his monthly Formula1.com column.

"The feeling in Germany when he got the podium meant a lot to the team and to see everyone with a smile on their faces in Parc Ferme meant a lot.

"It’s no secret that I aim to be up there soon, and I want to make sure I’m contributing my part to the team effort.

"I know the ability for strong results is there on my side of the garage, but I’ve retired from two of the last three races with technical issues.

"We must finish races and I know, if we do, we can be up there.

"Portugal was a damage limitation race for us as team as we didn’t quite have the pace to break closer to the top five, so to score points was still a good result."

Renault is locked in a massive battle for third in the Constructors' standings with mid-field rivals Racing Point and McLaren, with just one point separating the trio.

For now, Renault has a small upper-hand over its opponents, a position the team fully deserves insists Ocon.

"I think, as a team, we wouldn’t be kidding anybody if we said we’d expected to be third in the championship 13 races into the season," he admitted.

"But that has been down to a really big team effort from everyone executing the races trackside and all the preparation and hard work at Enstone and Viry. I do feel we deserve to be in this position.

"We’ve shown, especially more recently, we are quick at a number of different circuits as well as in varying conditions. We also know our competitors are fast and are not making it easy for us."

With four races remaining on the schedule, a prudent Ocon isn't putting Renault's cart before the horse.

"It’s great to be able to say that we’re third in the championship but, actually, for now, it doesn’t matter so much," he said.

"It only counts at 7pm on 13 December in Abu Dhabi when the chequered flag comes out. That’s when it matters."