Ferrari will decide in the next couple of weeks which of its promising juniors will graduate to Formula 1 in 2021, with three contenders - Mick Schumacher, Callum Ilott, or Robert Shwartzman - earmarked for the all-important promotion.

The trio of drivers is set to conclude its 2020 campaign in the FIA Formula 2 Championship, with Schumacher currently leading Ilott in the standings by 22 points ahead of the final two rounds that will take place in Bahrain.

Both Alfa Romeo and Haas are pipelines to the Scuderia's young talent thanks to the technical and engine partnerships with Ferrari.

However, Alfa Romeo recently extended into 2021 the contracts of incumbents Kimi Raikkonen and Antonio Giovinazzi, a decision that leaves Haas as the destination of choice for Ferrari's young chargers. 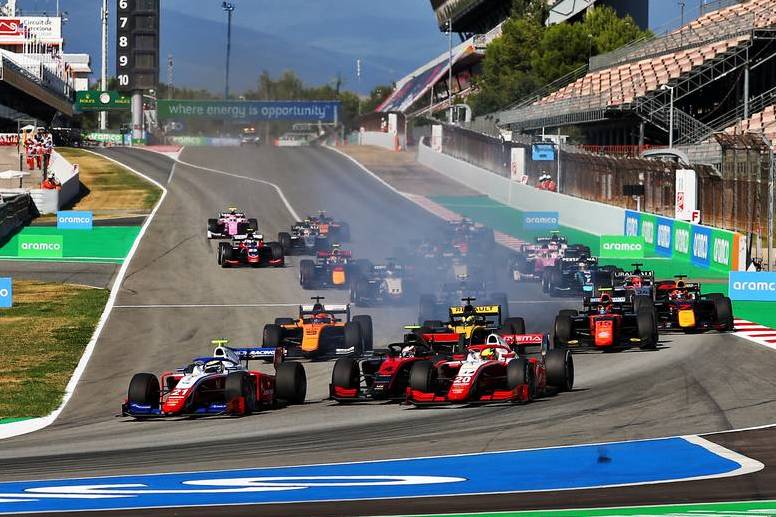 "I don’t think we will wait for the final race in Bahrain or for Abu Dhabi. I think it’s something we’ll decide within the next couple of weeks," said Scuderia boss Mattia Binotto at Imola.

With two seats potentially available at Haas, Ferrari could promote two out of its three young guns to the big time.
But the US outfit is rumored to include well-funded fellow F2 racer Nikita Mazepin in its line-up next year, a move, if confirmed, that would leave just one seat available for the Scuderia to fill.

In which case, Schumacher appears best placed to become 'the chosen one'.

"As we said, there is not place for all of them," added Binotto. "I think they are all doing well in F2 at the moment, if we are considering Mick, Callum and Robert.

"They’ve got a season to finish, they are all currently focused on the next race in Bahrain – they are challenging for the championship, which is very important for them.

"There will be an opportunity to run again in FP1 in Abu Dhabi, and then there might be young driver tests still in Abu Dhabi, but we make our own decision and the decision will be done on how they've done so far, [how] they’ve developed – their potential.

"Our objective is not to bring them into F1, it’s to bring them one day into Scuderia Ferrari – in the red cars – and whatever will be the path to achieve it, that’s less important," insisted the Swiss.

"There will be one of those drivers that will have a seat in F1 next year, the others will have opportunities and that’s down to us to organise it and give all of them an opportunity."