It has been a rough spell in recent weeks for Racing Point driver Lance Stroll, but on Saturday he bounced back from a brush with coronavirus to claim his maiden Formula 1 pole position in 75 Grand Prix starts.

This is the first time that a Canadian driver has come out on top in qualifying in 23 years, since Jacques Villeneuve in the 1997 European GP.

"“I can’t really put into words right now, I’m shocked," Stroll told Mark Webber after the end of Saturday's session at Turkey's Istanbul Park. "It's such a great way to bounce back after a few rough weeks.

"Since Mugello, it's really been a rough ride for me. So yeah, feels good. Feels really good right now," he said.

"To put it on pole is a special moment for me, one of the biggest highlights of my career for sure. We dream about these moments growing up, and it’s really special.”

Contending for pole position had been far from Stroll's mind coming into the afternoon, after a disappointing time in a rain-hit final practice which saw him just tenth fastest.

"I didn't expect us to be up here after FP3," he acknowledged. "There were a lot of things that we weren't sure of coming into qualifying. We didn't look too competitive in FP3."

The afternoon weather conditions also included a brief but intense rain storm halfway through Q1 which forced a red flag stoppage with everything on hold for 45 minutes until the situation improved. 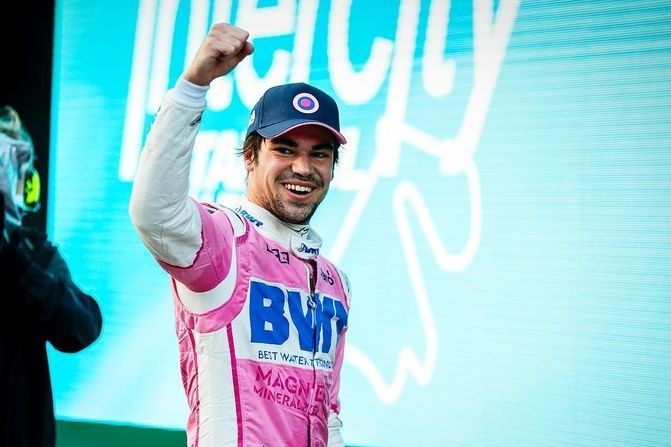 By the time it got to the final top ten pole shoot-out round, the track was still wet from the earlier downpour - much to Stroll's delight.

"I do enjoy these conditions, rain is opportunity," he said. "It mixes things up, it spices things up and you never know what to expect when it rains."

Stroll's team mate Sergio Perez was one of only two drivers to start Q3 on intermediates rather than full wets, and his early success soon prompted Stroll to make the switch as well.

“Once I got on the inter I knew we were in good shape and the car felt like it was pretty hooked up for these conditions.

"I was under a lot of pressure and I only had one lap to do it there at the end, because we started on the wet tyre," he explained. "We boxed for inters and I had one lap where Valtteri [Bottas] spun in front of me. 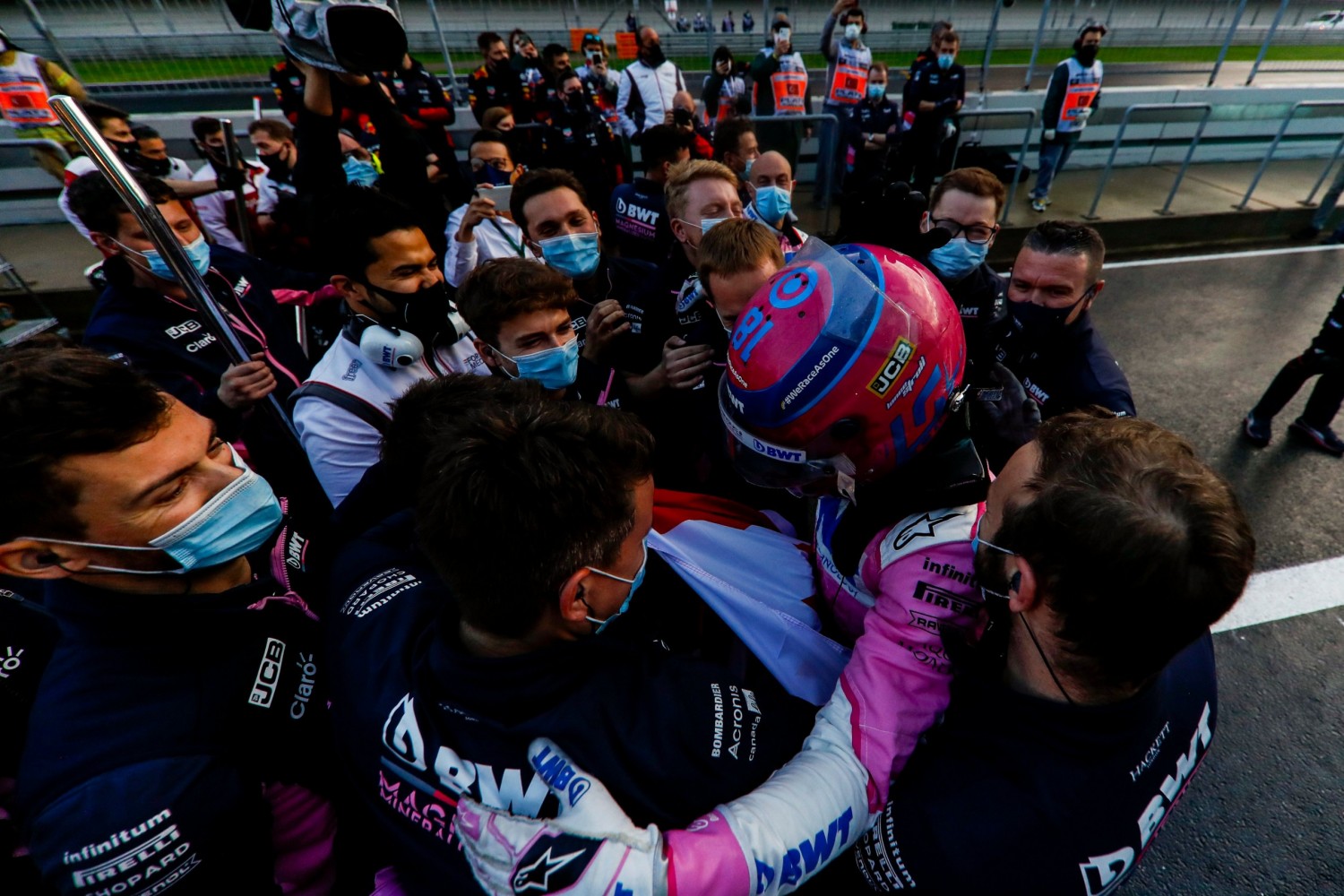 "Then I had one lap at the end to do it, but I had confidence in the car and I just nailed pretty much every corner and pieced it together nicely.

"I really put that lap together at the end," he beamed." I knew we were up there at the front. Listening to my engineer, he was giving me feedback every lap on where we were.

“But in these conditions you don’t really have time to think about where you are and what’s going on around you. It’s really just the next corner in front of you."

Having not scored any points since finishing on the podium in the Italian GP at Monza, Stroll now finds himself in prime position to target what would be his first-ever F1 race win on Sunday.

"To bounce back today with pole is awesome, it feels great," he told Sky Sports F1 later. "I'm kind of just enjoying the moment. I'm going to digest it for a couple of hours before thinking about tomorrow.

"It will be nice to start at the front," he agreed. "I've started at the front before [from second place] but to be on pole with no one blocking my view of Istanbul will be nice!"

Verstappen 'upset' to miss out on Turkey GP pole