Peter - 'Get in their Lewis' - Bonnington, Lewis Hamilton's long-standing Mercedes race engineer, says he's still surprised by the Briton's ability to shine even in the most difficult circumstances.

Hamilton secured his seventh world title last weekend with a remarkable win in Turkey by surmounting the dismal conditions with a master class in driving and tyre management.

As a special witness to Hamilton's skills and prowess and as the man who has been his driver's closest ally on the Mercedes pitwall since 2013, Bonnington has seen it all.

And yet the British engineer is still astounded by Hamilton's ability to raise his game when it matters most, even when the odds appear stacked against him. 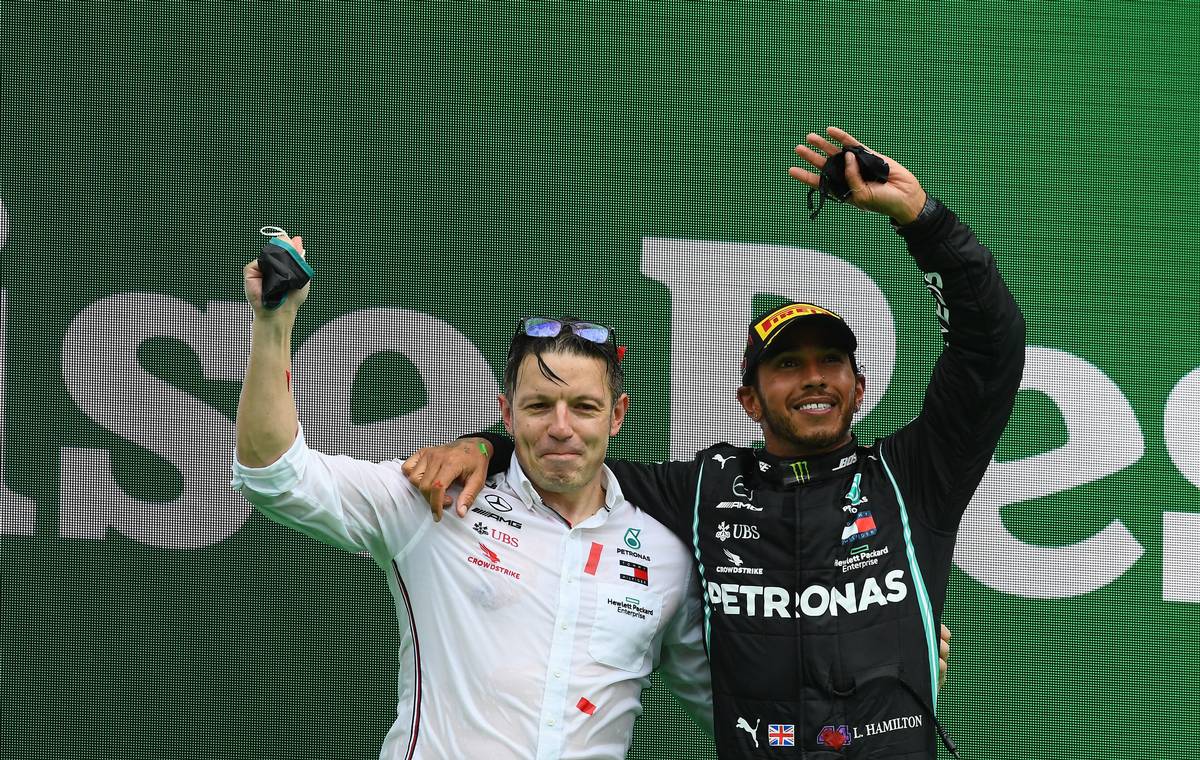 "Back then [in 2013] he wasn't quite as polished as he is now," Bono told Sky F1 in Turkey. "Now, today, just wow. Performances like today, the strength that he has just shines through.

"Nobody could not be surprised by that performance. We know he has it in him but when he delivers you think 'wow, I didn't see that coming!'

"I'm optimistic but I didn't see it happening just like that. By mid-race once we were on the inters we were settled into a pace, it felt like he had it fully under control.

"You always tell on the radio, as soon as the voice gets into this nice calm state you think 'right, this is in control, let's keep chipping away'."

Bonnington's maiden year alongside Hamilton at Mercedes came after a three-year engineering partnership with Michael Schumacher during the Brackley squad's early period in F1.

In hindsight, Bono says he was on a steep "learning curve" with the German ace. But the Mercedes engineer says his proficiency continued to improve with Hamilton.

"Michael's years gave me such a learning ground - wow, it was a very steep learning curve - but moving on with Lewis, even then I still didn't feel like I was probably worthy of dealing already a world champ," he said.

"But it's just having the time with him and we've kept improving, chipping away, year on year, just trying to find what's the next thing that we can learn.

"Where can we find that next bit of performance? He just embraces it, which is really great. It's the thing that people probably don't see but it's just that ability to learn and soak up the next thing."

Perez absence from 2021 grid would be 'tragedy' - Brawn