F1 boss Ross Brawn says the FIA must work with Haas to understand the "dynamics" of Romain Grosjean's crash in Bahrain to seek potential improvements to the sport's safety.

Grosjean darted off course after a contact with AlphaTauri's Daniil Kvyat, but while the Armco should have absorbed part of the Haas' energy, the Frenchman's car was severed upon impact, with its survivor cell splitting the barrier open and igniting a massive blaze.

Brawn admitted to being stunned by the effects of the impact.

"It was a huge shock, as fire is something I’ve not seen in F1 for a very long time," Brawn commented in his post-race debrief on the official F1 website.

"I was immediately thinking, what could have caused it as the fuel tank is so well protected? 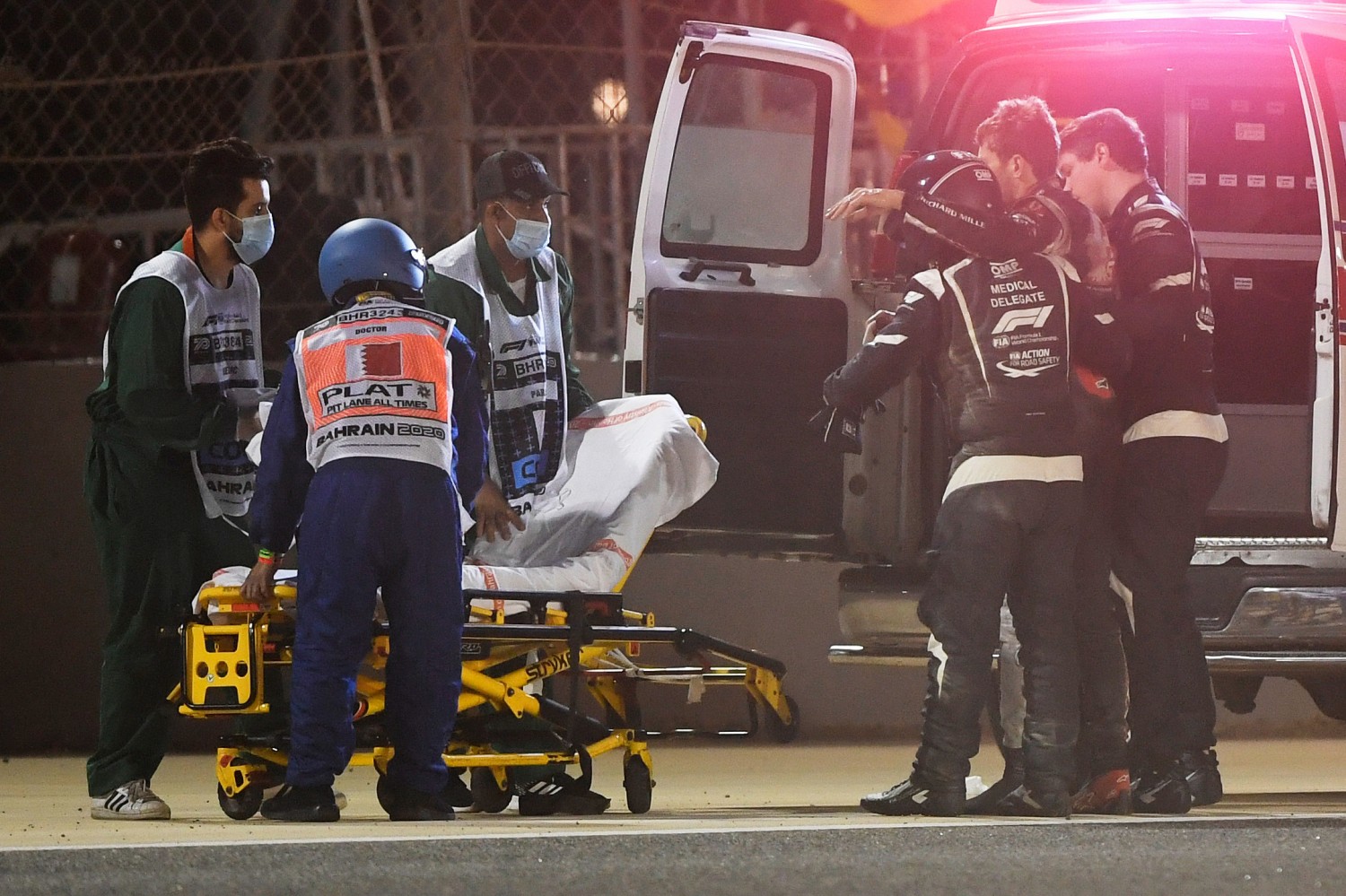 "Obviously there’s oil in the car and there’s other fluids, but it was strange when I saw the fire.

"It wasn’t until I saw the severity of the accident you could understand why the fuel had escaped. So the first shock was just seeing the fire.

"Then when you see the seriousness of the accident, your first thoughts are with the driver. You immediately worry about the health of the driver.

"Seeing Romain jump out of the car was a massive relief," added the Briton.

"Our producers didn’t put the footage out until they knew Romain was safe, which is our protocol.

"I think everyone is proud of the safety measures which have been developed over the last few years. The halo played a huge part."

Speaking after Sunday's incident, Brawn said a "deep investigation" would take place to analyse the circumstances and consequences of Grosjean's crash.

"The FIA, working with the team, have to understand the dynamics of what happened in the accident to see if improvements are possible," Brawn said on Monday.

"It was a pretty severe impact and there are limits as to what you’d be able to contain or control.

"These are the things that the FIA will now take the time to analyse and work out what can be done better.

"Hats off to everyone involved, because the driver walked away from a huge accident. And the FIA did a super job getting everything back in shape so that we could run the race in as safe a way as possible."