Romain Grosjean says he "saw death coming" as he struggled to extract himself from the raging inferno surrounding his wreckage in Bahrain, revealing that the thought of his children pushed him on.

Grosjean miraculously escaped his terrifying shunt on the opening lap of the Bahrain Grand Prix with only minor burns despite a 200km/h impact with the barriers and the massive fireball that ensued.

But the Frenchman, speaking in his first interview since last Sunday's dramatic event, said his horrifying ordeal may have lasted just 28 seconds but it felt like an eternity during which many thoughts rushed through his mind.

"I don't know if the word miracle exists or if it can be used, but in any case I would say it wasn't my time," Grosjean told French broadcaster TF1.

"It felt much longer than 28 seconds as I tried to get out three times. I saw my visor turning all orange, I saw the flames on the left side of the car.

"I thought about a lot of things, including Niki Lauda, and I thought that it wasn't possible to end up like that, not now. I couldn't finish my story in Formula 1 like that.

"And then, for my children, I told myself that I had to get out. I put my hands in the fire, so I clearly felt it burning on the chassis.

"I got out, then I felt someone pulling on the suit, so I knew I was out." 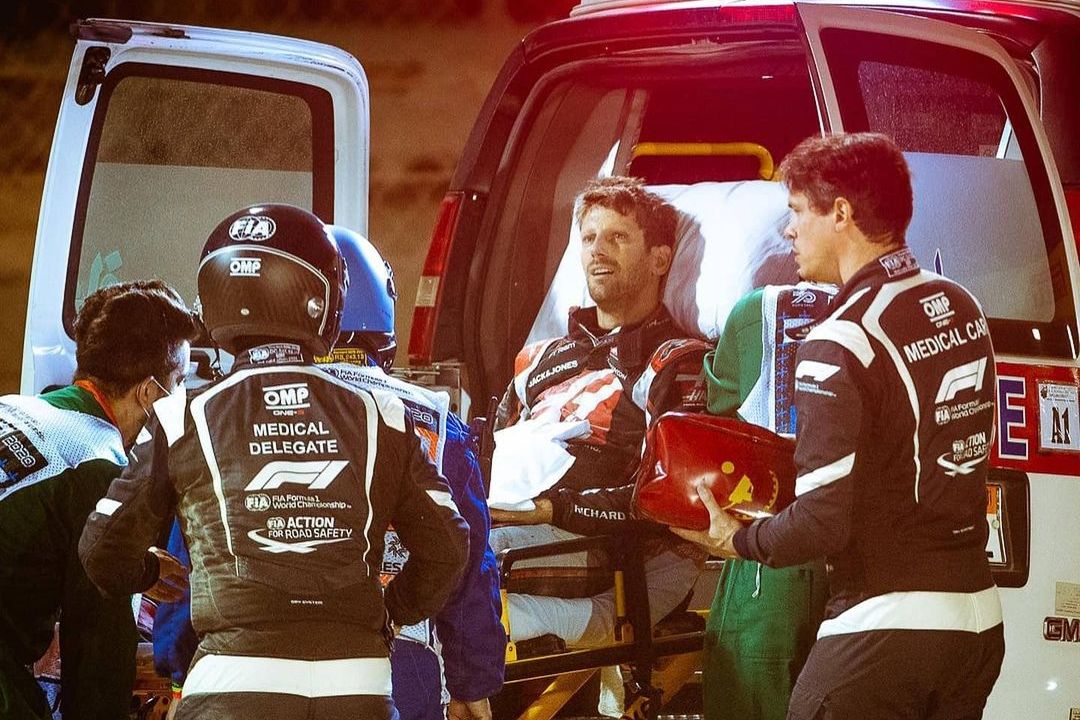 Grosjean said that his five-year-old son, Simon, believes that his father has "magical powers" and that he was protected by a "magical shield of love".

"These are very strong words from the children," Grosjean said.

"My eldest, Sacha, who is seven years old, is more rational, he tries to understand. And my little one has drawn a picture, 'for daddy's sores on his hands'."

Such a traumatic experience will have undoubtedly left a few mental wounds. Grosjean admitted he might undergo some "psychological work" in the near future.

"I was more afraid for my family and friends, obviously my children who are my greatest source of pride and energy, than for myself in the end," explained the 34-year-old driver.

"I think there's going to be some psychological work to be done, because I really saw death coming.

"Even in Hollywood, we're not able to do images like that. It's the biggest crash I've ever seen in my life.

"The car catching fire, exploding, and the battery that burst into flames too, so it added a lot of energy to the impact."

Grosjean naturally admitted to being happy to have survived, not only to fight but also to race another day, and hopefully as soon as next week in Abu Dhabi for his swansong outing in F1.

"I would say that there is a feeling of being happy to be alive, of seeing things differently," he said.

"But also there is the need to get back in the car, if possible in Abu Dhabi, to finish my story with Formula 1 in a different way.

"It was almost like a second birth. To come out of the flames that day is something that will mark my life forever.

"I have a lot of people who have shown me love and it has touched me a lot, and at times I get a bit teary-eyed."

Vandoorne ready to roll but 'waiting' on news from Mercedes