The Haas F1 team has confirmed that Romain Grosjean has been discharged from hospital in Bahrain as he continues his recovery from a horrific accident in Sunday's race.

Grosjean spin into the barriers on the opening lap of the Bahrain Grand Prix, and his car burst into flames after being ripped in half by the impact.

The 34-year-old Frenchman miraculously escaped from the inferno with the help of marshals and the crew of the medical car, suffering only mild burns to his hands in the process.

He was immediately sent to the Bahrain Defence Force (BDF) Hospital for evaluation and further treatment, where he remained for three nights.

Haas issued a statement saying that he had now left the hospital, but that he would continue to undergo treatment for his injuries.

"Grosjean will continue private treatment for the burns suffered on the back of his hands and will remain in Bahrain for the time being," the team said.

"On behalf of Romain Grosjean and the entire Haas F1 Team we extend our thanks to all who have tended to him at the BDF Hospital."

Grosjean spoke to French broadcaster TF1 on Tuesday, stating that it was thinking of his children that had helped get him out of the car in time. 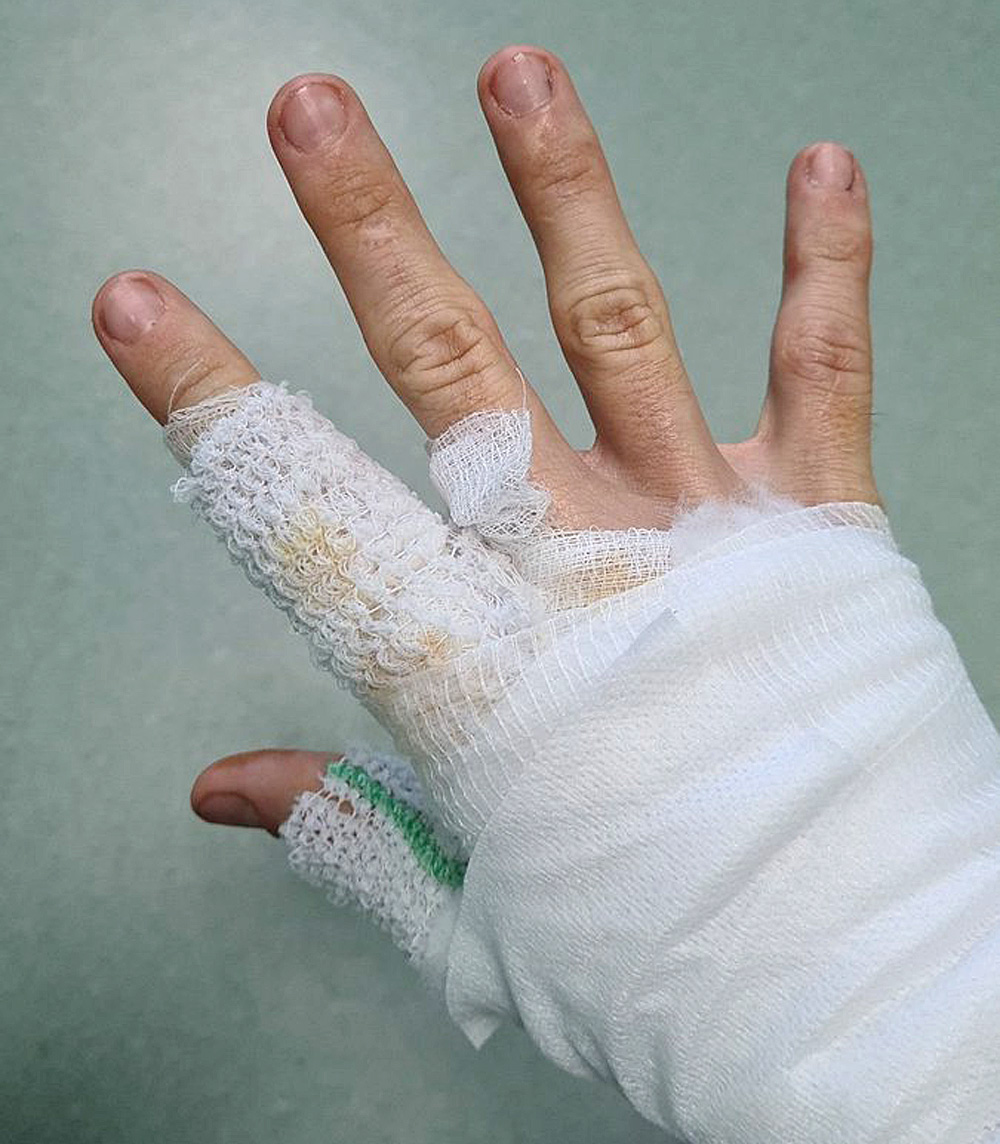 He posted an update on social media on Wednesday morning with a photo of his his right hand, showing the improvement so far.

"The happiness I had when I was told that I didn't need the full dressing anymore and could use my finger was huge," he wrote. "Almost cried. A victory on my way to recovery."

While he's recuperating, Grosjean will be replaced in the next Grand Prix by Pietro Fittipaldi.

It's known known whether he will be able to take part in the final Grand Prix of the season the following week in Abu Dhabi.

However team principal Guenther Steiner said that Grosjean was determined to be back in the race seat in time.

"Romain would like to do it," he said; "I spoke to him yesterday about it ... "But basically we'll cross that bridge when we come to it. At the moment we've got plenty of time."

As well as Fittipaldi, the Sakhir Grand Prix will also see the F1 debut of Jack Aitken at Williams.

He's replacing George Russell, who is heading to Mercedes to substitute for Lewis Hamilton, after the world champion tested positive for coronavirus on Monday meaning he has to self-isolate for the next ten days.