Lewis Hamilton has said he's devastated to be missing the first Grand Prix of his career since he made his F1 debut in 2007.

Since then Hamilton has made 265 consecutive race starts in which he's picked up 98 pole positions and won 95 races on his way to a record-equalling seven world championships.

But he'll be missing from the Sakhir Grand Prix grid on Sunday after testing positive for coronavirus requiring him to self-isolate for the next ten days.

His Mercedes seat alongside Valtteri Bottas will be temporarily taken by George Russell, on loan from Williams after an agreement was reached.

"I'm devastated that I won't be racing this weekend," Hamilton posted on social media.

"Since we started the season in June, my team and I have been taking all the precautions we possibly can and following the regulations everywhere in order to stay safe.

"Unfortunately, even though I returned three negative results this past week, I woke up yesterday morning with mild symptoms and requested another test which came back positive.

"I've immediately gone into self-isolation for ten days," he continued. That ruled him out of competing in the next race on Bahrain International Circuit's outer loop.

"I'm gutted not to be able to race this weekend but my priority is to follow the protocols and advice to protect others," he said. "I'm really lucky that I feel okay with only mild symptoms and will do my best to stay fit and healthy. 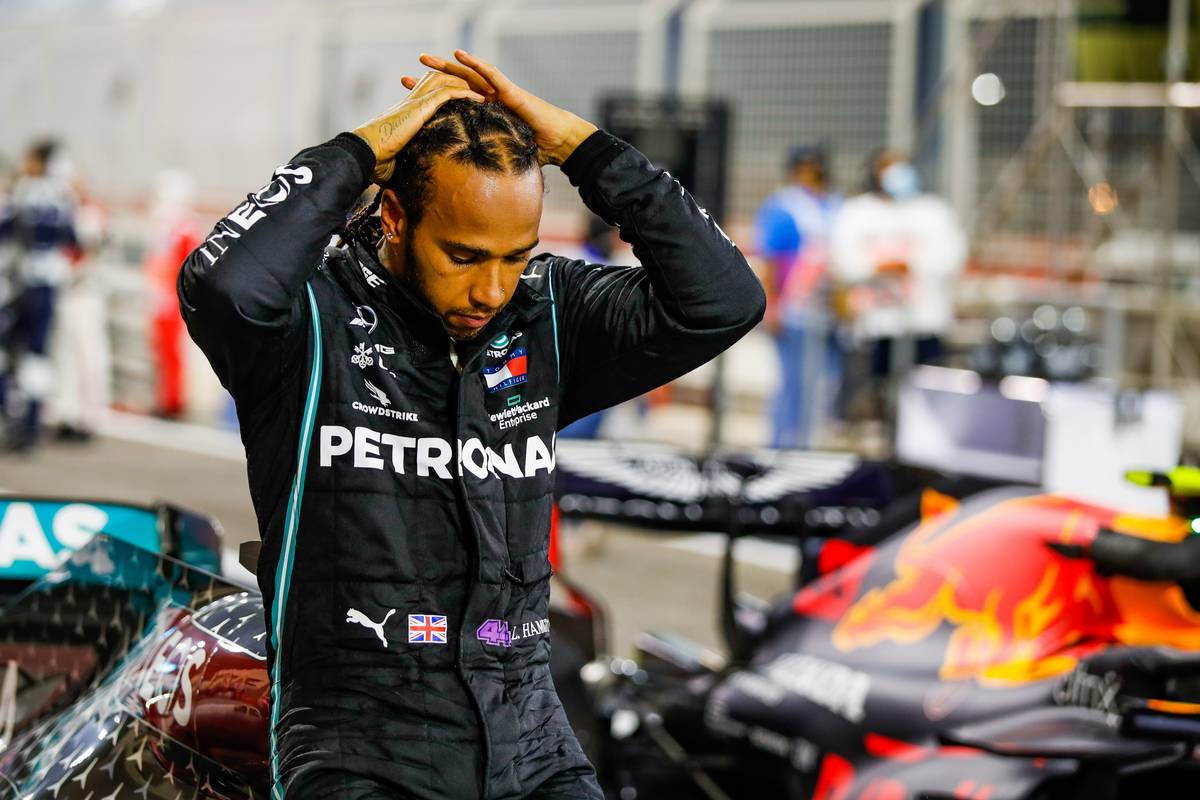 "Please look after yourselves out there. You can never be too careful. These are worrying times for everyone and we need to make sure we are looking after ourselves and each other. Stay positive."

The timing of the positive test means it will be a close run thing as to whether whether Hamilton will be able to get back in the cockpit for the final race of the season which takes place the following week.

A statement from Mercedes noted that "the team's driver plans for the Abu Dhabi Grand Prix will be announced in due course following the [Sakhir] race weekend."

Russell wished Hamilton "a speedy recovery" and admitted that "obviously nobody can replace Lewis" while promising to do his best to honour the faith that mercedes was putting in him.

Mercedes boss Toto Wolff said that his thoughts were with Hamilton while pointing out that the team still had a job to do this weekend.

"The full focus of our sporting efforts will be behind Valtteri and George in order to maximise our points score as a team," Wolff said. "But of course our thoughts are also with Lewis, and we will be supporting him as much as we can to make a rapid recovery during his period of self-isolation."

Meanwhile Romain Grosjean continues to recover from his huge accident on Sunday and will be substituted at Haas by another first time driver, Pietro Fittipaldi.

The news that Hamilton would miss the next race came as it was announced he would once again be a contender for the prestigious BBC Sports Personality of the Year award.