Exceptional circumstances have led to Russell being handed a monumental break in the penultimate round of the 2020 F1 season.

Lewis Hamilton sudden unavailability after testing positive for COVID-19 prompted Mercedes to successfully negotiate with Williams a one-off release of its young talent.

Russell's fans are bracing for a shootout of sorts at Mercedes between their favourite driver and Valtteri Bottas. And di Resta expects the fight t be tight between the two contenders at Sakhir. 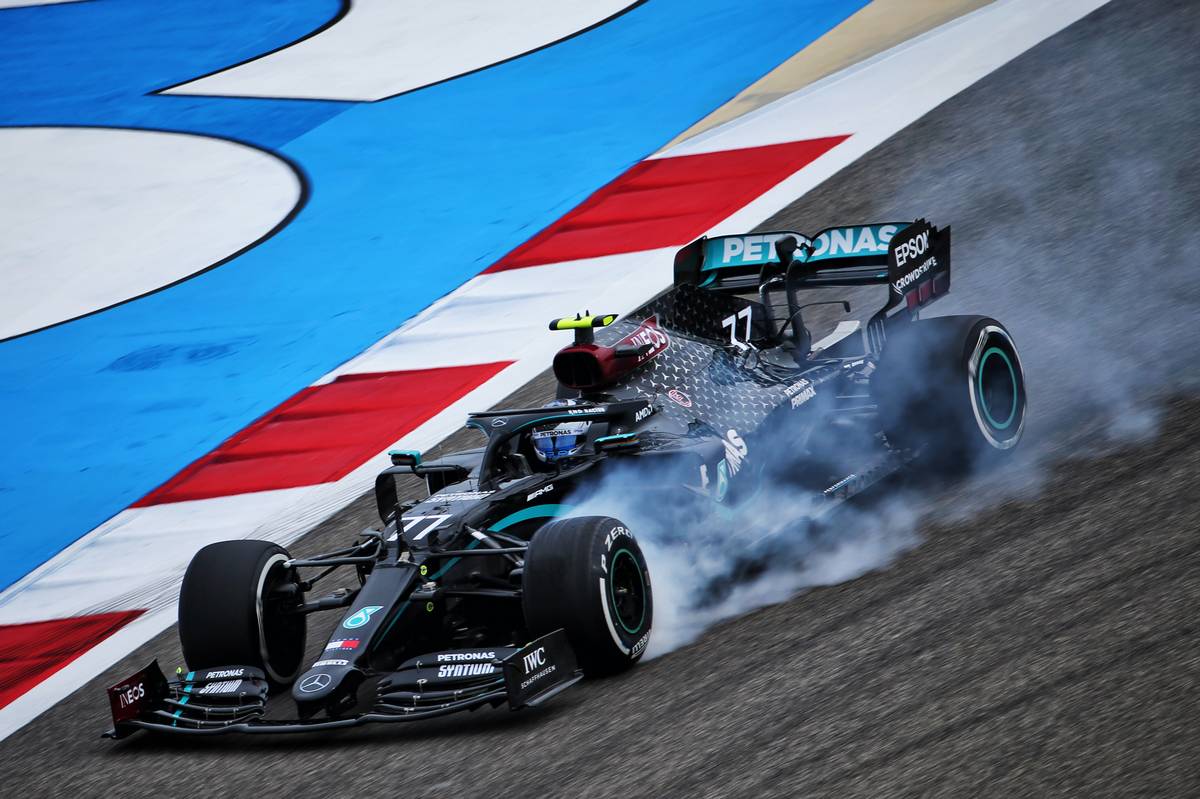 "Honestly, when you look at it and you see what Hulkenberg did when he stood in this year, you’d expect him to line up on the front row. He could very easily qualify in P1," the former F1 driver said on Sky Sports.

"This is where Valtteri’s got to make a stamp because this is the fight. Who is going to be the No 2 at Mercedes?

"The expectation going into a seven-time world champion’s car… it’s a very decent ask. He’s not having a test first, what he’s doing is going straight into where Lewis has left off.

"George has done an excellent job in qualifying, he has absolutely excelled. What we haven’t seen is how he manages with leadership, and the pressure at Mercedes. But he’s definitely in the best car.

"I think he’ll be very professional. He’s at a good age, he’s got a number of people supporting him, especially right at the top. He’s in a great position to make an impression."

Russell won't be the only young driver making his debut with a team in Bahrain, with Jack Aitken filling in for the Briton at Williams and Pietro Fittipaldi taking over Romain Grosjean's seat at Haas.

However, Sky F1's Anthony Davidson believes there will be far more pressure on Russell than on F1's two rookies.

"This is the car that everyone dreams of being in: The Mercedes, the car that Lewis dominates the world in," said Davidson.

"It’s not good enough to be fast, and show your lap times, you have to have a bit of luck and timing on your side as well. This is George’s chance.

"There’s a clear difference between Pietro Fittipaldi jumping in for Romain Grosjean, or Jack Aitken at Williams, this weekend.

"There’s low expectations on those guys, while George – despite being in a bad car at the back of the grid – he comes with the expectation of having to deliver because he has delivered in a Williams before. Now he’ll be expected to deliver in a Mercedes.

"The reference of Bottas stays for George, so it will be fascinating to see how George gets on against that known quantity in Bottas."