Kimi Rakkonen's FP2 session ground to a halt after a fire erupted at the rear of the his Alfa Romeo, but the Finn says there was "nothing scary" about the blaze.

Raikkonen's car suffered an engine failure in the latter part of Friday evening's practice session in Abu Dhabi, but a fire erupted as the Alfa driver was coasting to a halt.

A radio message from his team's pitwall urged him "to get the hell out of there quick", but the Iceman calmly parked his car and exited the C39's cockpit before lending a helping hand to the marshals to extinguish the car's rear-end combustion.

"There was nothing scary about it," he said. "It's just a shame that it gets some fire and gets all messed up, trying to put the fire down. It's one of those things." 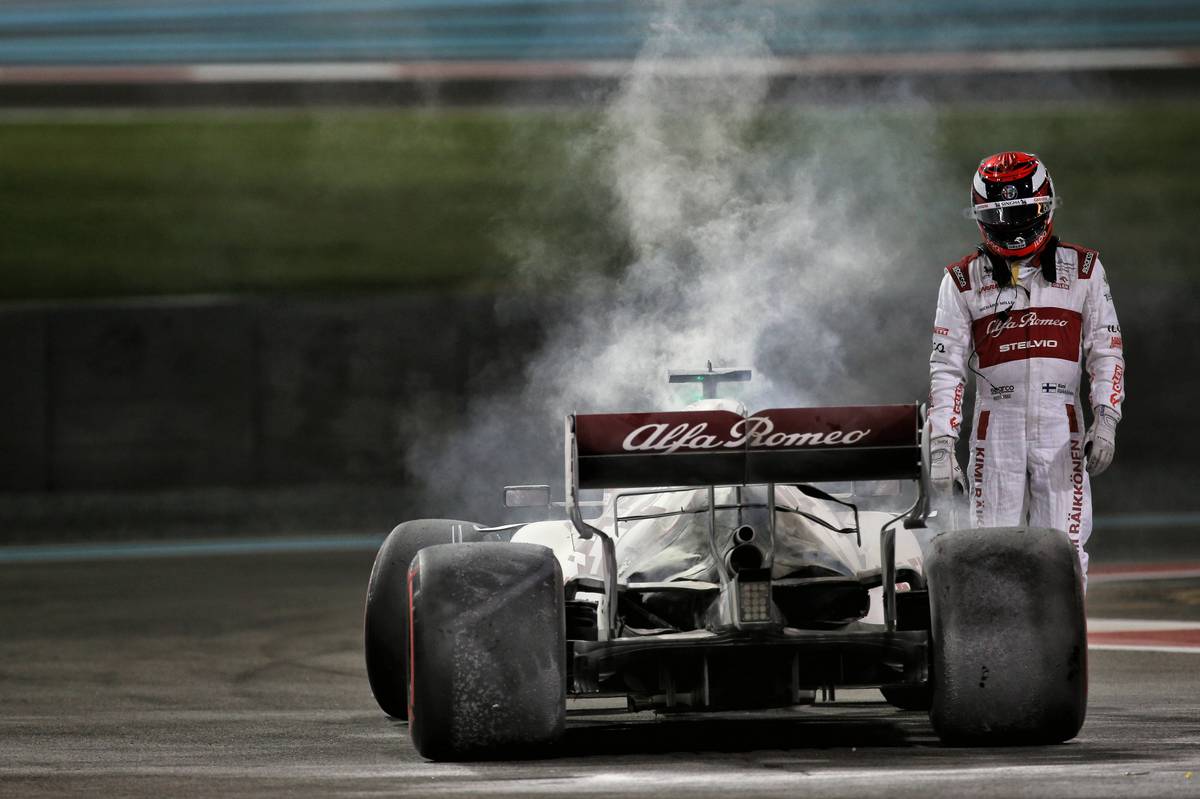 The fire evidently inflicted damage to the Alfa's engine bay although Raikkonen was ensure of the full extent of his car's wounds which fortunately involved a power unit that was set to be changed anyway.

"I don't speculate and we will see," said the Finn. "For sure there is some damage, hopefully it is mainly bodywork, but we'll see.

"Obviously it's a different engine and gearbox than we run tomorrow, but yeah, it's just a bit more work for the guys obviously."

Raikkonen said the early end to the FP2 session had impacted his high-fuel run program.

"Things seem to work pretty OK, and obviously the end wasn't great, but we couldn't do many laps on the more high fuel runs," he said. "But that's how it ends up.

"I think they [the tyres] were pretty OK. There's always things to improve, but nothing odd."