Renault rolled out the V10-powered machine to celebrate at F1's final round of the season the French outfit's transition to the Alpine brand that will take place at the start of next season.

Alonso was more than happy to reunite with his old flame and didn't hold back, manhandling the nimble, screaming R25 around Yas Marina as if he was on an all-out qualifying lap from back in the day.

The demonstration brought out team bosses, crews and drivers to the pitwall for some sights and sounds from a bygone era.

A nostalgic Alonso, who will return to F1 next year with Alpine, stated the obvious when he suggested that today's muffled-sounding, heavy and complex machinery was no match for F1's fifteen-year-old howling charger. 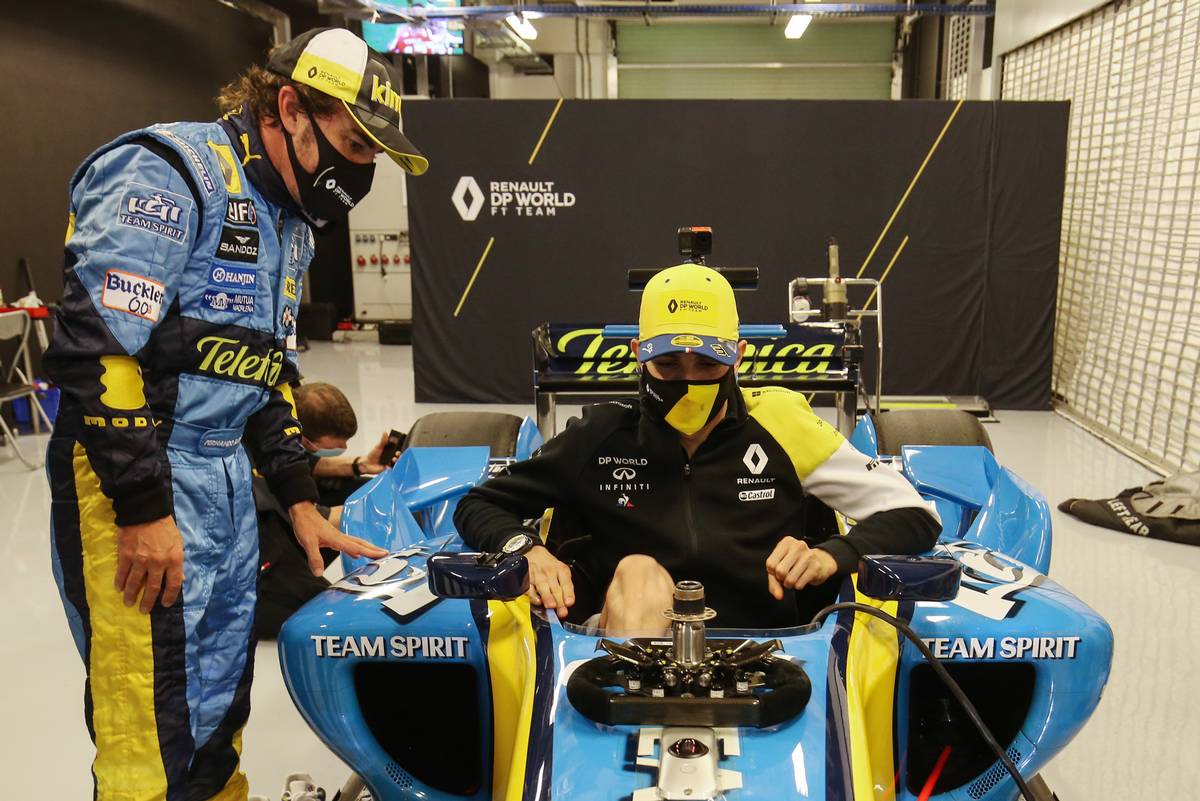 "It is something that we are missing honestly," said Alonso after concluding a demo run on Saturday evening.

"I think not only the fans, everyone in the paddock, we miss the sound. We miss the Formula 1 that we got in love with when we were kids and we were watching television.

"So now, to witness this car at this circuit, I think it was pretty special for everyone in the paddock. It was nice to say hi to everyone. And it was not only the Renault mechanics, everyone was out in the pit lane.

"I think it's a nice spirit when you see this kind of technology and that kind of era you know. It united all of us in one way."

As everyone witnessed Alonso as he steered his mount in anger, curious minds were inquisitive about his lap times and how they may compare with today's car. 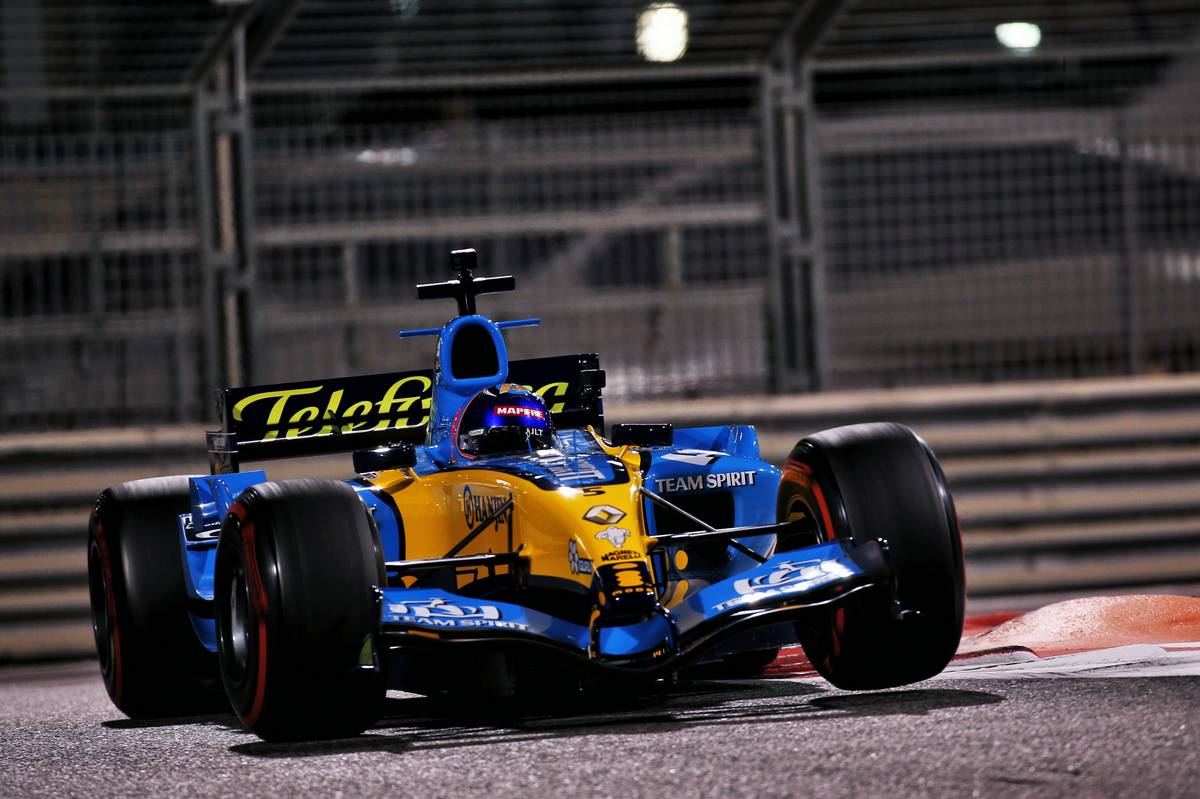 "We are in the same time of the [current] cars in race conditions, which is quite amazing," commented Alonso. "So you know, it feels very fast. The sound is fantastic, and it sounds fast.

"Behind the wheel, you feel the vibrations, you feel everything. It is a very light car, so you feel all the motions. It's an amazing feeling. I'm still smiling. I have the mask on but I will be smiling until probably 2021."

Many on the pitwall appeared surprised by Alonso's level of aggression behind the wheel of the R25, but the 39-year-old said he couldn't help himself as the car just brought out the beast in him.

"Honestly I cannot go slow with this car," he said. "Every time I'm in this cockpit and I'm in this car, with all the memories, it becomes natural to drive fast.

"To feel the speed is amazing. I know it's an old car, but it's a perfect machine for me."