Toto Wolff says he will fulfill in the future Valtteri Bottas' desire for more "open communication" and support from the Mercedes team boss.

In Saturday's qualifying shootout in Abu Dhabi, Bottas was spurred on by Wolff ahead of his final runs, with the Mercedes boss telling the Finn to give it "all you have Valtteri".

The radio message was a rare intervention from Wolff who typically refrains from talking to the Brackley squad's drivers. The Austrian later explained why he had offered his driver a word of encouragement.

"It's always tricky when you talk to the driver before qualifying or the race," Wolff told Sky F1. "But it's something we discussed. And he said, I need a little feedback from you, it is always good.

"It's difficult because I've never talked to the drivers, because I felt that from my experience it is a bit distracting. But everybody's different and with him we had a good talk.

"Obviously, when the championship was lost, it's always difficult to cope with it. And that's why he said, let's talk a little bit more." 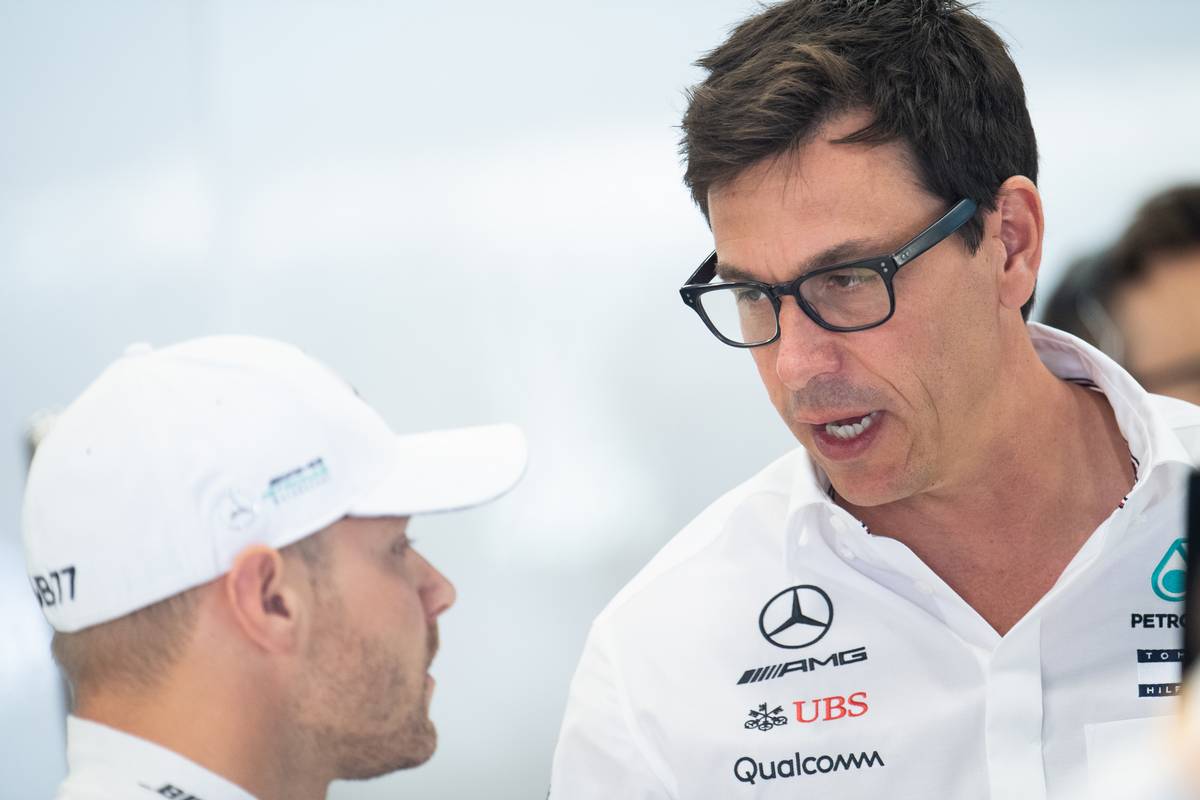 Bottas was left a bit troubled after last weekend's race at Sakhir in which he had been outpaced by stand-in teammate George Russell while also enduring a crushing dose of misfortune.

Unfounded speculation from pundits suggesting that Bottas could be replaced by F1's new wonder boy as soon as 2021 likely did little to appease the Finn's psych.

A sit-down between Wolff and his driver was therefore in order.

"In that respect, we had a good talk, an intelligent talk between us. It wasn’t like a eureka moment that suddenly I’ve been talking to him, I can just relate to his situation, and we’ve decided that we want to talk to each other more."

Hence Wolff's message of encouragement to Bottas in qualifying on Saturday.

"I remember when I was a racing driver, I was annoyed by the guys that leaned over into the cockpit and shook my hand before I got going," Wolff said.

"And, in that respect, I will always and the team will always adjust to the drivers modus operandi. And that's why I've never been on the radio unless we have a critical situation in the race.

"But when I discussed with Valtteri about how we could improve our communication, he said that he felt like a more open discussion or more open communication, even while it's being in the car is something that he would like to entertain.

"And I said to him, ‘Are you sure because I don't want to interfere into you driving the car?’ He said, ‘No, no, I'm actually up for it.’ And I've been thinking about it for a while."

Abu Dhabi GP Speed Trap: who is the fastest of them all?