Sebastian Vettel says his performance in Sunday's Abu Dhabi GP is "nothing to mention", superseded by the emotions of his farewell to Ferrari and the feelings towards those he will miss.

Vettel concluded his final race with the Scuderia a lowly P14, a position that perhaps reflected a difficult back half of the 2020 season.

The German driver enjoyed a good first stint that saw him race among the top-ten just ahead of teammate Charles Leclerc as the pair pressed on during an early safety car period.

But both drivers eventually fell down the order later in the evening after their switch to fresh rubber, with Leclerc clocking in P13 with Vettel two spots behind. 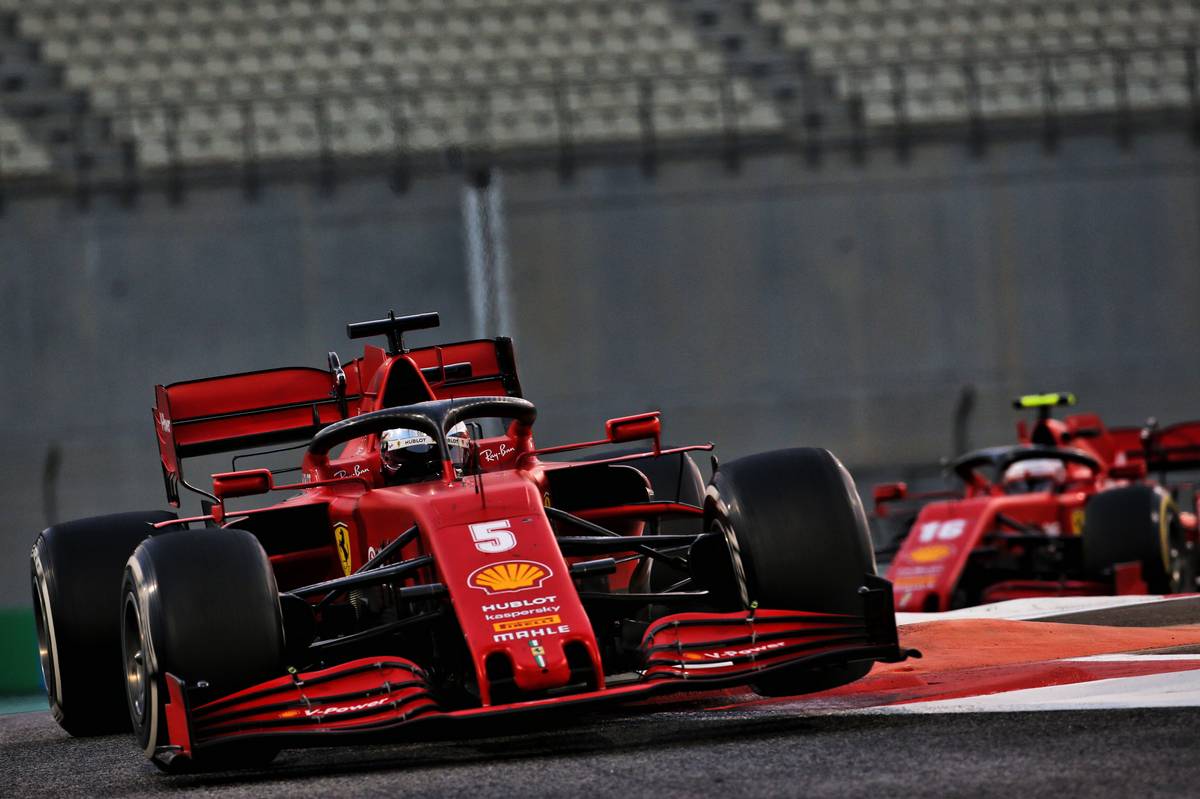 The performance was uneventful, as Vettel described it himself, but the emotions of the day were certainly palpable for the future Aston Martin Racing driver.

"For sure, it was an emotional day, with the mechanic waving goodbye on the grid," he said. "I felt there was just a different dynamic and tension there.

"The mechanics, the engineers – all these people that I worked with for so long in those years, and so hard. I'm sad for the guys, I will miss them, but also obviously happy to embark on a new journey."

Vettel capped off his race by singing the famous Italian song 'Azzurro' by Adriano Celentano, but with his own words, renewing with his former habit of breaking into a tune over the radio after a race win or good result.

"Every time I was really excited for some reason I started to sing," he said. "And I think it was a nice way for one last time to sing again and obviously the song that I learned on is a very, very popular Italian song, Azzurro by Adriano Celentano.

"I changed the lyrics so I hope I don’t get in trouble with copyright!" 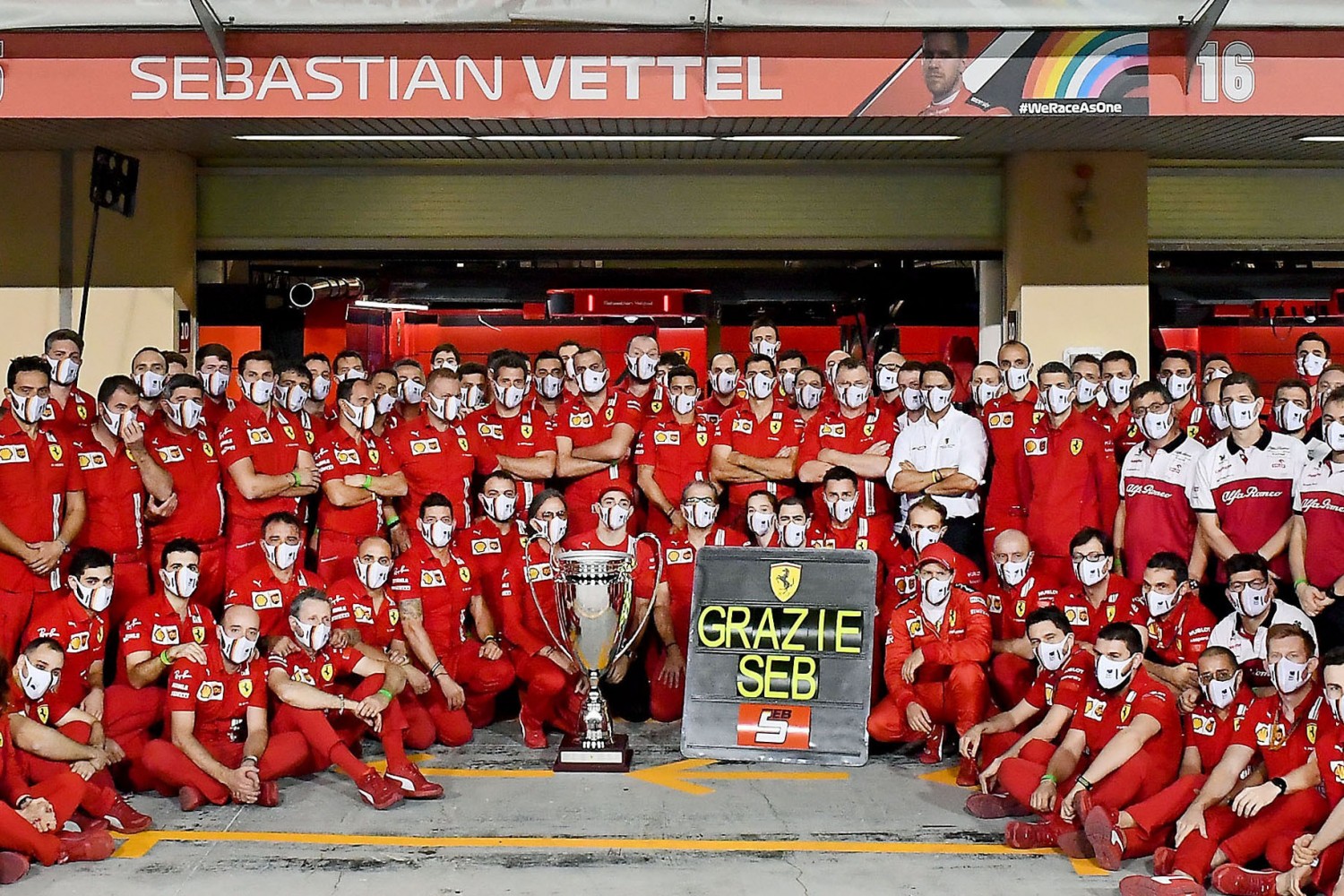 After the race, Vettel was handed  a massive trophy by the Scuderia as a token of Ferrari's appreciation.

"The trophy - I was surprised myself," he admitted. "I’ve never finished P14 before and got a trophy. It definitely will be a nice memory.

"There was a sign on the front with all the wins. This year has been a poor reflection of the great time I’ve had with the team."

Leclerc, who sported a special lid in Abu Dhabi that paid tribute to his teammate, swapped helmets with his teammate after the race, conceding that his presence alongside Vettel at Ferrari in the past two season had helped him develop into a better driver.

"It's been great to have Seb on the other side of the garage for two years," said the Monegasque on Sunday evening.

"He's an amazing person, an amazing driver to, and he pushed me to perform better and to improve."

I learnt so much from you as a person and as a driver in these last two years together.
Thanks for pushing me to improve all the time, it’s been a honor to be your teammate, and I honestly wish you the very best.
Top driver and a Top Man pic.twitter.com/4UwsTT4spC

'Proud' Ricciardo signs off at Renault with fastest lap