Just four days into the new year, the 2021 F1 season looks set for more disruption with the season-opening Australian GP expected to be postponed.

Scheduled for March 21 in Melbourne, the event which was cancelled last year at the last hour in the wake of the coronavirus crisis will likely be displaced to the back half of the 2021 season.

Australia 's strict travel restrictions and quarantine rules which the country continues to enforce as it battles the COVID-19 pandemic represent a significant logistical barrier for teams and the F1 community at large.

While Melbourne is set to go ahead with the Australian Open tennis tournament, the government of the state of Victoria has warned that participating players will need to be on site and quarantine for two weeks prior to the start of the event.

Construction work at Albert Park for Melbourne's F1 track is set to begin by the end of the month, which implies a definitive decision by F1 and the Aussie GP organizers in the next few weeks.

Confirmation of the Australian GP's postponement would require a reshuffle of the calendar in the back half of the year, while F1 would most likely kick off its season in Bahrain.

Furthermore, to facilitate logistics, F1 could also move pre-season testing to Sakhir, where it would establish its biosphere ahead of the opening round of the 2021 season on March 28. 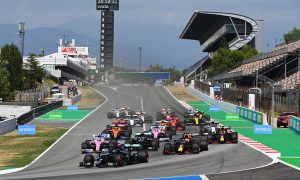 Spanish GP in Barcelona to take place behind closed gates 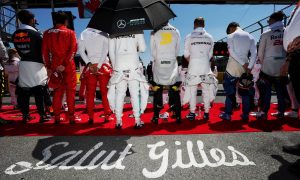