A Brazilian judge has suspended Formula 1's contract with the promoter of this year's Sao Paulo GP pending a review of the use of public funds to secure the event.

Interlagos is set to host this season's round in Brazil on November 7th based on a deal signed between the Formula One Group and new promoter Brazil Motorsport, an entity funded in part by the Emirati state-owned Mubadala Investment Company.

However, Sao Paulo is reportedly also providing government funds to support the event to the tune of $3.7 million according to court documents.

But Sao Paulo Judge Emilio Migliano Neto is looking into claims of misappropriation of the public money.

"The facts reveal without a doubt, at least at this stage, that the principles of publicity and transparency are being violated in an explicit manner," the judge noted, according to a report from Motorsport.com.

"For this reason also [absence of bidding], there is a need to suspend the execution of the contract, to assess whether there were effectively resources to cover the expenses detailed in the signed agreement."

"F1 is important for Sao Paulo and for Brazil - I'm a fan - but that does not authorise the city to enter into contracts without a bid, under secrecy and with a company without 'expertise' in the area, created a few days ago for this," Nunes wrote on Twitter.

At the start of last year, Brazilians were facing the prospect of F1 returning to Rio de Janeiro, at a venue built on the outskirts of the municipality.

But environmental issues put paid to the local promoters efforts, allowing Interlagos to pick up a new five-year deal with F1 that was confirmed last month by the sport's outgoing CEO, Chase Carey. 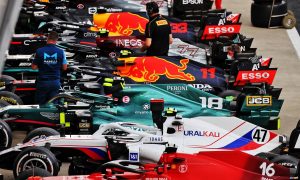