Guenther Steiner believes Romain Grosjean's talent deserved wider recognition in F1, the Haas boss insisting the Frenchman was "one of the best ones out there", on a good day.

Grosjean prematurely concluded his career in F1 following his horror crash in Bahrain. The 34-year-old departed the grid - likely permanently - after nine full seasons in Grand Prix racing during which he scored ten podium finishes.

While Grosjean came close to snatching that elusive win on a couple of occasions, his track record also includes the his high-profile mistakes and crashes that have come to define his career. Looking past the blemishes, Steiner believes the incidents cast a shadow over a driver that is a genuine natural talent.

"He was for sure very fast," the Haas boss told Motorsport.com. "On a good day, Romain was one of the best ones out there.

"But he sometimes pushed and tried too hard. Then you see those errors. He just went over the limit and then the errors come."

After he initiated his career in F1 with seven races with Renault in 2009, Grosjean joined Lotus for a full season in the sport in 2012.

The Frenchman scored all his podium finishes with the Enstone squad over the course of four season, after which he moved to Haas in 2016 for the US outfit's maiden F1 campaign.

In hindsight, Steiner believes Grosjean was "brave" to commit to the new team at the time.

"We were as prepared as I promised him when we spoke about it," Steiner said.

"The difficult bit at that time was there were a few new teams which didn’t deliver, and he knew this could happen, but I explained to him how we are doing it differently. He believed in it and I think we delivered.

"That had nothing to do with the team being new anymore, that was we got something wrong last year and this year with the pandemic we suffered more than anybody else.

"He was brave to do it and it didn’t work out badly for him." Monchaux: All efforts made on C41 to recover lost downforce Albon: 'I know I can bounce back - that's my target' 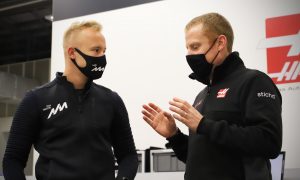 Haas confirms Fittipaldi as test and reserve driver for 2021 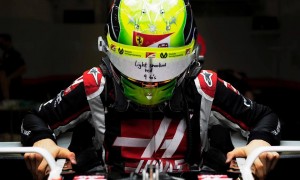