Ferrari test driver Callum Ilott says he plans to fully immerse himself in Formula 1 in 2021, which is expected to include a number of free practice outings on Friday morning.

“This was a good start to the year to get a bit more experience with the team and understand a bit more the working environment within F1," said the 22-year-old British driver from Cambridge.

"It was a great feeling and a great experience to get refreshed, back in a proper car,” he added. "Hopefully by the pre-season tests I can be as immersed as possible in this Ferrari F1 world."

As part of that immersion, Ilott will finally get a chance to take part in a number of Friday free practice sessions in 2021.

He had originally been expected to take part in FP1 with Haas during the Eifel Grand Prix at the Nurburgring, but the day was completely washed out.

Following that disappointment, Ferrari boss Mattia Binotto said that Ilott will now make a number of FP1 appearances this year.

"Callum Ilott, who will be our test driver, will do simulator, and will do free practices," he told the media. However it's not clear whether those outings will be at the wheel of a Ferrari or an Alfa Romeo. 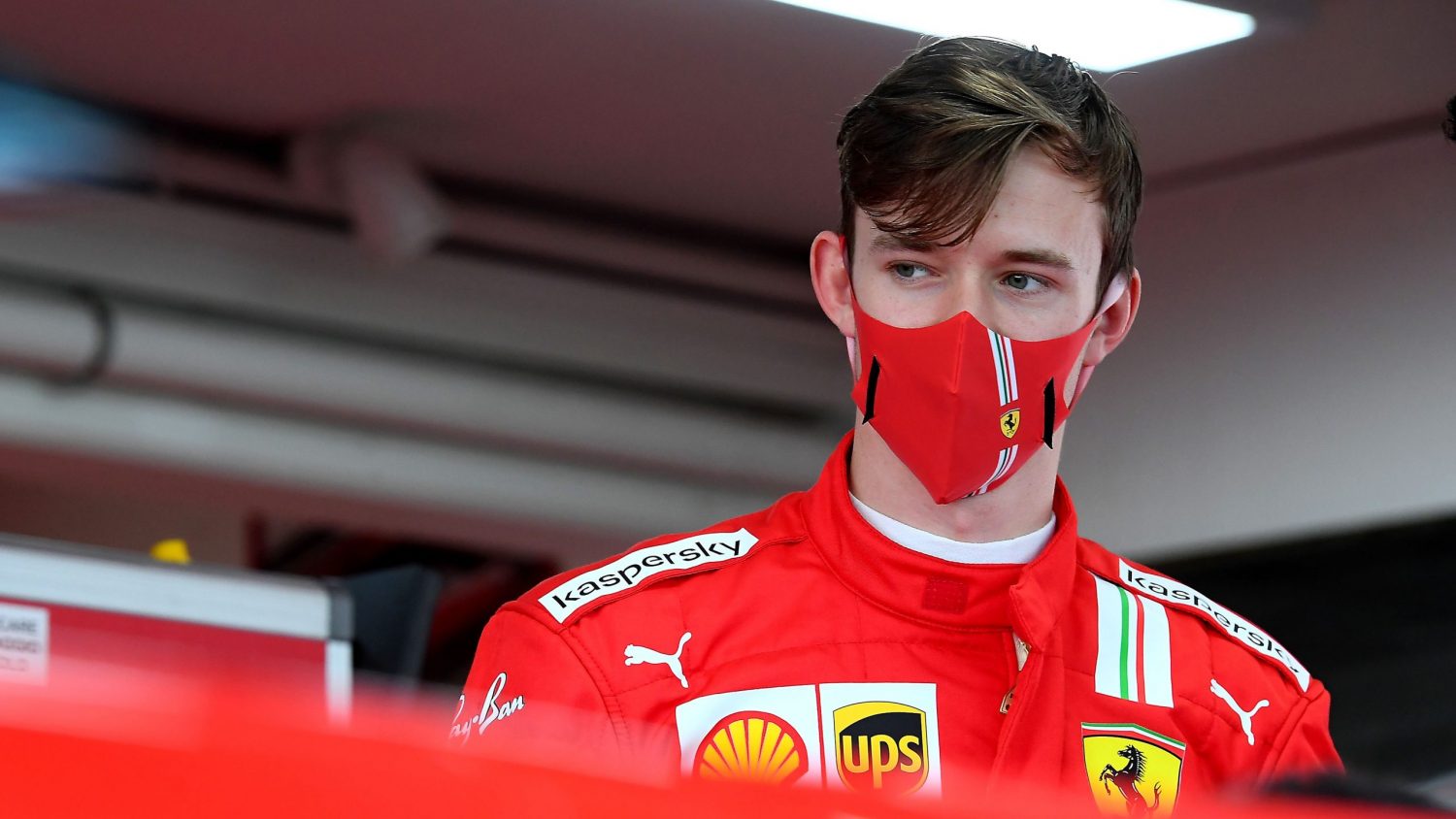 Ilott said that he will be focusing on F1 this year rather than trying to combine his test and reserve role at Maranello with a full time campaign in another series.

He was runner-up in last year's Formula 2 championship which was won by fellow Ferrari Driver Academy member Mick Schumacher, who will race full time in F1 this season with Haas.

“Part of me would love to do it again,” he said when asked if he would consider a return to F2. "[But] I feel like if you are in the top three or top two, you shouldn’t have to prove yourself again.

“You have got to strive for the top and that’s my new challenge. It is not going to be easy, but I have got time to do it.

"More than likely, I will be in the F1 paddock for almost all of the races, so if someone is ill or has an injury – which, touch wood, doesn’t happen - then I am sure that I would get a call at some stage. But I don't wish that on anyone.”