Ferrari boss Mattia Binotto says dyno testing and simulations at Maranello indicate that the Scuderia's new SF21 has recovered "quite a lot of speed" compared to its predecessor.

A down-on-power engine and excessive aerodynamic drag weighed heavily on the performance of Ferrari's SF1000, a deficit that led to one of the worst seasons in the Italian outfit's modern history.

But hard work conducted over the winter in Ferrari's power unit and chassis departments has apparently gone a long way towards steering the Scuderia back in the right direction. 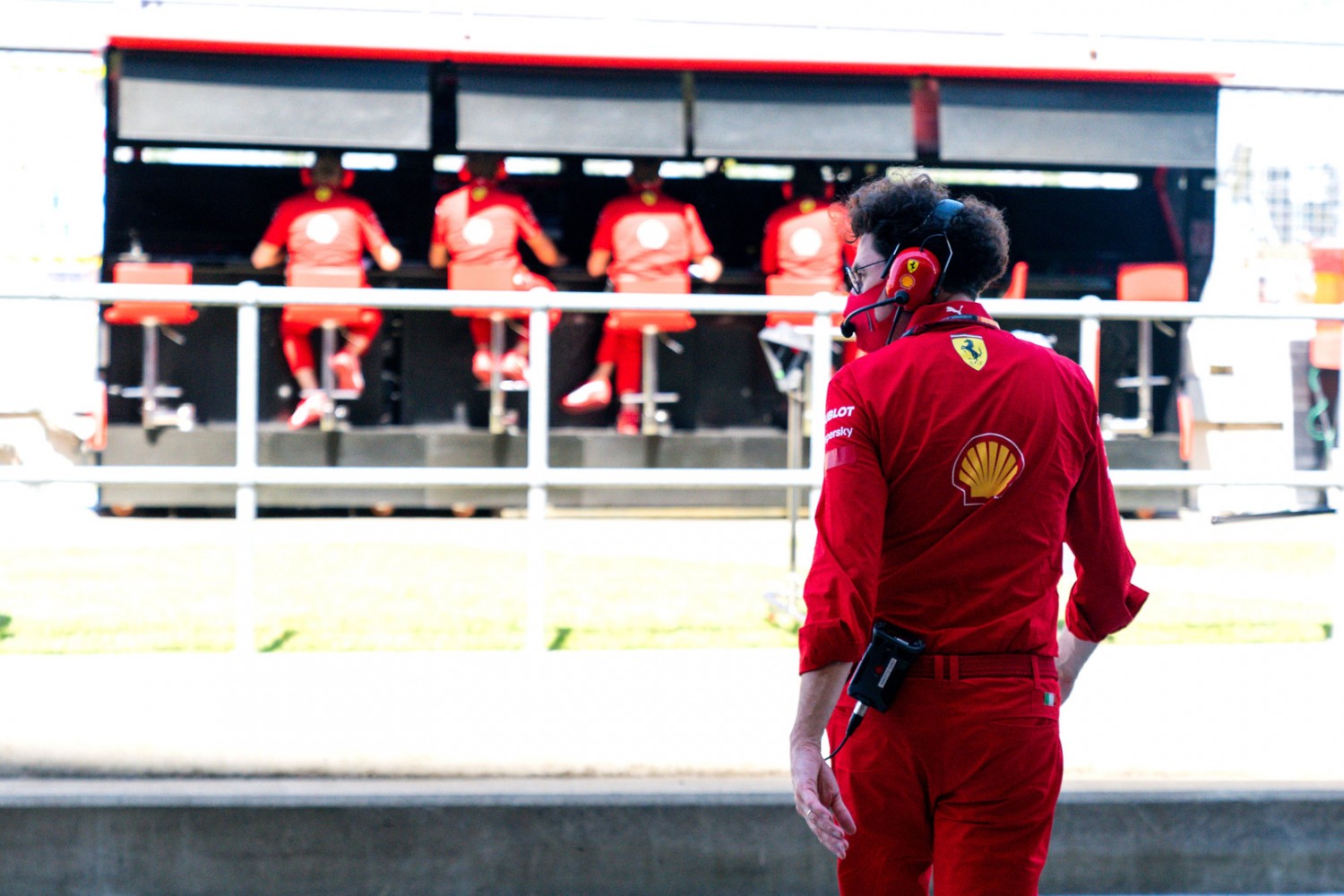 "I think that last year the main issue was the speed on the straight lines, not only the power but both power and drag," said Binotto, speaking during Ferrari's 2021 presentation on Friday.

"We’ve worked a lot both on the power unit and the car aerodynamics to reduce the drag of the car.

"And based on our simulations today, based on what we can see in terms of power output from the dynos and the drag of the car from the wind tunnel, I think that we’ve recovered quite a lot of speed on the straight lines.

"So I’m expecting the speed not to be such an issue as it was.

"We hope to be competitive, but we will know it only when being in Bahrain, because it's always relative to what the others are doing.

"But we believe that our car is certainly more efficient compared to the one we had last year, and when I'm saying efficient, again, it is both from the aero point of view, and from the power unit point of view."

But Binotto knows that despite the step forward, Ferrari will not have closed the gap to the field's front-runners.

"You cannot know where you are if you are not on track, and I think that will be important for us," he said. "We need to be realistic. The gap to the best last year was very important, and not something that we can recover in a single winter."

Armed with an improved car and its talented line-up of drivers constituted of Charles Leclerc and new recruit Carlos Sainz, Ferrari aims to move up the pecking order this season. But Binotto highlighted the need for his team to make "less mistakes" to achieve that task.

"Our duty is clear: we must represent and honour the Ferrari flag – it is a symbol of outstanding Italian excellence," said the Swiss engineer.

"I realise that in every competition there can be mistakes – I expect less mistakes, very few, or none. I expect to see quality and a healthy, joyful competitiveness."

Alonso will be absent from Alpine 2021 team launch