Just weeks ahead of the start of the 2021 F1 season, Lewis Hamilton has reportedly split with trusted right-hand man and manager Mark Hynes.

According to a report from Daily Mail F1 correspondent Jonathan McEvoy, Hamilton and Hynes parted ways last week as the result of discussions conducted over the winter. The split was described as "amicable".

Hynes, a former British F3 champion, is a long-standing close friend of the seven-time world champion and was chosen by the latter to lead Hamilton's "Project 44" management company and oversee the Briton's business dealings and logistics.

Along with physiotherapist Angela Cullen, Hynes was an important figure inside Hamilton's bubble on race weekends. 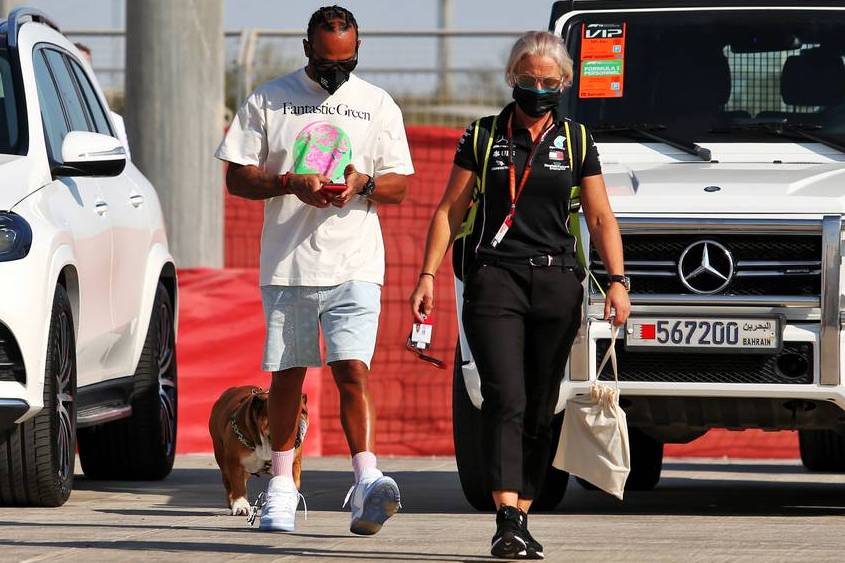 There's speculation that Hamilton's recently sealed one-year deal with Mercedes - in which Hynes was not invoved - may have incited the driver and his close advisor to review their working relationship.

According to the Daily Mail's report, a source close to Hamilton said: "Marc has left Project 44 to pursue other opportunities within motorsports and Lewis wishes him well knowing that he will be as valuable to his next challenge, as he was to P44.

"Lewis is very grateful for all his support over the last five years, both personally and in helping him build his company.

"During that time Lewis won four world championships and broke numerous records, and Marc was part of and shared in that success.

"Marc and Lewis have known each other since they were young, as friends first and business partners second, so, while they are parting ways in a business sense, they remain close friends."

Hynes was also expected to oversee the day-to-day running this year of Hamilton's X44 team which is set to take part in the upcoming Extreme E all-electric off-road series which kicks off next month in Saudi Arabia.

It is not currently known who will manage the squad following Hynes' departure.