Max Verstappen had a successful first day of the 2021 season on Friday, topping both the free practice sessions in Bahrain.

Picking up where he left off in pre-season testing earlier in the month, the Red Bull driver was almost three tenths quicker than Mercedes rival Valtteri Bottas in the daytime. He then edged McLaren's Lando Norris by almost a tenth in the floodlit evening session.

“It’s been a good day again," Verstappen noted afterwards. "With the heat and the wind it is not easy to find a perfect balance around the whole lap. But overall I would say it was a positive day.

"There are still things to improve and look into for tomorrow, tyre wise and a bit of balance tuning," he pointed out. "Plus I think it will be even more windy which is a challenge for everyone in these cars."

"I am pretty happy with the start of the weekend but tomorrow is a different day and we have to see whether we can do it in qualifying when it counts," he said.

His boss Christian Horner was also worried about what Mercedes still had up their sleeve for tomorrow.

“It’s always great to see your car on top of the timesheet, but Mercedes are looking pretty ominous so we don’t take anything for granted," he noted. “But yeah, we’re happy with the performance of the car so far.” 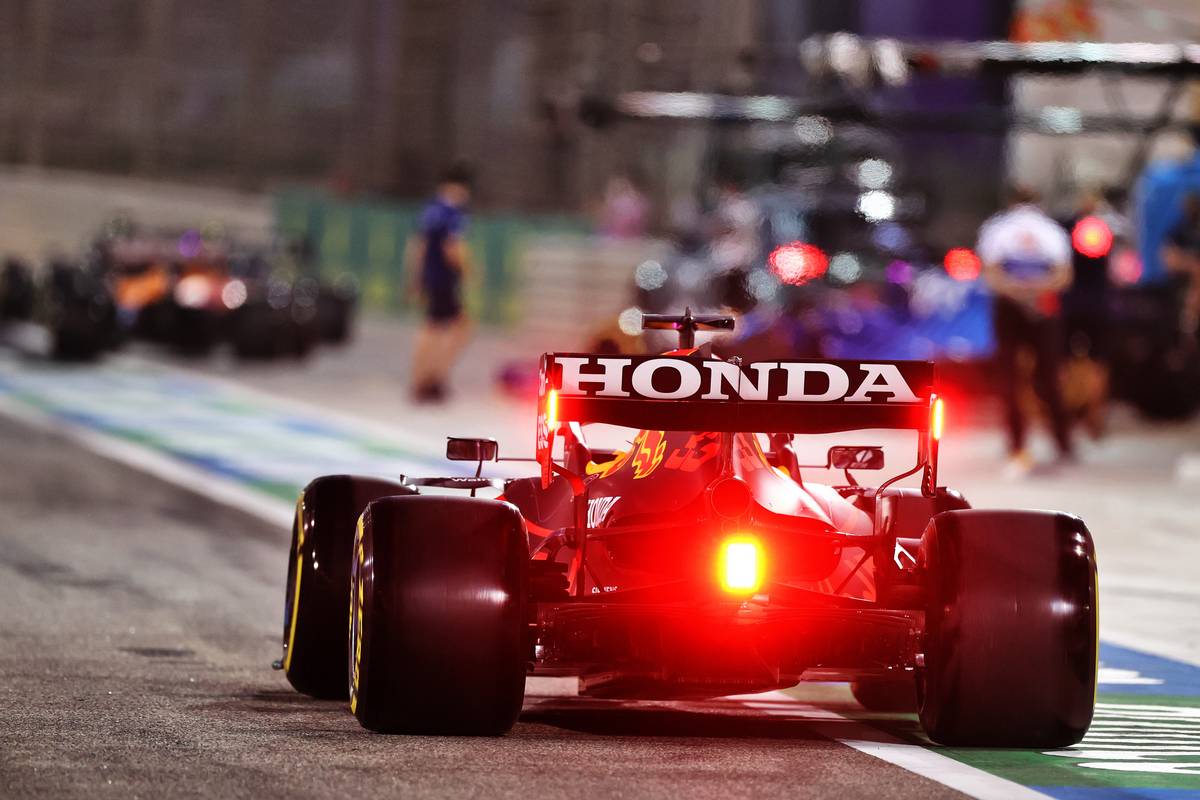 On the other side of the Red Bull garage it was a more subdued day for Sergio Perez in his first weekend for the team after his move from Racing Point (now Aston Martin) over the off-season.

“It feels great to finally get into a race weekend and I’m pleased so far with how things are going," he said. "I’m settling in well and taking some steps forwards.

However Perez was only sixth fastest in FP1 and tenth in FP2 which saw him 0.656s off the pace of his team mate as he gets used to his new surroundings.

"If I were to summarise today, I’ve got some work to do on the short runs," he mused. "Over one lap I don’t quite feel the car is within me just yet and I still have to think about what the car is doing.

"In the long runs I’m more comfortable and I think the pace is there, so that’s positive," he added. "I think we have some work to do on the soft tyre as there is also room for improvement there.

"But the car is performing well> We have good pace, and tomorrow it will be pretty close in qualifying so we need to make sure we get it right and have a good start to the season.”