Mercedes drivers Lewis Hamilton and Valtteri Bottas have both acknowledged that this year's car isn't in the state that they were hoping for in time for the start of the first Grand Prix weekend of 2021.

"The car wasn't where we wanted it by this weekend," admitted Hamilton, while Bottas went as car as describing the car as "nearly undrivable" at times

"It's looking better but still not perfect so we're working as hard as we can," said Hamilton, who was third fastest in FP2 albeit 0.235s off the time of his main rival for this year's championship, Red Bull's Max Verstappen. McLaren's Lando Norris was second quickest.

"It's all about having a stable car and being able to make the tyres last," he explained when asked what the principal concern was. "That's going to be key in this climate and with the wind we have here.

"The rear is unstable as it is but I'm sure everyone will be in the same boat - some a little more, some a little less [if it's windy on Sunday," he continued.

"When you approach a corner and the rear moves, you're trying to find that tipping point. The tipping point used to be further away with more downforce on the car, now it falls away much quicker than normal.

The performance we've lost on tyres this year doesn't help," he concluded. "We still have a hill to climb, but we're staying positive.

For his part, Bottas said that while there were still problems to overcome, the team had definitely made progress in the two weeks since the pre-season test at the same venue. 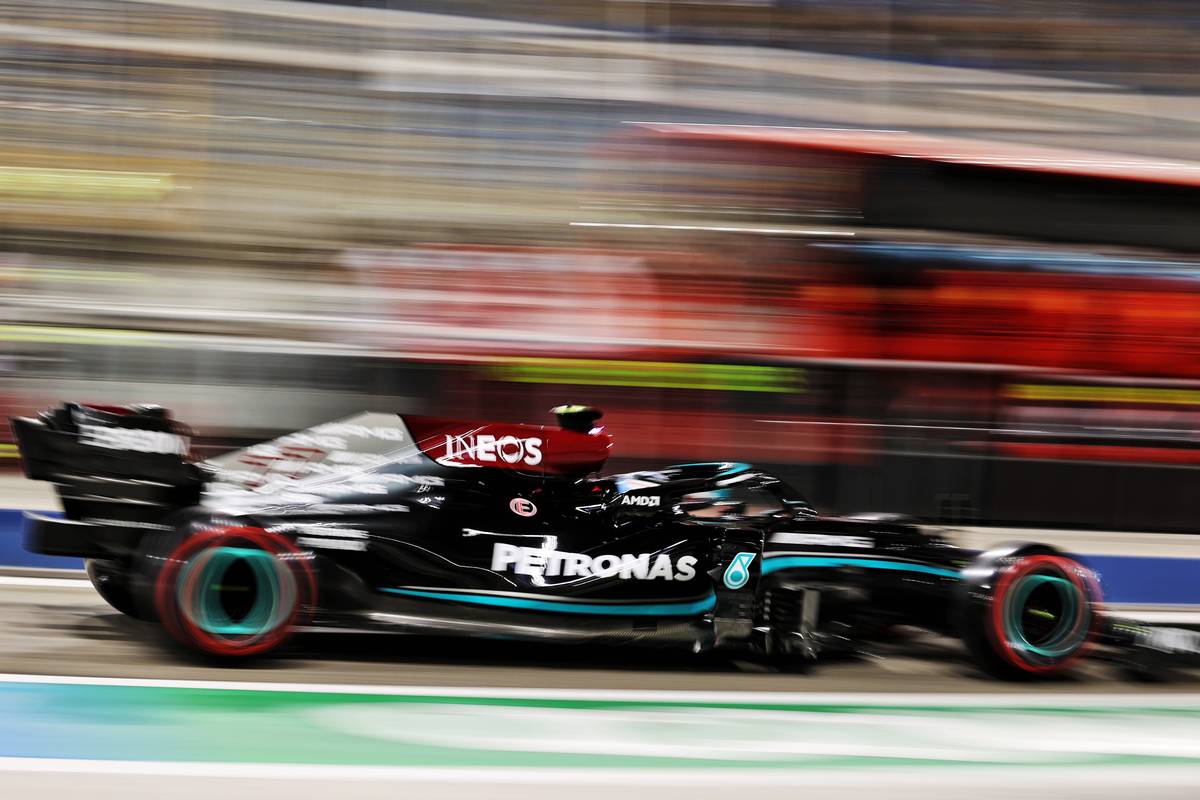 "The car felt better than in testing," he said. "Inconsistency in the balance, especially in the rear-end was one area to work on from testing.

"In terms of set-up approach, things improved and the car does feel better. But it's not quite yet where we would want it," he said.

"The last long run we did was pretty difficult: I couldn't really put any laps together and the car felt nearly undrivable at times.

"But it's only Friday and that's why we do practice. We're definitely in the mix. McLaren looked strong today, so too Red Bull as expected.

"I think we are up there. We're aren't the fastest, but we're not too far off it. We'll see tomorrow."

We've still got quite a bit of work to do, especially on the long runs where we didn't look strong," added trackside engineer director Andrew Shovlin

"We need more pace and better degradation in order to be competitive. But both those problems are linked to the same cause so hopefully we can make some progress overnight."

'Still a lot to try, a lot to learn' says Vettel