In qualifying, Max Verstappen confirmed his team's pre-season form by edging Lewis Hamilton in qualifying by a comfortable 0.388s margin.

The Dutchman led at the outset on Sunday, but Mercedes managed to undercut the Red Bull charger during the race's pitstop rotations, while a scintillating Hamilton held Verstappen at bay in the closing stages of the race.

Despite Sunday's win and the improvements enjoyed by Mercedes' W12 contender since its troubled debut in testing, Shovlin insists the German outfit's car is currently no match for Red Bull's RB16B.

"We don’t really have any strengths relative to them, is what I would say," said Shovlin.

"There have been a lot of years where we have been able to rely on straight-line speed or high-speed cornering or interconnected corners, but you look at it here and we weren’t taking any time out of them anywhere. 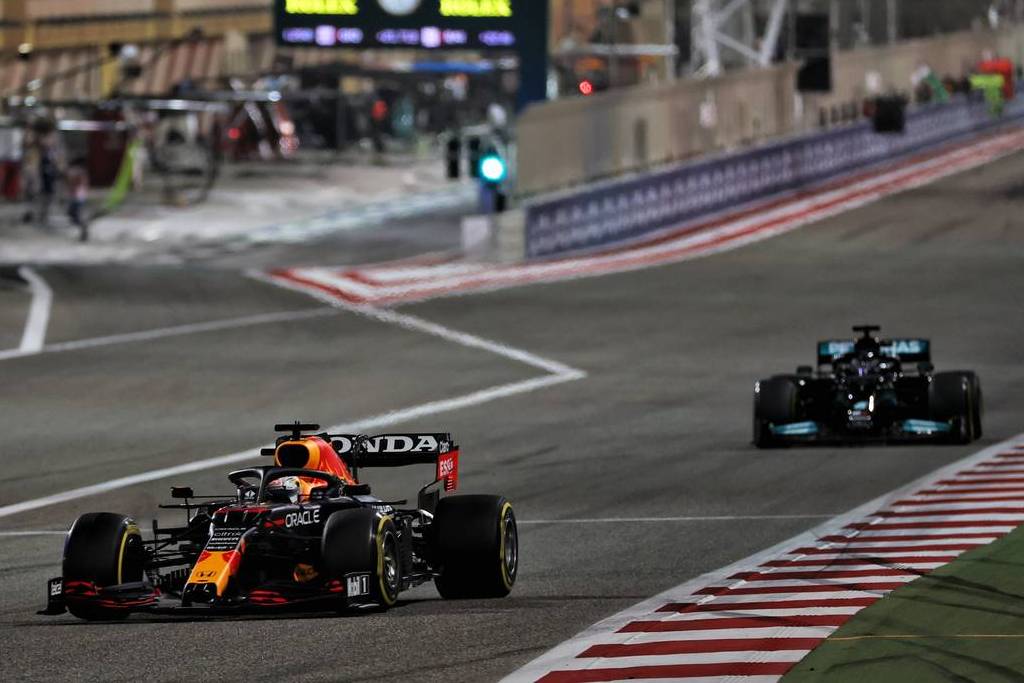 "There were a couple of corners where they really took chunks out of us in qualifying – the high-speed and also Turn 9 and 10, they were very strong there. That’s really the main thing.

"In qualifying they were just bang on the pace and in their best form they are just quicker than the others, so we need a faster car, simple as that."

Shovlin reckoned that Bahrain's layout and gusty environment were of no help to Mercedes.

"Bahrain's quite an outlier circuit - it's very hard on the rear tyres, and it's been really windy here. We've had 30/40 km/h wind, which is pretty much the upper end of what you'd see in a normal race season," he said.

"We're certainly hoping that this is not one of our finest tracks because we've really had quite a tough time, and I think we've got the car in a decent window by the end. But it's been awfully hard work.

Regardless, Shovlin projected a close battle with Red Bull and a difficult championship, but the Briton said it would not be the first time in the hybrid era that Mercedes would be forced claw back a rival's superiority.

"Some of those we didn’t get everything perfect, but some of those Ferrari was just better than us in race and quali.

"So we’ve had some tough years in the past few seasons, this is not alien to us and it’s what we’ve got to work with – two teams that look to be pretty much neck and neck at the moment.

"It’s going to be pretty tough and there’s no doubt Red Bull operate really well and are a sharp and well-focused team that don’t make many mistakes," added Shovlin.

"Max is clearly a very mature and sharp racer now, so he’s difficult [to compete against]. And they develop well, they have shown every season that they have the capacity to put a lot of performance on the car.

"Regardless of the starting point this is not going to be an easy championship, it is going to be tight and it is one that we are not going to give up on, and they will tell you the same."

Brawn encouraged to see 'nothing between Mercedes and Red Bull'