Valtteri Bottas was clearly feeling much happier about life after his first day on track in Imola than he had been last month during a troubled opening day at the season opener in Bahrain.

The Finn topped both of Friday's one-hour practice sessions for the Emilia Romagna Grand Prix by a narrow margin over his Mercedes team mate Lewis Hamilton. He felt that they had made definite progress with the W12 over the intervening weeks.

"The weekend has started in a positive way, I'm much happier with the balance of the car," he said after the end of the afternoon practice. "The car is feeling much better than on the first day in Bahrain

"We've made steps forward so that's really good," he continued. "[But] we still don't think we are the fastest car, and we really need to improve on that on Saturday.

"We still have the same type of issues as in Bahrain, but less so," he added. "Still not perfect but we are only on event two out of 23 this season so hopefully we have time to fix it."

Red Bull's Max Verstappen was less than six hundredths of a second off Bottas' time in the morning, and might even have gone in front in FP2 if not for the RB16B suffering a drivetrain issue just ten minutes into the afternoon session.

"We didn't see the best from Red Bull today but we'll see that in Q3 tomorrow. No doubt they are going to be fast," Bottas acknowledged. "The whole grid from midfield to the front looks very close." 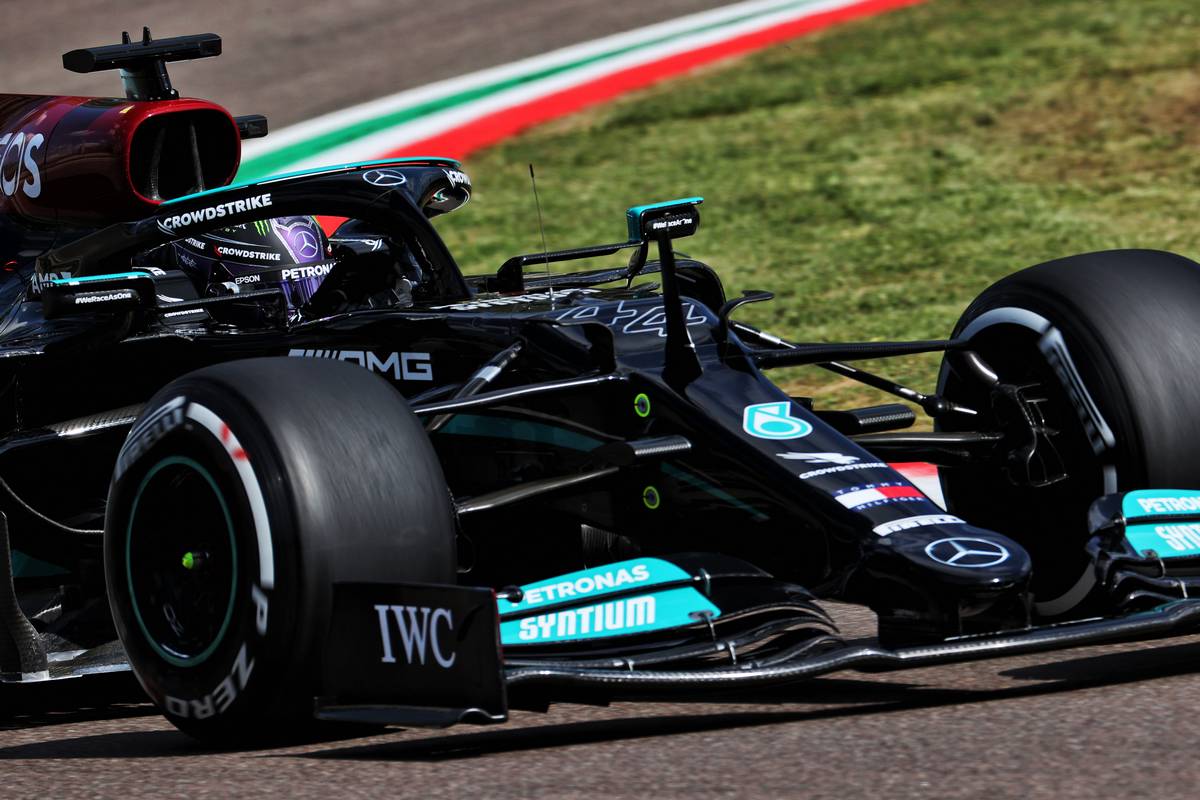 As for Hamilton, he was just 0.010s behind Bottas in the afternoon session with little dividing the two men on the track.

"We started off with a really good set-up today, a few tweaks here and there but no major issues. So far, good pace from us this weekend," he summarised.

"The team worked very hard to understand what happened in the last race where we were weak and to see if we can try to tweak the car for a better set-up. I also think the track has come a little bit more in our direction.

"We haven't seen the best from the Red Bulls yet," he cautioned. "It looks like they had messy sessions with traffic but it will be interesting to see just how quick they are tomorrow.

"Positioning is important here," Hamilton added. "It's hard to follow around this track, so nailing the set-up and maximising tomorrow is going to be so important."

Verstappen: 'Missing FP2 not the end of the world'