After shining in practice at the season opener in Bahrain last month, McLaren were looking somewhat off the boil in Imola ahead of the Emilia Romagna Grand Prix.

Lando Norris finished the day eighth fastest in FP2, while his new team mate Daniel Ricciardo was down in 18th after having some of his best lap times deleted for exceeding track limits during the afternoon.

But neither driver was overly concerned with how the day had gone, saying that problems with communications and a number of stoppages during the shortened one-hour sessions had played a big role.

"Tricky day, just because it was quite messy," said Norris. "Not from our side necessarily, but because of the yellow flags, red flags and things like that.

"There were also a few problems with radio and things which again weren't our fault, but made it a hectic session.

"I made a couple of mistakes, went across the gravel one time so it's a tricky track to kind of get a good rhythm with and to put the whole lap together and so on.

"Many things to work on going into tomorrow," he continued. "I wouldn't say we're as confident as we were a couple of weeks ago.

"But I think we can make some good improvements going into tomorrow to make the car a bit nicer to drive, a bit more comfortable and give myself a bit more confidence as well. 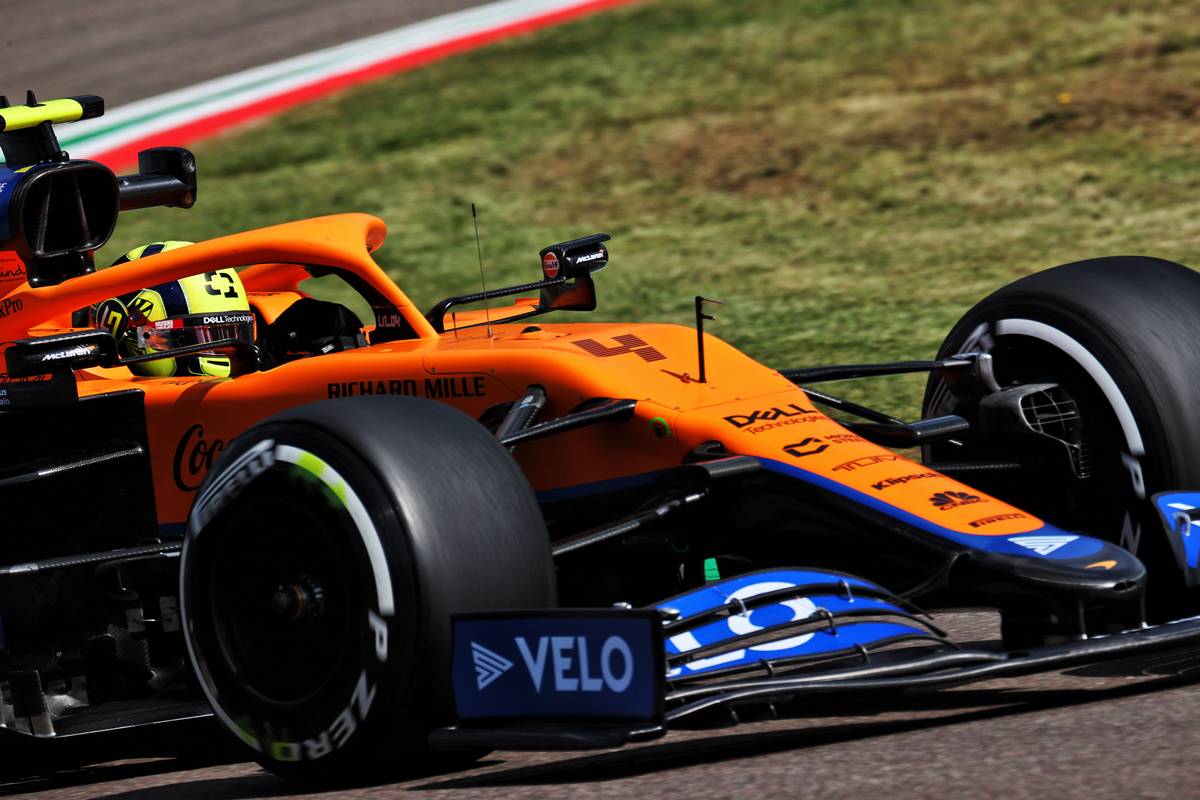 "I don’t think we’re in a bad position, but we definitely have some work to do," he said, while admitting that it was no surprise that they had slipped behind main rivals Ferrari.

Ferrari are a good step stronger than they were in Bahrain," he told Sky Sports F1. "In Bahrain they were definitely quicker than us in the majority of corners - not all of them - but here they look very quick.

"It's Ferrari: if there's one team at the moment that's going to make a big improvement somewhere, it's them," he said. "So it's not a surprise. Maybe that little bit faster than we anticipated, but not a shock.

"It's quite a qualifying-dependent track, so there is going to be a lot of focus on trying to maximise the performance over one lap, and maybe compromise a little bit more in the race."

As for Ricciardo, the Australian said it was "awesome" to be back at Imola but admitted that it had been "a bit difficult" on track today.

"It was a challenging day, but we’ve got a session in the morning tomorrow to figure it out ahead of quali," he said. "We’ve definitely got a few things to work on overnight to get some more out of the car.

"We’ll try to address the issues today and put ourselves in a good place for tomorrow," he added.