Max Verstappen was hoping that he would be starting the 2021 Emilia Romagna Grand Prix from pole position, after bouncing back from a driveshaft failure in FP2 to top the times in Saturday morning's final practice.

But the Red Bull driver wasn't able to find the same speed in the afternoon, and was beaten by his team mate Sergio Perez is two of the three rounds of qualifying - including the all-important final top ten pole shoot-out.

Although Verstappen was a mere 0.087s off the pole position time set by Lewis Hamilton, it was enough of a gap to allow Perez to slip in and pip him to a front row starting spot for Sunday's race.

"In qualifying you change tyres from soft to medium trying to put your lap in. It was all coming along nicely until, in Q3, the final run," he admitted when talking with the media immediately after the end of the session

"I went off at turn 3 with two wheels, so a bit messy," he explained. "I know Honda makes good lawnmowers but I don't think this one is suited for that!

"Just not a great lap, but it can’t be good every time," he added. “We'll see what went wrong, but it was definitely not the easiest thing.

"At least I tried. But I know it was just really a scrappy lap and I haven't had that in a long time, so I just need to understand why that happened. 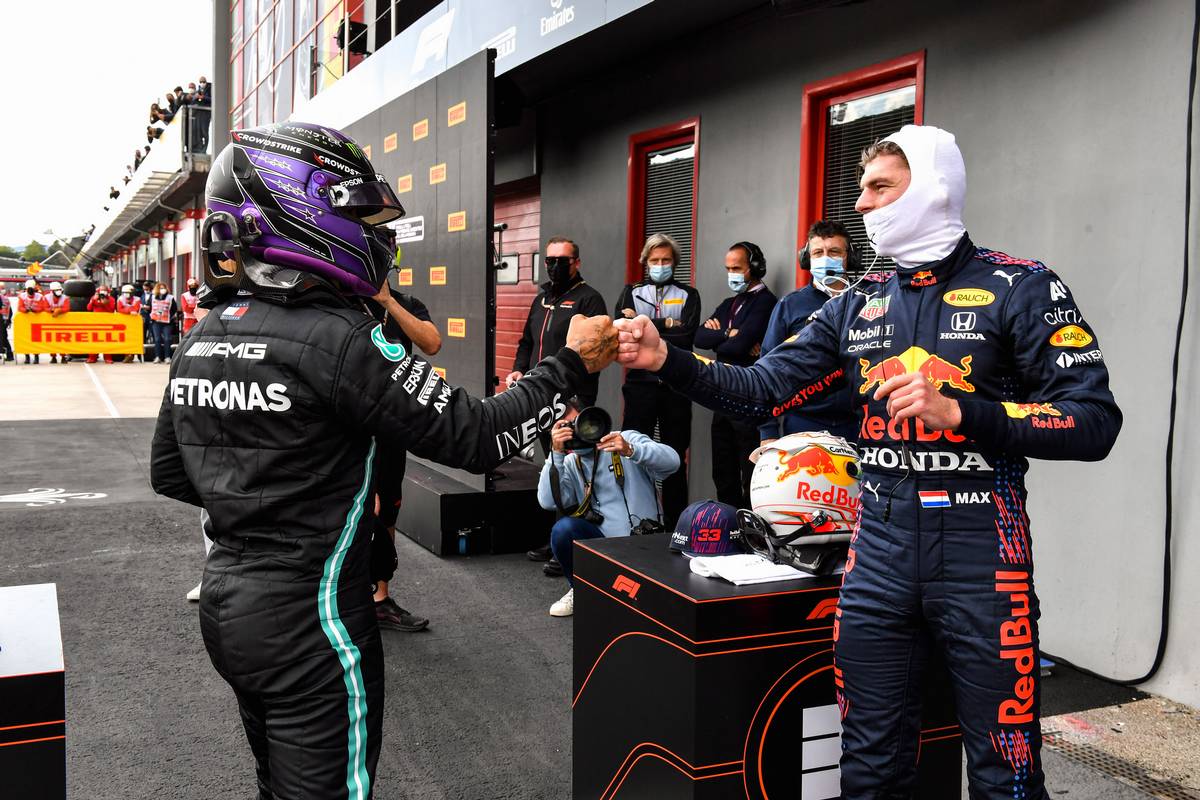 "Nevertheless I think we were very close, so that's positive."

Verstappen insisted that he remains optimistic about his prospects for the race. Like Hamilton, he will be starting on the medium compound tyre unlike Perez who will line up on the softer option.

“It’s going to be interesting because we have the two cars on different tyres so let's see how that will work out," he said, predicting that he would be able to challenge Hamilton and Mercedes in race trim.

“We'll try to make it difficult for them!"