The Emilia Romagna Grand Prix was dominated by an impressive performance from Max Verstappen, but the Red Bull driver nearly threw away his chance of victory when he came close to spinning before the restart after a red flag stoppage.

"A little moment when I was trying to warm up the throttle,” Verstappen told the media in parc ferme after the end of the race. “Luckily we didn’t spin," he said, adding: "That was a secret tactic to warm up the tyres!"

Verstappen had led all but two laps on Sunday after muscling his way past polesitter Lewis Hamilton at the first corner of the race which started in wet conditions following earlier heavy showers.

“It was very challenging out there, especially the beginning,” Verstappen admitted. “It was very hard to stay on track to be honest. It was very slippery!

"I was surprised myself,” he said of the moment he jumped from third to first place. “Last year we have been struggling a little bit off the line.

"I think we worked really hard to make that better and already, you saw it in Bahrain, now in these tricky conditions I think we did a great job.”

After that he soon pulled out a five second lead over Hamilton in the early stages, but then found his advantage starting to be chipped away by the Mercedes as the time for pit stops neared.

"With the tyres degrading in the wet, choosing the right moment to go onto slicks is never easy,” he explained. "When that track is so difficult to drive with only one dry line, you never really want to be first [to change to slicks]. 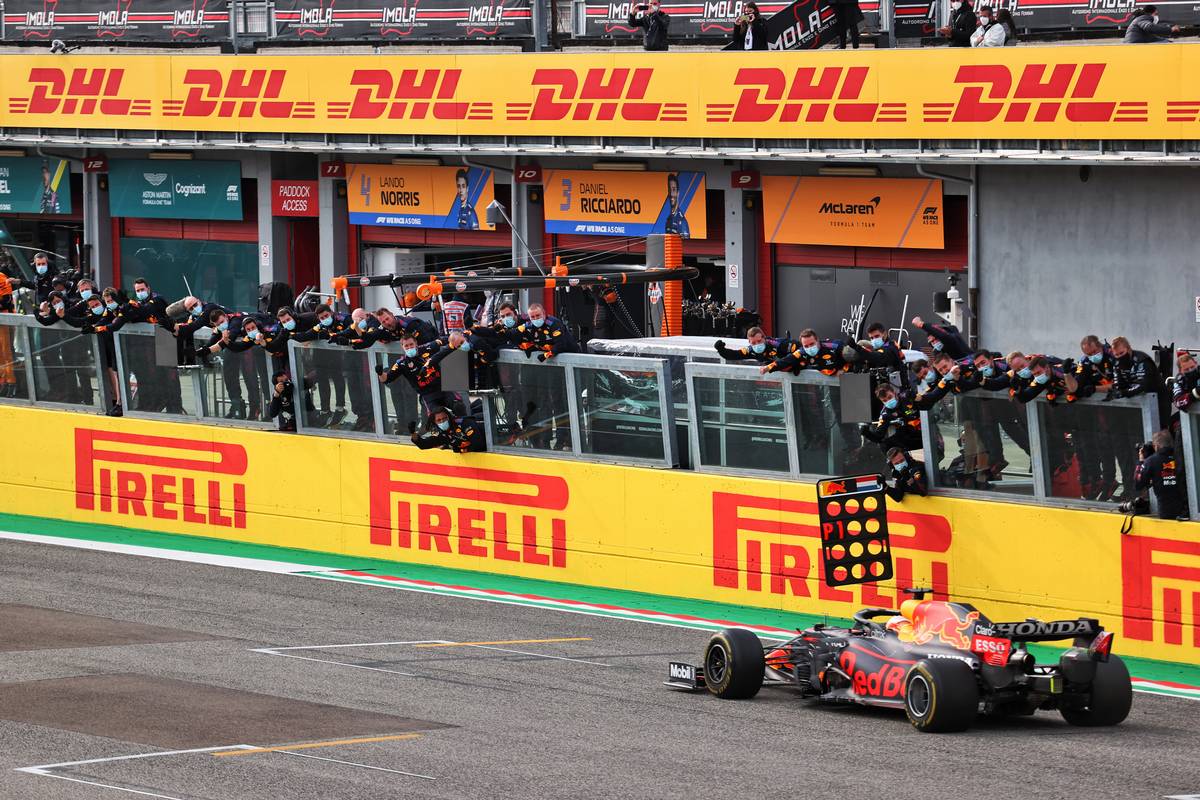 "You actually want to wait for someone to take that gamble and then you can see from the sector times if it's good or not," he continued. “I think we managed everything well."

In the end, Sebastian Vettel was the first to make the move and it was his improving lap times that sounded the klaxon for the rest of the teams.

"[Vettel] started to run those times that were a bit faster than the intermediates, so I think it was really the right call on the lap where we did that. One lap earlier it would have been a lot harder."

Hamilton was a lap later coming in, but a slow pit stop by Mercedes meant he wasn't able to pull off the overcut and take the lead. Moments later the reigning world champion made a mistake and went off at Tosa, eventually rejoining in ninth place.

A red flag for an accident between Valtteri Bottas and George Russell caused a red flag, and it was during the ensuing rolling restart that Verstappen's dominance of the race faced its biggest threat. 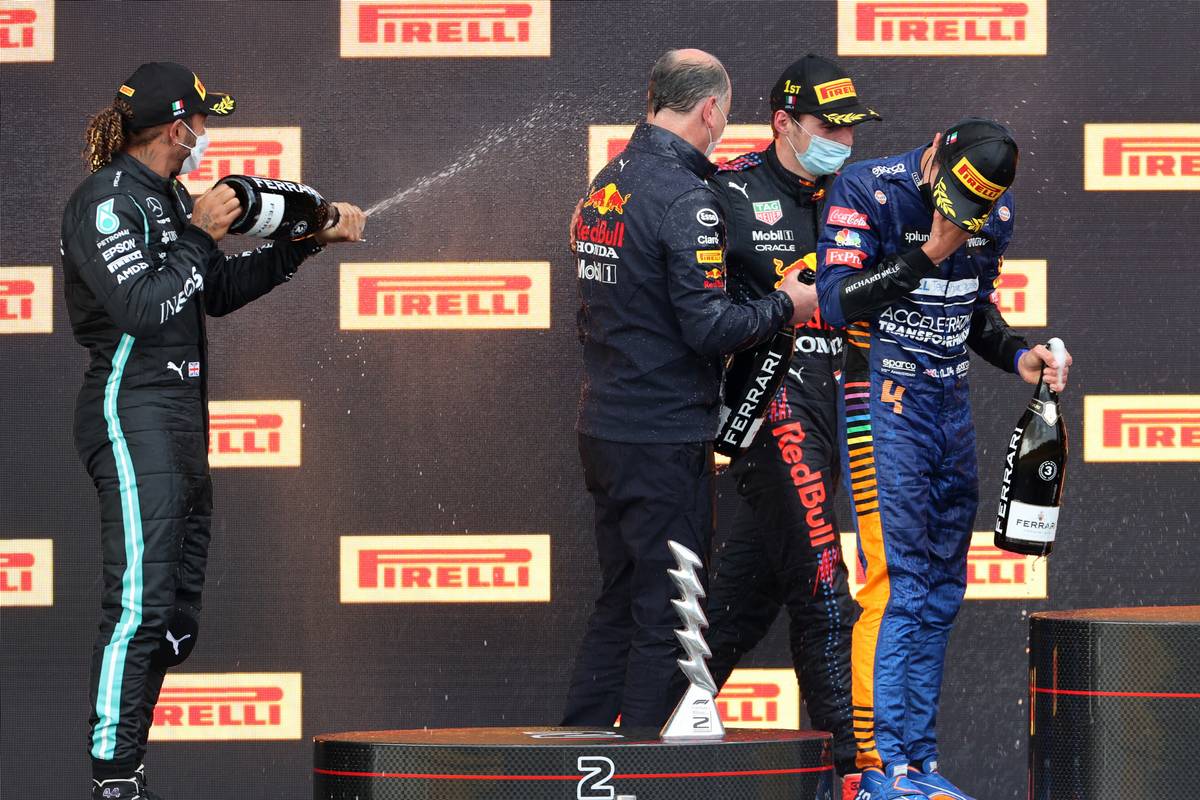 "[There was] a little moment at my restart," he said. "[But] everything else went really well today so of course I’m very happy with that.”

While Hamilton was carrying out a major disaster recovery exercise to fight his way back to second, Verstappen was able to pull out a 22s lead over the rest of the field to claim his first win of 2021.

Red Bull boss Christian Horner was delighted by Verstappen's victory. A great performance from Max today. He had a mega start and dared to overtake Lewis on the inside.

"That little moment on the restart was the only mistake he made all afternoon and he deserved the win."

However he was disappointed that the team hadn't got more advantage as a result of Hamilton's rare error, who retains the lead in the drivers championship by one point after his comeback drive and setting the fastest lap of the race.

"We should have taken many more points away from Mercedes today," he told Sky Sports F1.