George Russell walked back his criticism of Valtteri Bottas after reviewing footage of the pair's massive crash at Imola on Sunday.

The two drivers came together just as the race had passed its half point when Russell attempted to pass Bottas on the run down to Turn 2, or Tamburello.

But the Williams driver's position on the damp right-hand side of the track led to him putting a wheel on the slippery white line and losing control, his car smashing into the Mercedes and sending both drivers heavily into the wall, fortunately with no other consequence than littering the track with debris.

After a brief but heated exchange with his rival, Russell accused Bottas of moving over on him, a defensive maneuver that he labeled as "incredibly dangerous".

The Finn was unimpressed however, insisting he had done nothing wrong and had simply followed the racing line.

Bottas' view was supported by Mercedes boss Toto Wolff who stated that "the odds were against Russell" during his ill-fated maneuver and that the Briton still has "lots to learn".

After reviewing extensive footage of the incident, Russell toned down his criticism of Bottas, admitting that the Mercedes driver was "probably not" at fault after all. 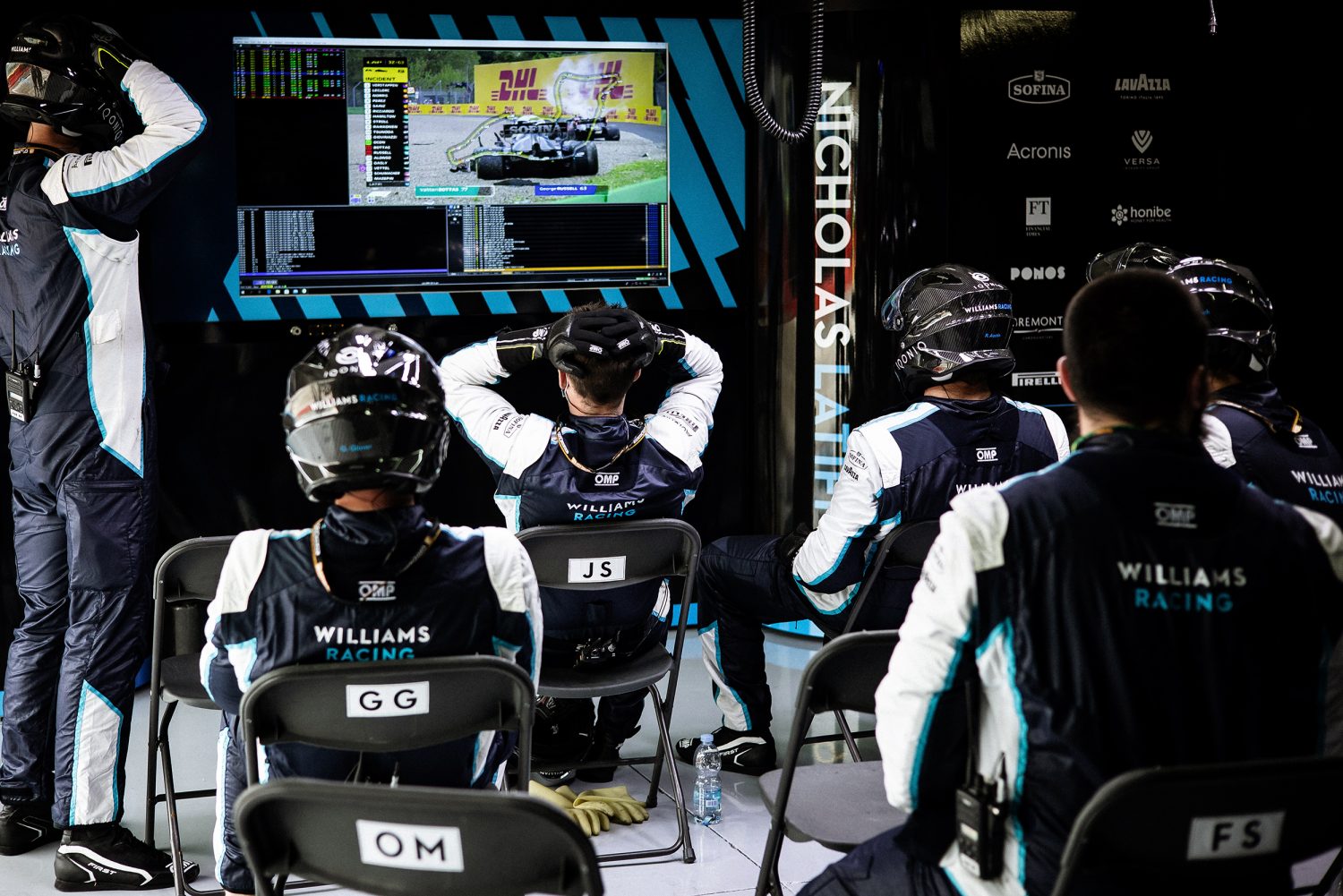 "When you can review everything and look at it in slow motion and everything, and from certain camera angles, it all looks very, very different," he said.

"One camera angle makes it look one way, another camera angle, like I said, when you watch it from behind on the CCTV footage it looked quite clear, in a different opinion.

"I was more frustrated because of the speed of the incident. I’ve never, ever had a crash at the end of a straight when we’re absolutely flat-out, and we’ve all seen the dangers of motorsport very recently and to be honest I would have reacted exactly the same had it been battling for the win, battling for ninth or battling for last. Because I just thought it was unnecessary and it was avoidable.

"As I said, Valtteri did nothing that was outside the rules, but you have to take an element of responsibility and consideration into the fact of the conditions.

"There’s certain things you can do in certain ways when everything’s stable, but when it’s a damp track, there is a kink, and you’re pushing someone towards the grass, onto the damp patches at over 200 miles an hour.

"Could it have been avoided? Yes. Was Valtteri in the wrong? Probably not," added the Briton.

"Could he have done something slightly more? Maybe. Was I in the wrong? I caused the crash by spinning, but was I wrong to go for that overtake? Absolutely not.

"You would have been foolish to lift at that position."

The incident that brought out red flags in Imola 🚩#ImolaGP 🇮🇹 #F1 pic.twitter.com/Z18dCPXwOZ

After the race, Wolff suggested Russell - a Mercedes protégé - should have used better judgment and assessed his situation in the context of racing a Mercedes, which is a faster car.

"I’ve never been in a position where I’m fighting against a Mercedes," said the 23-year-old.

"Williams has not been fighting against Mercedes for probably five years. So it’s not even crossed my mind how I would fight against a Mercedes.

"As I said, it was not a reckless move. The move was totally on. Valtteri defended hard, and he was fair to do so. But we were three quarters of the way down the so-called straight.

"It wasn’t like I lunged him from 20 meters back and crashed into the side of him.

"It was unfortunate, the incident would not have happened if it wasn’t damp and if DRS was closed. It was just an unfortunate set of circumstances."