Daniel Ricciardo says he had to swallow his pride when asked by his McLaren crew to let through his faster teammate Lando Norris in the Emilia Romagna GP, but the Aussie insists his team's call was fair.

Ricciardi was leading Norris after 16 laps in Sunday's race with the pair running fifth and sixth behind Red Bull's Sergio Perez.

However, Norris radioed in to tell his team that he had more pace than his teammate but required clean air.

Ricciardo was subsequently told to relinquish his position to Norris who indeed proved faster and went on to secure a podium finish while the Aussie finished P6. 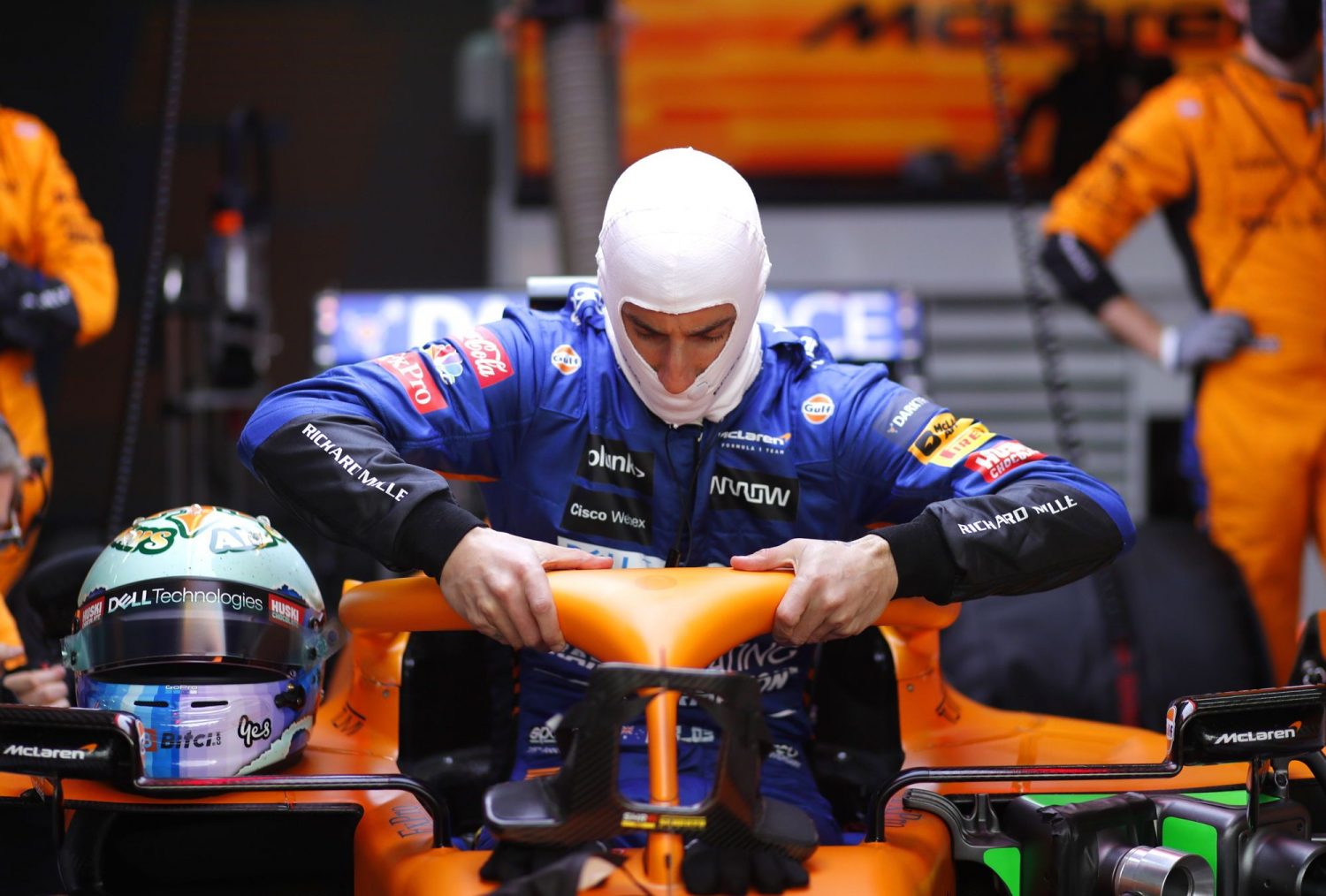 "I think that's where I've certainly got to swallow my pride," Ricciardo told Sky Sports F1. "Honestly, the team were fair enough. They gave me time to try to show my pace.

"There were some laps where I had a bit and I could kind of do a decent time. To be honest where I did push I did start to kill a bit the right front [tyre].

"So yeah, I think they gave me the time that was required to show what I had and today it wasn't enough. So we're not going to get into any fisticuffs, it was fair enough."

Ricciardo has yet to outpace Norris on race day, having finished seventh, or three spots behind his teammate in the opening round in Bahrain last month.

The Honey Badger says he didn't underestimate the difficulties linked with his change of environment and switch from Renault to McLaren. But he simply needs more time.

"I don't think I underestimated [the transition]," explained the 31-year-old said. "I was well aware of this when I transitioned from Red Bull to Renault.

"I guess, unfortunately, it's just going to take a bit of time. But the season's long I think, it's only race two. Of course I want to be quicker already.

"I think that probably by race six, race seven I'll look back at race two and be like 'What was I worried about', you know. It's still so early.

"The encouraging thing is the pace is there. You know Lando had a strong race and all weekend actually really strong pace.

"So, it's really just about me and fine-tuning everything with the car and I guess becoming one with it. So yeah, I'll just work at it and hopefully be more competitive for races to come."