Valtteri Bottas was delighted to pip his team mate Lewis Hamilton to pole position in today's qualifying session for the 2021 Portuguese Grand Prix at Portimão.

He had set the quickest time of anyone on Friday but was outpaced by Red Bull's Max Verstappen in final practice. He narrowly pipped Hamilton in Q1 fell behind the reigning world champion in the second round.

Bottas narrowly pipped Hamilton by 0.007s with a first run of 1:18.348s. Neither driver was able to improve with their second run on medium tyres, leaving the Finn with the upper hand when the chequered flag came out.

“It’s a good feeling to be on pole,” he told the media in parc ferme immediately afterwards. “It feels like it’s been a while.”

It's Bottas' 17th F1 career pole, his first coming at the 2017 Bahrain Grand Prix and the most recent behind at the same circuit for the Sakhir GP in 2020. He missed out on the front row for this season's opener and slumped to eighth last time out in Imola

“It was nice to get a good qualifying,” he acknowledged, “it’s been the weak point for me in the first two races, getting the tyres to work.

“This weekend we’ve been working hard and it’s nice to see it’s paying off, which means a good position for tomorrow.” 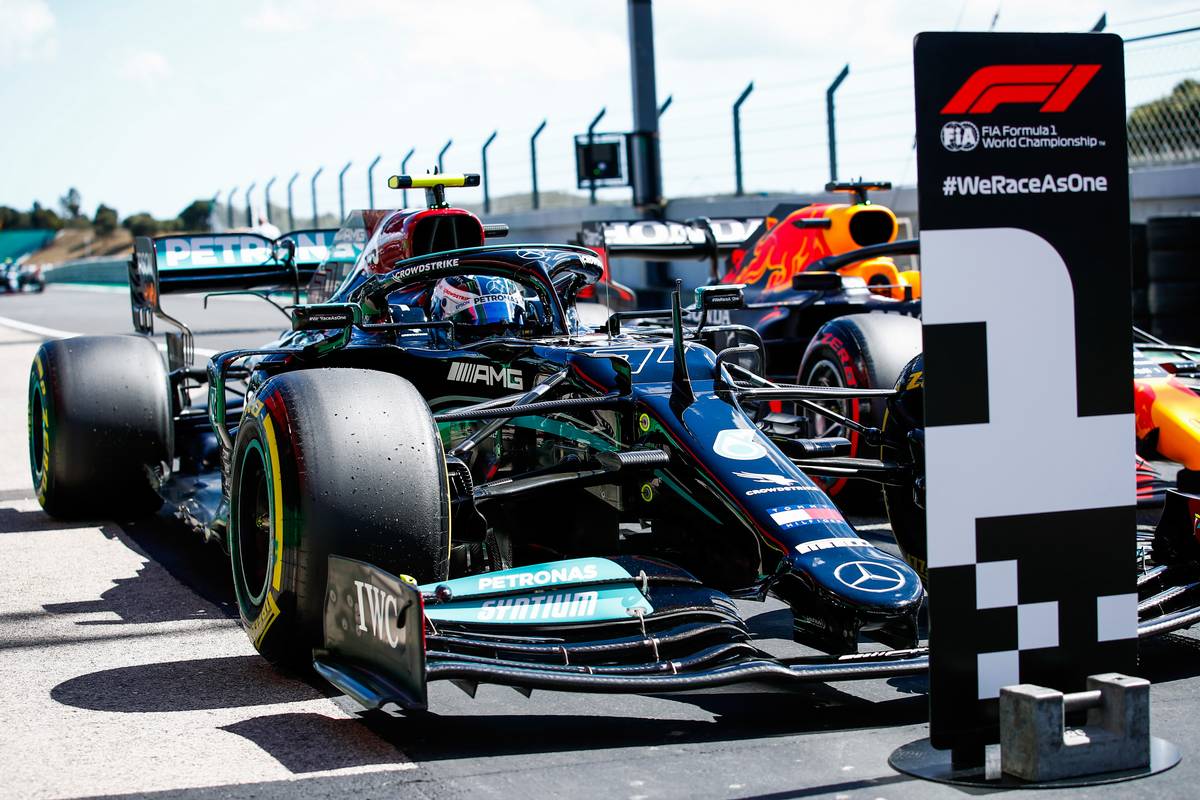 Both Mercedes will start tomorrow's race on the medium compound, which Bottas felt was the better choice for them.

"The whole weekend it’s been a so-so feeling with the soft tyres," he said. "It’s been feeling better with the medium."

Having set his best Q3 time on the soft tyres, a change to the mediums failed to produce any improvement at the end of the session.

"Like last year we put the medium tyres on at the end of the qualifying," he explained. "We tried it again [today], but I think maybe the wind picked up in the last run and I couldn’t quite get the temperature in them.

"I’m glad that we still got a good result obviously," he said. "And tomorrow, starting with a medium tyre, I think it’s good.

"It opens up opportunities that we can go pretty much as long as we want in the first stint.”

Ricciardo in the dark and mystified by 'grim' P16