Red Bull motorsports consultant Dr Helmut Marko has called for changes to Formula 1's rules on track limits after Max Verstappen lost out on the bonus point for the fastest lap of the Portuguese Grand Prix.

Verstappen made a late pit stop to pick up a new et of soft tyres in his bid to set the quickest lap time, and thought he'd succeeded - until race officials rules that he'd exceeded track limits on turn 14 on his run and deleted the time, handing the point to Mercedes' Valtteri Bottas instead.

"It’s a shame the Fastest Lap got taken away," Verstappen said when he heard. "Stupid track limits, they should just put gravel back! It is what it is, we always try and I had the gap so we went for it."

Marko said after the race that the decision from race control had been "annoying". "Now we've lost the victory, fastest lap, and pole position," Marko told Sky Sports Germany of the team's record of losing out over track limits during the first three races of 2021.

"All good things come in threes, I hope that's the end of it," he said, adding that the sport couldn't go on with dozens of track limit calls every weekend wrecking the on-track action.

"Something has to change," he thundered. "Either you make a boundary with kerbs or you make gravel or something [so that] if you go out there's an automatic penalty."

Team boss Christian Horner felt the same way: "It was frustrating to lose the point for Fastest Lap at the end of the race due to track limits which I think we agree need to be consistent throughout the race weekend."

On top of the controversial call about Verstappen's fastest lap, Marko was also furious with the way that Lando Norris had been able to pass Sergio Perez earlier in the race without being penalised .

"Norris overtook Perez, went over with all four wheels, and there were no consequences," he said. "So it's not consistent; that's not racing when you juggle the rules like that." 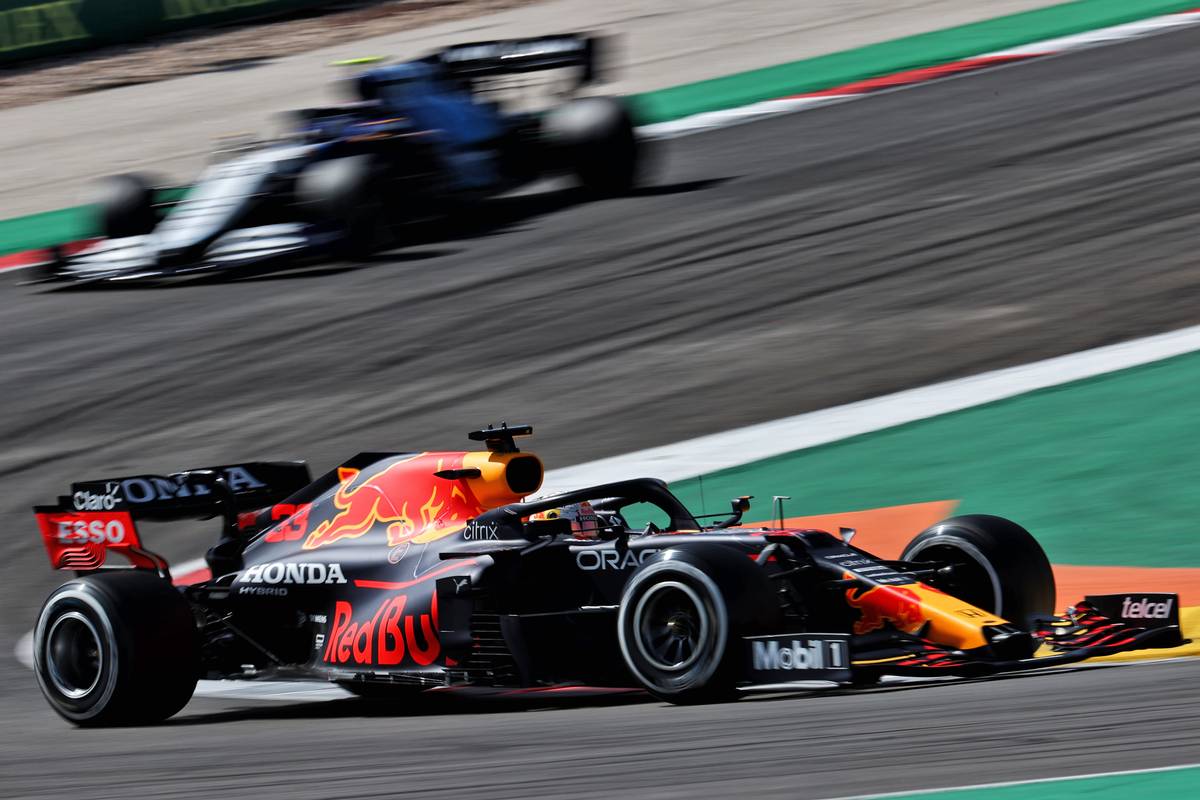 Perez confirmed that the McLaren had gone off track while gaining a position.

"I looked at my mirrors and I thought Lando was totally off the track limits," he said. "I didn't fight the position hard enough, thinking that he was going to give me back the place.

"It was a misjudgment on my side and a mistake but being stuck behind Lando compromised our race and cost us a lot of time. When I got past him my pace was good but I think the damage had already been done."

Marko had already been involved in a row over Norris having been told not to do Verstappen any favours by moving aside in qualifying, which the Austrian said had been at the behest of Mercedes who supply McLaren's power units.

Despite the disappointment of missing out on victory in Portimão which he said favoured the Mercedes, Marko felt that the Red Bull was still a strong challenger for the title.

"This is a Mercedes track but we were in a good place," Marko stated. "It wasn't enough to win, but the direction of development on the car is good."

Norris enjoyed 'fun but stressful' run to P5 at Portimão