Lewis Hamilton and Valtteri Bottas were looking in confident form as the Mercedes pair comfortably topped the times after the second practice session for this weekend's Spanish Grand Prix.

However their advantage over Ferrari's Charles Leclerc in third place was somewhat slim, while Alpine was looking noticeably strong with Esteban Ocon and Fernando Alonso fourth and fifth quickest ahead of AlphaTauri's Pierre Gasly.

Max Verstappen ran wide on his sole serious effort on the soft tyres which left him down in ninth place on an unrepresentative time, with his team mate Sergio Perez similarly subdued in tenth, but this didn't appear to give rise to any undue concern on the Red Bull pit wall.

Track and air temperatures were on the rise as the cars returned to the track for the second free practice session after lunch on Friday, and the wind was also noticeably more in evidence at the Circuit de Barcelona-Catalunya. 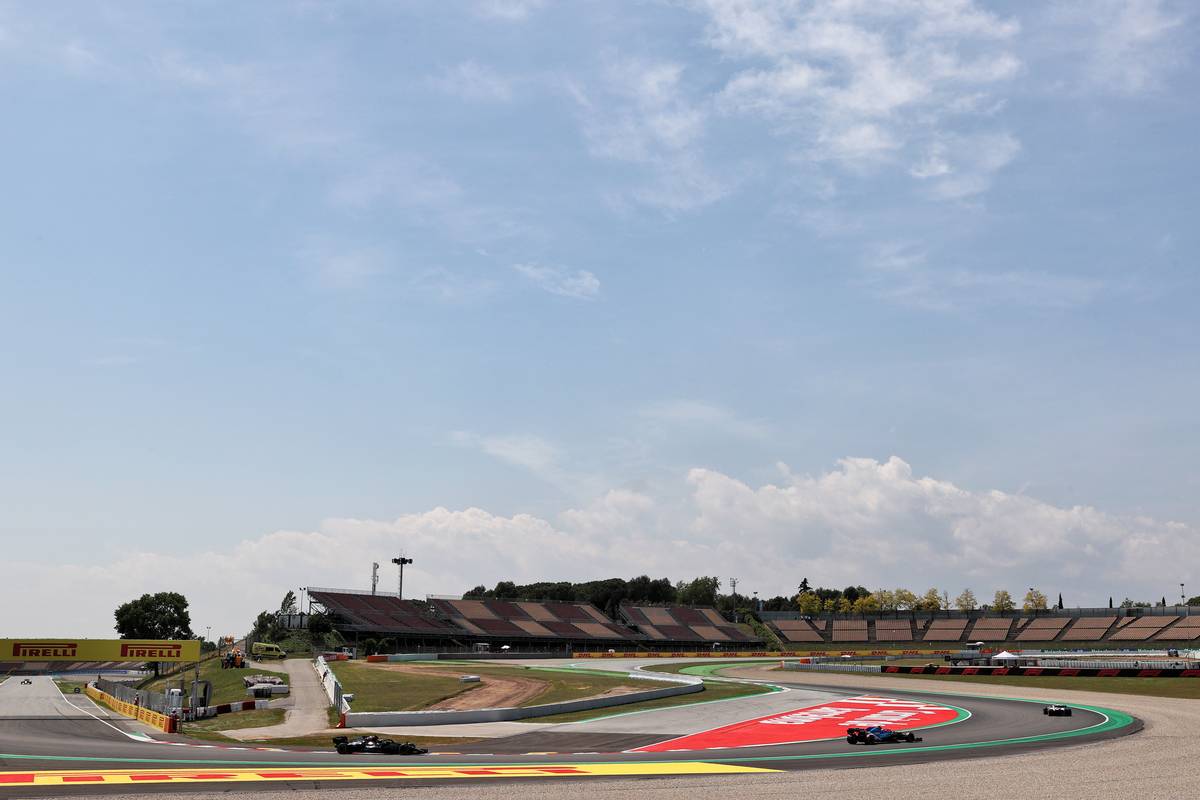 Picking up where he'd left off in the morning, Mercedes' Valtteri Bottas set the early pace with a time of 1:19.087s on the medium compound. Despite running wide at the final chicane, this was still a second clear from early runs by the likes of Lando Norris Esteban Ocon, Carlos Sainz and Yuki Tsunoda. Ferrari's Charles Leclerc cut the gap to just under seven tenths and Lewis Hamilton reduced it further but was still behind his team mate after being held up at the end of his first run.

Six minutes into the session, Max Verstappen narrowly went fastest as the Red Bull posted a time of 1:19.041s. Bottas responded and slashed the top time to 1:18.419s with his next run, with Hamilton then benefitting from a tow from Verstappen as he improved to within 0.042s of his team mate's time. That was just before a brief virtual safety car was declared to allow marshals to clear some debris dropped by Sainz running wide over the sausage kerb at turn 9.

After the initial runs, the top three were comfortably half a second ahead of Alpine's Fernando Alonso and AlphaTauri's Pierre Gasly, with the rest of the top ten filled out by Ocon, Sergio Perez, Leclerc, Tsunoda and Lando Norris, with Daniel Ricciardo a couple of tenths behind his McLaren team mate in 11th. Bottas and Hamilton switched ot the soft compound for their next outing and Hamilton moved ahead of Bottas with a time of 1:18.170s, with Aston Martin pair Sebastian Vettel and Lance Stroll also finding more time on the red-walled tyres to go fourth and fifth respectively ahead of Alonso. 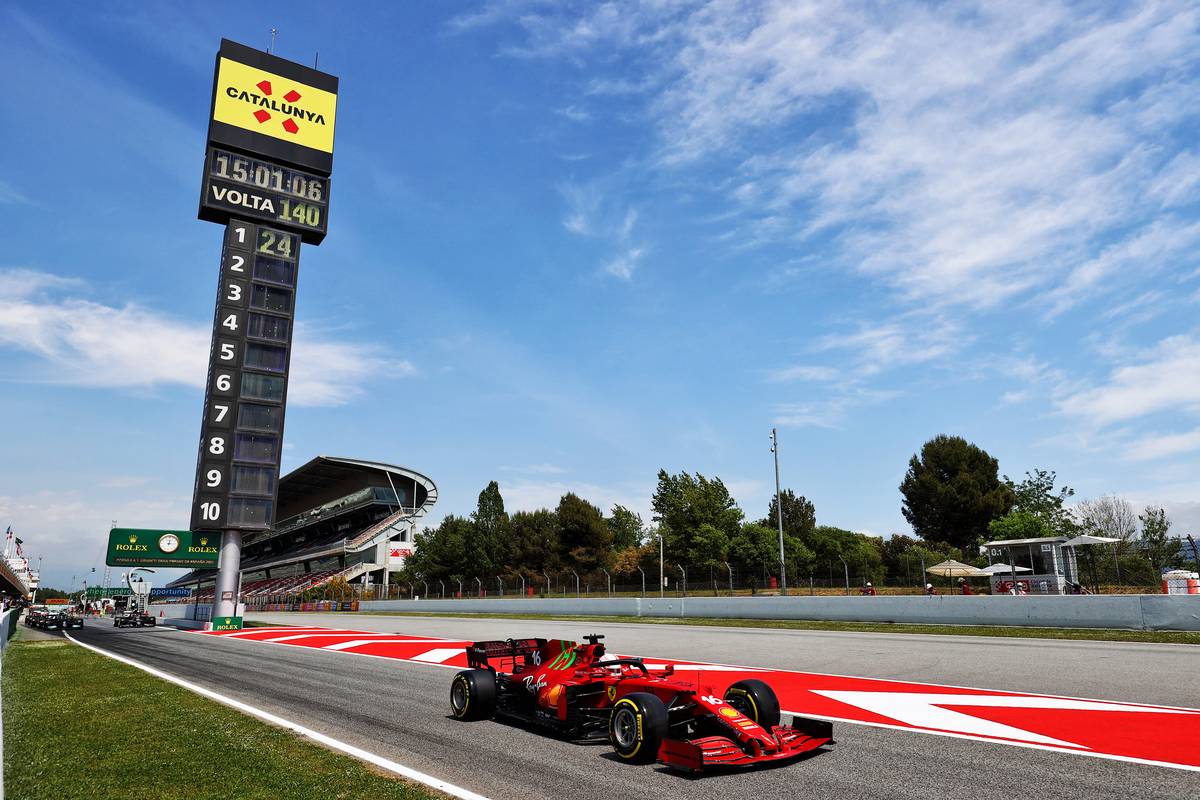 Norris subsequently split the two Astons but he was nearly a second slower than the leading Mercedes. Gasly was more successful on his soft tyres to move into third place ahead of Verstappen, with Ocon improving to fourth ahead of better times from Sainz and Gasly. Verstappen was late to make the switch, but he got wildly out of shape in the newly remodelled turn 10 on his first run on the option tyre

That left Verstappen on the back foot as teams started to turn their attention away from qualifying and towards longer distance race simulations for the second half of the hour-long session. Neither he nor Perez exhibited particularly impressive pace on these runs, but the pit wall reassured their drivers that everything was looking good for the weekend. Perez' soft tyres did exhibit a lot of blistering, while Verstappen picked up some front wing end plate damage in the final minutes.

With little to disrupt the standings as the cars continued to pound round until the chequered flag, Hamilton and Bottas remained in control but with Leclerc close behind. He was followed by Ocon and Alonso, Gasly and Tsunoda, then Sainz in eighth ahead of Verstappen and Perez, leaving Vettel just outside the top ten ahead of Norris and Antonio Giovinazzi.