Alfa Romeo boss Frederic Vasseur believes that his team has made a big step forward in 2021, even if this hasn't been fully reflected in the race results so far.

The Italian squad is yet to pick up any points in the first four races of the season, after Kimi Raikkonen's top ten finish at Imola was wiped out by a 30-second post race penalty for a rules infringement.

Raikkonen then crashed out of the following Grand Prix in Portugal when he ran into the back of his team mate Antonio Giovinazzi at the end of the first lap.

A daring tyre strategy saw the Finn running as high as fifth in Barcelona, only to end up just outside the points once again.

But Vasseur says than this year's improved Ferrari power unit has put Alfa Romeo back on the front foot again, and that the results were sure to come.

“Compared to last year, we have made a big step forward in terms of the pure performance of the car,” he told Motorsport-total.com this week.

“Last year at Barcelona we were 2.8 percent away from the fastest time in the first practice session," he pointed out. "This time it was 1.5 percent. That’s one and a half, even if the race pace is a different story.

“I’m not worried. As long as the pace is there, it will pay off at some point," he said, confident that the run of bad luck experienced by the team will turn sooner rather than later. 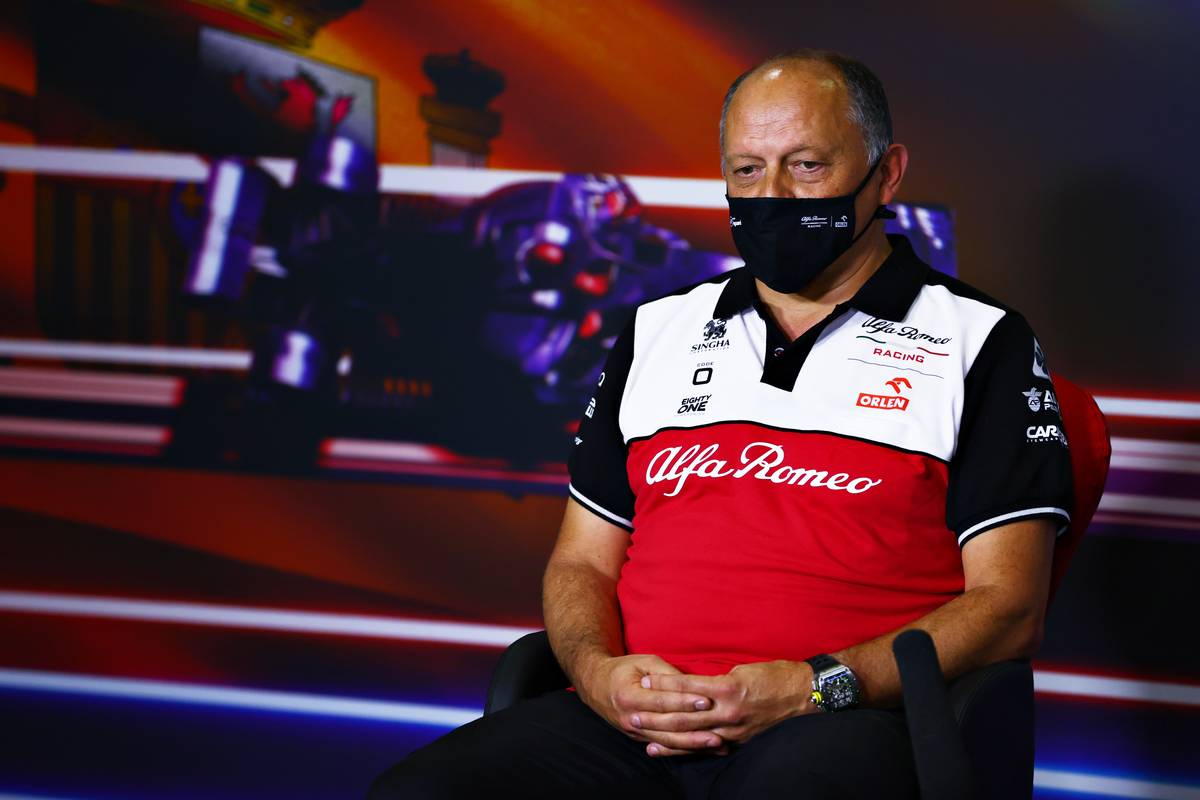 “You have to be in the right place at the right time, you have to avoid mistakes and maybe we are having a few problems getting it all together right now," he acknowledged.

Vasseur is also hoping for better things to come from Giovinazzi, admitting that it wasn't easy to be paired up with a former F1 world champion.

“It is certainly not easy next to Kimi," he agreed. "In the beginning he had a few problems finding his place, but he is becoming more and more confident."

So far this season, the 27-yer-old Italian's best result has been 12th place which he achieved at Bahrain and then again in Portugal where he crossed the line just behind Ferrari's Carlos Sainz.

“Twelfth place is not our goal," Vasseur said. "But if we finish right behind Sainz in all races, I think we will also score!"

Giovinazzi's Spanish GP was wrecked by freak damage to the valve of one of his replacement tyres, resulting in a lengthy initial pit stop and an enforced change of strategy for the final stint of the race which saw him finish in 15th place.