American driving sensation Colton Herta has signed a multi-year deal to stay in the NTT IndyCar Series with Andretti Autosport until 2023.

The 21-year-old driver from California romped to his fourth win in the championship last month with victory in last month's Firestone Grand Prix of St Petersburg, his first on a street circuit.

“Colton has already shown so much potential in the short time he’s been in the series," team boss Michael Andretti said.

"If the start to the 2021 season is any indication of the future success for the #26 car’s program, I think we have a lot to look forward to over the next few years.”

“I’m incredibly happy to be back with Andretti Autosport for the next two years,” Herta said. “I’ve grown so much with this team.

"It was a no-brainer when I got the chance to re-sign with Michael," he added. "There’s no doubt in my mind that we’ll be threats everywhere we go.”

Herta has been strongly tipped as the leading driver from the United States to make the leap from IndyCar to Formula 1, which is actively seeking to promote American drivers into the Grand Prix paddock.

And despite this weeks' announcement of a new contract, Herta is keeping the door slightly ajar in case one of the top F1 teams comes calling.

"If I would get the call to go to Haas or something, it would be something I’d be interested in," he said at St Pete. "But only if it was from a Ferrari-backed program."

If it happened, it would likely be with the full backing of his current team. Former F1 world champion Mario Andretti recently declared that he was "pushing like hell for Colton" to make the transition to F1. 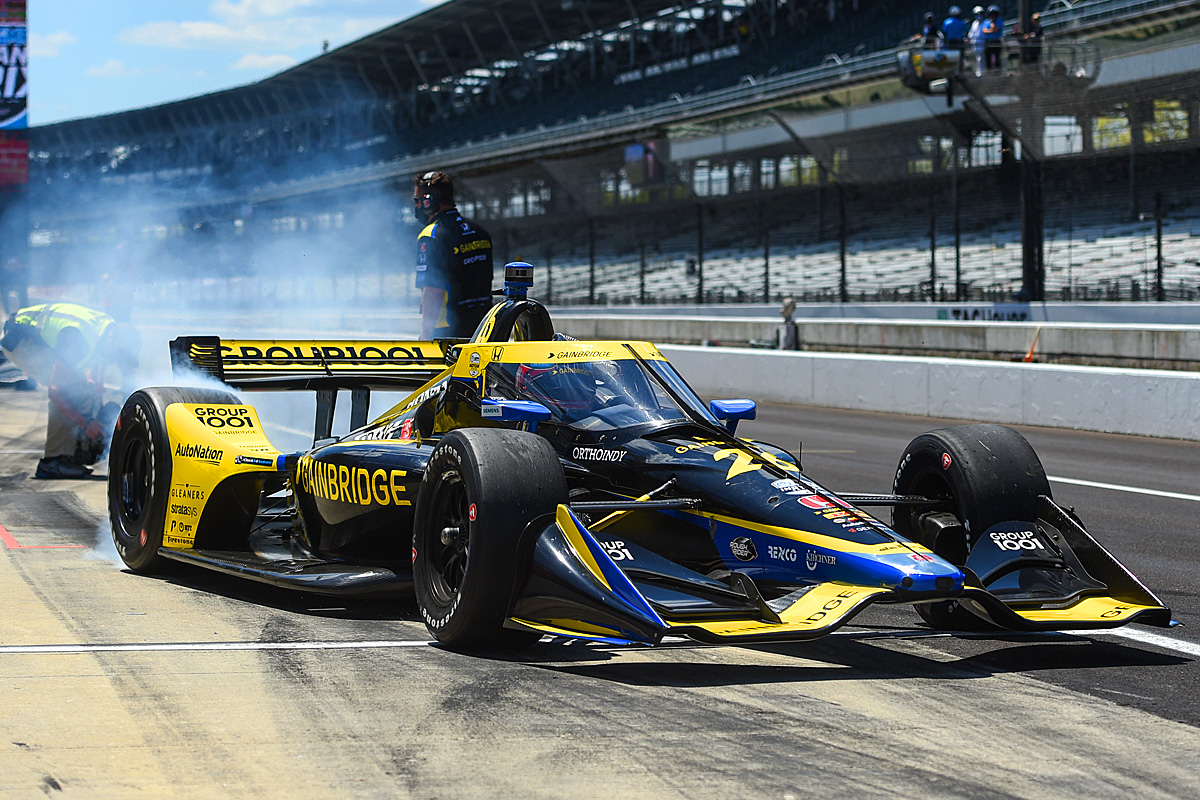 "He’s very quiet and unassuming. He’s not pushy, but I see a quality there," the racing icon declared. "A Formula 1 quality."

Mario's son and race team manager Michael has previously said that he wouldn't necessarily block the move if the right F1 came calling for Colton.

“From a selfish standpoint, I’m hoping he drives for me for many, many, many years,” he told RACER magazine. “But then again, I don’t want to stand in his way.

“If a team like Ferrari calls him, I’m not going to stand in his way on it," he said. "But if one of the teams in last or second to last position in the championship over there calls, then I might say, ‘Yeah, I’d want to keep you here.’"

American-based F1 team Haas has denied that it's taken any concrete steps toward signing an American driver for future seasons, despite strong encouragement from F1 CEO Stefano Domenicali.

Herta will start today's GMR Grand Prix at Indianapolis from eighth on the grid, with former F1 driver Romain Grosjean on pole position.

It's only Grosjean's third outing with Dale Coyne Racing since leaving Haas F1 at the end of 2020, following a huge accident in Bahrain.