Alfa Romeo revealed that Antonio Giovinazzi's costly early pit stop in Sunday's Spanish GP was caused by a damaged valve that deflated the tyre before it was set to be fit.

Giovinazzi, running in 15th position in the opening laps of the race, was the first driver to enter the pits when the safety car was deployed on lap 8 following the stoppage at Turn 10 of Yuki Tsunoda's AlphaTauri.

The tyre-change appeared to be going to plan when the mechanic assigned to the Alfa's front-left wheel frantically pointed to the new tyre being deflated, which forced Giovinazzi's crew to retrieve and fit a complete alternative set of medium tyres.

Overall, the eventful pit stop cost the Italian 32 seconds, but also crucially deprived him later in the race of a second set of medium tyres.

Alfa Romeo head of trackside engineering Xevi Pujolar later explained that a valve on the wheel had been damaged at some point just before the pit stop, which resulted in the tyre losing pressure. 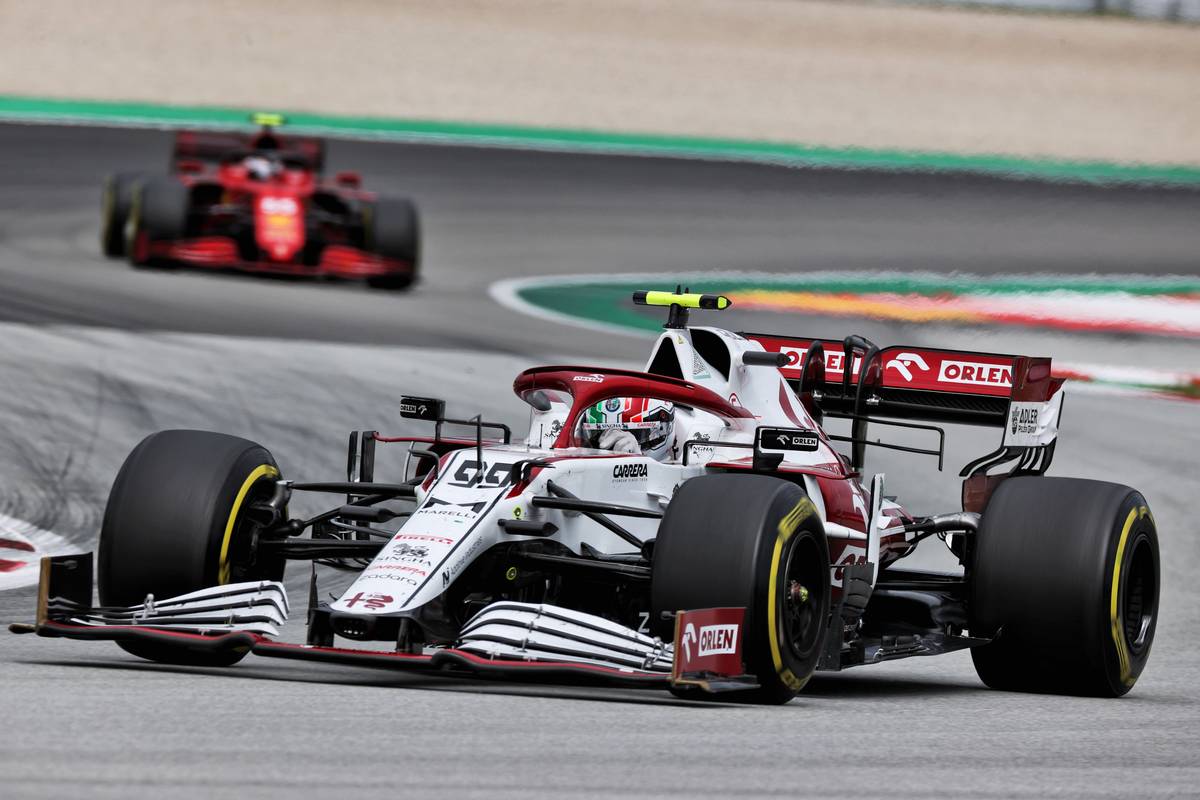 "It was an operational problem when just picking up the set at one point when getting everything ready in the garage that damaged the valve," said Pujolar.

"We have got a monitoring system and it was OK when the race started, but at some point in the garage it then went wrong – we think a couple of laps before the pitstop."

Unfortunately, the incident was followed by another issue for Giovinazzi who rejoined the proceedings but wasn't allowed to catch up with the pack as the Italian was forced to run on his out lap to a specific FIA delta behind the safety car.

"My steering wheel was not working behind the safety car because it was still the delta to follow," said Giovinazzi.

"So when I started at the green flag I was 10 seconds behind. So yeah, just a shit race from beginning to end."

Pujolar believed a potential spot in the points instead of a lowly P15 could have been possible for Giovinazzi without the adverse set of circumstances.

"We should have been able to recover because it was a safety car," he said "If we didn’t have the problem with the dash [showing the delta], I think we were pretty much there at the back of the group.

Pujolar had no explanation for the safety car delta discrepancy that appeared on Giovinazzi's dash.

"We're talking to the FIA, we can't understand why we had this problem," he said. "And yeah, I don't know yet.

"It's a shame, because the time that we lost, and we lost already one set of tires, and then we lost time that costs him, and then he was falling in traffic. And it cost him then a lot in the race."

Hamilton 'learned a lot' about Verstappen in Spanish GP 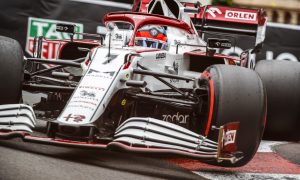