McLaren boss Zak Brown thinks it's only a matter of time before Lewis Hamilton and Max Verstappen come to blows on the track, and that could create an opportunity for the Woking-based outfit.

Hamilton leads his arch-rival three wins to one and by 14 points in the Drivers' standings after four races, although Verstappen has actually led more laps than his opponent.

As the intensity of the pair's on-track battles surges with each passing race, Brown believes an inevitable clash is lurking up ahead

"I think rivalries are great for the sport and having those two guys go at it is good," Brown said, speaking at the launch of McLaren's one-off Gulf livery for this week's Monaco Grand Prix.

"Hopefully, at some point over the course a year, that creates an opportunity for us, because I think it is just a matter of time until they both are determined to not let up in to Turn 1 and neither come out." 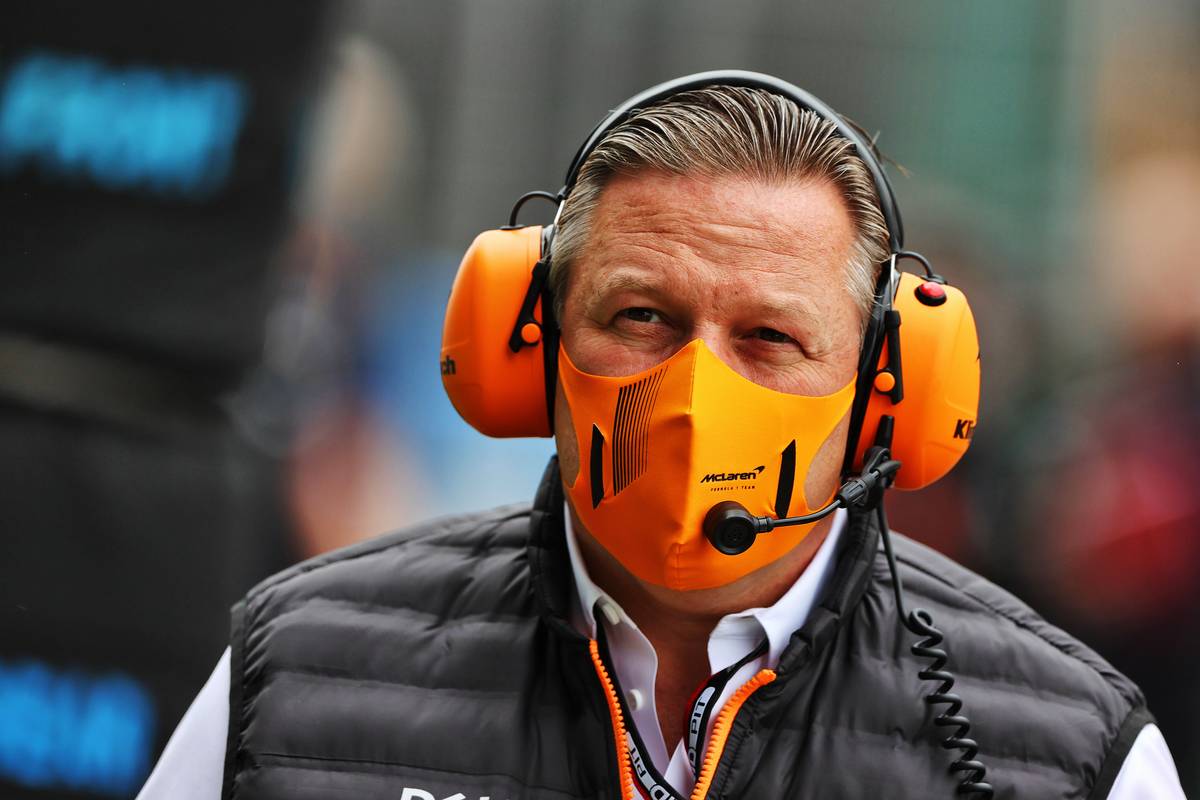 Regardless of the outcome of the battle between Hamilton and Verstappen, the close fighting is a big benefit for Formula 1 insists Brown.

"I think it's great for F1," said the American. "Lewis has had a pretty easy ride out, apart from his one year with Nico [Rosberg].

"So I think it's a great rivalry. I think Max has gotten Lewis to step up, not that he's needed much stepping up. But he's definitely on his A game.

"I think it's clear that Lewis is a very smart driver. You can just see him sitting there waiting to strike and isn't kind of over eager. I think that's his experience coming through."

McLaren's Lando Norris believes a good part of the on-track tension between F1's two front-runners is created by Verstappen, who needs to go out on a limb to gain an edge on his rival because he has a slower car.

"Max goes for those opportunities, like Turn 1 [in Spain]," said Norris. "It was quite a risky thing.

"If Lewis had turned in, they would have crashed. So Max was pretty committed with his move. But they are the opportunities Max needs to take at this stage because they [Red Bull] are a bit slower.

"But it's also what makes it fun, because then Lewis has to come back through and try to get past him. So it's fun."