Charles Leclerc succeeded in clinching pole in his home Grand Prix in Monaco, the first time that Ferrari will start a race from the front since Mexico in 2019.

However Leclerc ended the session in the wall at the exit of the Swimming Pool, leaving the team with work to do to get the SF21 repaired in time for Sunday's race.

Red Bull's Max Verstappen will start alongside Leclerc, with Valtteri Bottas and Carlos Sainz on the second row after a poor session saw championship leader Lewis Hamilton consigned to seventh on the grid, his worst grid spot in almost three years.

Alpine's Fernando Alonso was a notable casualty at the end of Q1 and will start from 17th place on the grid in tomorrow's race, while McLaren's Daniel Ricciardo sounded distressed to miss the cut at the end of Q2 by a whisker. 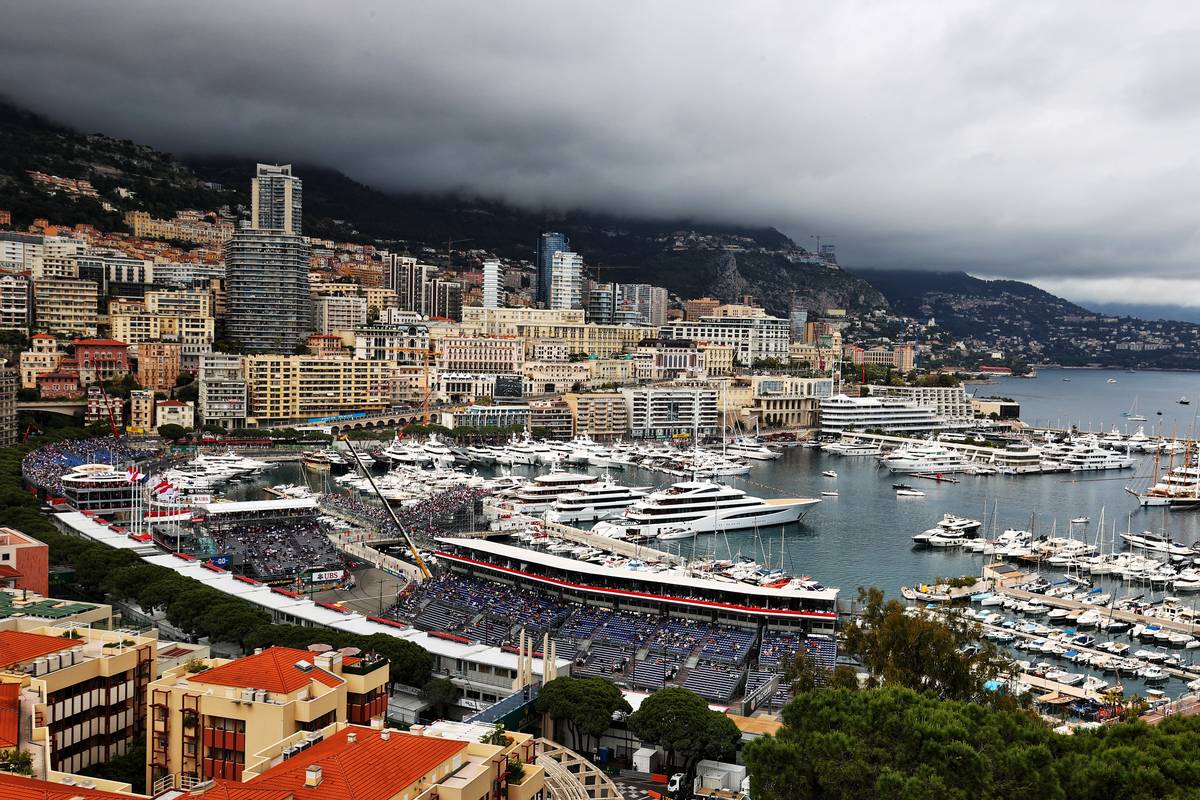 Overnight rain followed by cooler temperatures in the morning had led to a tricky final practice session on Saturday morning, with accidents for Nicholas Latifi and Mick Schumacher. While Williams were able to repair Latifi's car in time for the start of qualifying, the damage to the Haas was too significant and Schumacher was left watching on from the sidelines. But the big question was whether Mercedes could rediscover their pace after a lacklustre build-up had handed the momentum to Ferrari and Red Bull.

Q1: Bottas quickest from Leclerc as Alonso misses the cut

First out on the soft compound tyres was George Williams, but there was a long line of cars waiting on pit lane to follow the Williams out on track. It was Alfa Romeo pair Antonio Giovinazzi and Kimi Raikkonen who set the early pace, with the Italian opening his account with a time of 1:13.429s. This was soon bettered by Red Bull's Max Verstappen, before Lando Norris briefly put McLaren on top with a time of 1:12.676s.

By then, Mercedes had entered the fray with Valtteri Bottas going top with a time of 1:11.794s while his team mate Lewis Hamilton was a subdued sixth. Carlos Sainz then became the first Ferrari to lay down the gauntlet with a lap of 1:11.341s, two tenths quicker than Verstappen and Charles Leclerc. Norris soon returned to the top by two hundredths, as Hamilton improved to move ahead of Bottas with his second run.

A lap of 1:11.124s then saw Verstappen go quickest, before Bottas' next push lap clocked in at 1:10.938s, the fastest of the weekend so far and 0.175s ahead of Leclerc's latest bid. Meanwhile a good run from Russell had put the Williams safe at the expense of the two Alpines of Fernando Alonso and Esteban Ocon, with both in the elimination zone along with Latifi and Nikita Mazepin.

Ocon's final effort was enough to push him to safety, and it was AlphaTauri's Yuki Tsunoda who missed the cut in his stead when the chequered flag came out, along with Alonso, Latifi and Mazepin. Just squeaking through to survive on the bubble was Aston Martin's Sebastian Vettel. 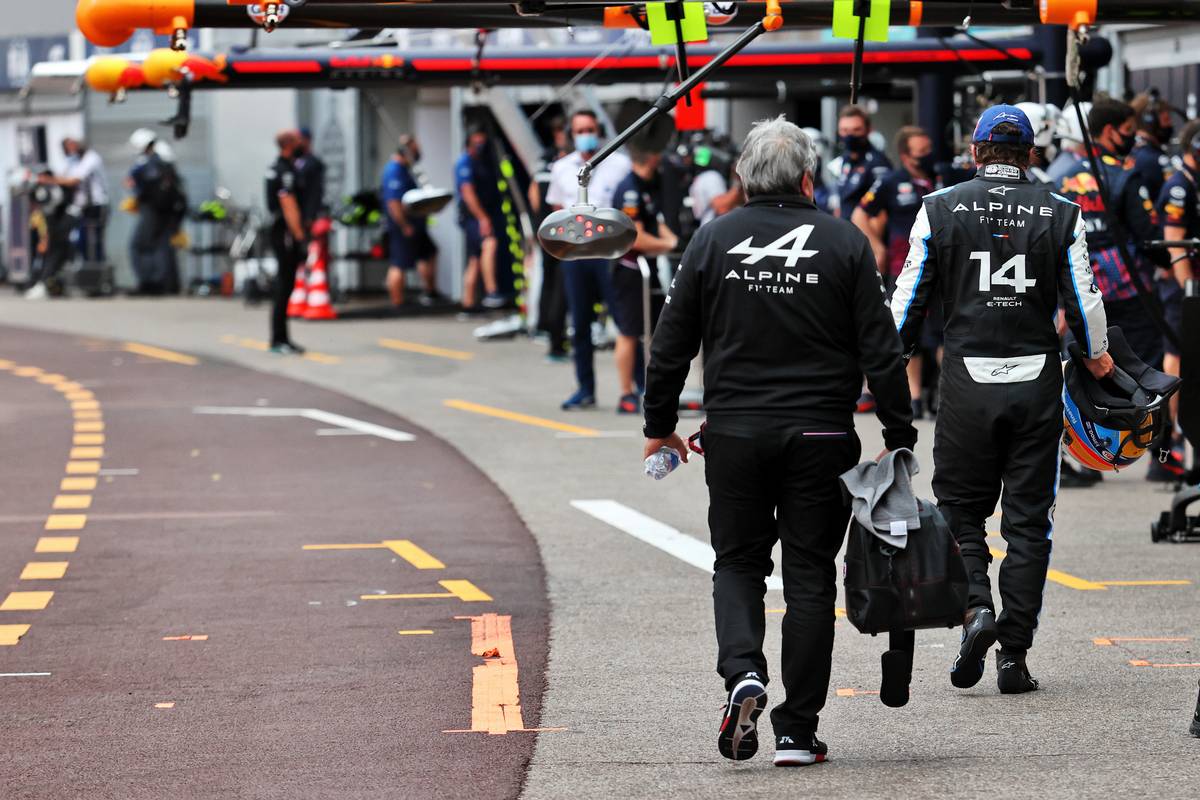 Q2: Leclerc goes top ahead of Verstappen, Ocon and Ricciardo fail to progress

In no time at all the session was back underway for round two, with AlphaTauri's Pierre Gasly leading the two Ferraris out on track when the green lights came on at the end of pit lane. Soft tyres were once again the universal choice, and Raikkonen was the first to set a proper representative lap with a time of 1:12.018s. That was soon bettered by Aston pair Vettel and Lance Stroll, and then by the Red Bulls of Verstappen and Sergio Perez.

Leclerc briefly took the honours before his team mate Sainz once again found a couple of tenths extra with a lap of 1:10.806s. Meanwhile the two Mercedes of Hamilton and Bottas slotted into fourth and fifth behind Verstappen and ahead of Perez, before Norris caused everyone to shuffle down a spot by taking second place and splitting the two Ferraris at the top in the process.

Verstappen then improved to go top with a time of 1:10.650s while Leclerc's latest was enough to put the local boy back to third ahead of Norris. Daniel Ricciardo also dug deep to claw his way into the top ten, leaving Giovinazzi, Stroll (having brushed the wall), Ocon, Raikkonen and Russell as the five drivers facing elimination as the clock ticked down.

Everyone was back for one final run, Gasly improving his time but staying eighth while Bottas was able to move ahead of Norris in fourth and subsequently pip Sainz for third. Hamilton also found some extra time but remained behind the McLaren as Perez picked up sufficient pace to move ahead of them both in fifth, but it was Leclerc who managed to go best of all by 0.053s from Verstappen.

However a disconsolate Ricciardo found himself bumped out of the final round by a late spurt from Giovinazzi; joining the Aussie on the sidelines at the end of the session were Ocon, Stroll, Raikkonen and Russell. 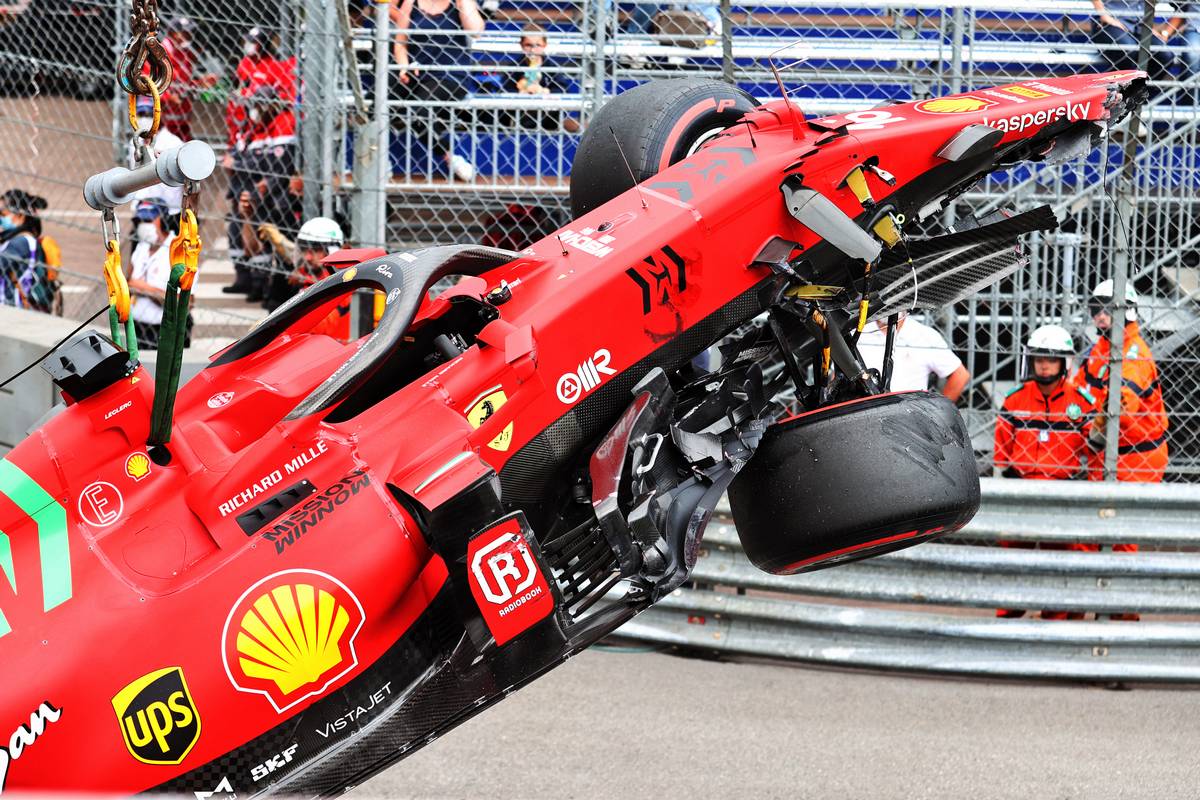 Q3: Leclerc on pole despite late crash, Hamilton left down in seventh

It was straight back to work for the start of the top ten pole shoot-out, with any one of six drivers very much in contention for prime position on the grid. Verstappen pushed hard to set a first lap of 1:10.576s which was a mere six hundredths quicker than Bottas, with Giovinazzi and Gasly over a second off and the others opting to take an extra warm-up lap before going for a serious push.

With Verstappen immediately pitting after his run, his time soon fell to Leclerc who crossed the line with a lap of 1:10.346s, Sainz only doing enough for third. Hamilton continued to struggle in fifth and was three quarters of a second off the provisional pole, and soon beaten by a better run by Gasly.

A good run to fifth for Norris pushed Hamilton even further down to the order to seventh, a potentially seismic outcome in the ongoing battle for the world championship. While there was still time for everyone to pit and take on new tyres for one final run, it was coming down to the wire for everyone involved.

Verstappen once again let it all hang out, but a lock-up prevented him from improving on his initial run. Norris could also find nothing more, while traffic left Perez mired in ninth behind Vettel. Hamilton brushed the wall on his next attempt and backed off with the expectation of having one last chance, but this evaporated when a red flag came out for Leclerc finding the wall at the exit of Swimming Pool where Latifi had previously gone astray in FP3. It caused a premature finish to the session and confirmed the Monegasque on pole for Sunday - provided the Ferrari can be repaired overnight without penalty.

Leclerc can expect to be joined on the front row of the grid by Verstappen, with Bottas and Sainz immediately behind them. Norris kept hold of fifth ahead of Gasly, but Hamilton suffered his worst qualifying of the season so far and was left in seventh ahead of Vettel, Perez and Giovinazzi.